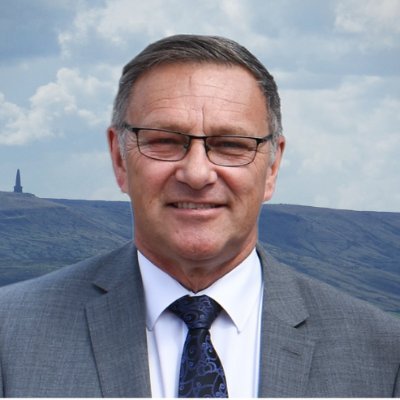 SENIOR Asian and black leaders have condemned a Conserva­tive MP for his “despicable racist views”, accusing him of “dividing communities” after he blamed the rise in Covid-19 infections on “Asians and immigrants”.

Craig Whittaker, the MP for Calder Valley told LBC last Friday (31), “What I have seen in my constituency is there are sections of the community that are not taking the pandemic seriously.”

In the same interview, Whit­taker confirmed his criticism was aimed at Muslims, Asian people, and immigrants, a position he de­fended later that day during a BBC interview.

Last Friday, the health secre­tary, Matt Hancock, introduced measures forbidding different households from parts of the north of England and Leicester from mixing in private homes or gardens. The rules came hours before the Eid al-Adha festival.

“By failing to condemn (Craig) Whittaker, the prime minister once again demonstrated his per-sonal tolerance for racism,” Web­be added. “The government should be ashamed at their in­flammatory attempts to deflect from their own failures.”

“It is irresponsible to make such comments because it will only fur­ther divisions in our society,” said Asim. “It’s health inequalities which have led certain groups to be more prone to the virus. Any­one making careless, irresponsi­ble comments or inciting racial hatred and making racist com­ments should apologise.”

“Do we now categorise all by race? So white tan seekers vs BAME folk in Craig’s world? This divisive nonsense must stop.”

Warsi has complained for several years that she believes the Conservative party is Islamophobic.

Eastern Eye understands that MPs from the affected areas were told about planned restrictions during a virtual meeting with Baroness Dido Harding, who is leading the government’s Test and Trace programme, hours before they came into force.

“Several incensed Conservative MPs tried to make the argument to say it was south Asian communities who were at fault for the spike in their constituencies,” said one source. “Dido shut it down straight away and refuted those claims.”

The new restrictions apply to nine ar­eas in the north and northwest of Eng­land. They include Greater Manchester, whose elected mayor, Andy Burnham, is critical of Whittaker.

“As a former MP, I don’t think it’s a good idea ever to make sweeping gener­alisations about your constituents, par­ticularly a poor idea to single out one group in your community for such com­ments. As our figures show, there is a minority of people in all communities who perhaps have not followed as closely as they should have done. I really don’t think those comments are helpful at all.”

Meanwhile, Manchester city council said people “should not be alarmed” by the declaration of a major incident, de­scribing it as “standard practice”.

One of the northern towns facing re­strictions is Oldham. Last week, the num­ber of coronavirus cases per 100,000 population went up from 19 to 57, a spike of 38.

Its former Labour mayor, Riaz Ahmad, knows about racial tensions. His home was fire-bombed during the town’s race riots in May 2001, while his family and he were sleeping. The councillor cancelled plans for Eid celebrations after Hancock’s announcement via Twitter.

As someone who lives in a multigen­erational household, Ahmad’s is one of the families Whittaker would appear to be criticising. What does he think about the MP’s comments?

“It’s nonsense. I went into quarantine as soon as the government announced its lockdown because I fall into the vulnera­ble category,” he said.

“We haven’t been out to work for months. We wear masks and gloves when we go out. We take our personal safety and that of our country’s very seriously. In fact, last Monday as soon as we real­ised the figures had spiked, I went and got myself tested, and thankfully I was negative and by the grace of God, so are my family.”

However, Lord Rami Ranger does not think Whittaker is racist. He told Eastern Eye that “public safety trumps political correctness”. But he wanted to see the evidence which shows minority ethnic groups were wilfully ignoring the rules.

“I don’t have the evidence, and I don’t think he (Whittaker) has the authority to categorically say what he has said,” the Conservative peer remarked. “What he could have said is that south Asian peo­ple were more at risk from contracting the virus than other groups because they might be living in overcrowded houses. He may have meant well, but his com­ments have come across as derogatory.”

According to the Local Democracy Reporting Service, figures published on Monday (3) revealed that one Leicester­shire area has a higher seven-day infec­tion rate than Manchester.

Melton saw cases jump last week and now ranks eighth in the UK list. This comes directly below Trafford, one of the areas said to be the reason new restric­tions were introduced in the north. The Leicestershire bor­ough now has a rate of 37.2 cases per 100,000 peo­ple, up from 17.6 cases per 100,000 last week.

In real terms, the area saw 19 new cases confirmed in the seven days before last Thursday (30). In the week before July 23, it saw just nine. Both Trafford and Oldham have small south Asian populations, 7.9 per cent and 1.5 per cent, respectively.

Burnham said Whittaker should have focused his efforts elsewhere.

“It’s a question of supporting all com­munities, giving clear messages to them, the help they need to follow the guid­ance. As a member of parliament he should be challenging the govern­ment to ensure that the level of support is being provided, and his council has the resources on the ground to do the contact trac­ing that the national system which is missing.”

Leicester is among the places where it is illegal for separate households to meet indoors or in their garden. The city-based Fed­eration of Muslim Organisations (FMO) called Whittaker’s com­ments “incendiary”.

“The truth is that we called over 100 imams from the mosques and committee members for a meeting,” said its spokesman Suleman Nagdi. “We had a sci­entist, a virologist and a couple of doctors. Our message was that we need to be con­cerned not only for ourselves or our community, but for the whole of the city and county. That meant mosques and madrassas would have to be shut down immediately. That was five days before the first lockdown in March. We’ve been proactively hammer­ing home safety messages since and tak­ing this pandemic very seriously.”

The FMO said rather than divide the city along racial and religious lines, the pandemic and the spike have brought faith communities together. In the past 10 days, 68 religious and civic leaders, in­cluding the Bishop of Leicester, Leicester­shire’s chief constable and three of the city’s MPs signed a letter urging people to follow the rules.

Last Tuesday (28), the chair of Leices­ter’s Council of Faiths, Fayyaz Suleman, wrote to the health secretary urging him to end the city’s lockdown. Eastern Eye has seen that letter, which said that faith leaders had carried out “a successful community-to-community messaging that we have delivered in collaboration with the local NHS”.

“This resulted in over 30 faith groups sending messages in 15 different lan­guages to over 26,000 people directly in the high prevalence zones and many thousands more indirectly via sharing,” continued Suleman.

“By easing the lockdown, we will also allow places of worship and faith groups to pick up the pieces in supporting the mental and spiritual wellbeing from the effects of this virus and lockdown.”

The government has now eased lock­down measures in Leicester. The Depart­ment of Health and Social Care has let the city’s restaurants, cafes, bars and hairdressers open from Monday (3), but leisure centres, gyms and pools must stay shut.

Asim, who is also a senior imam at the Makkah Mosque in Leeds, said Whittaker should not name and shame one particu­lar group.

“Explain the evidence and how you’re going to tackle the problem rather than cause divisions,” he said. “Muslims cele­brated their festival of sacrifice with a dampened spirit, yet we’ve seen in places around the country mass gatherings on beaches and people going out and party­ing, so there needs to be consistency when we single out a community.”

Eastern Eye approached Whittaker, the Cabinet Office, Number 10 and Conserv­ative party headquarters for a comment. The paper asked whether anyone had complained about the Calder Valley MP or if there would be an investigation into his comments and if they damaged the party and made it appear Islamophobic and racist. They declined to comment.

However, independent members of the anti-Muslim hatred working group have made their feelings clear.

“Parliament, the government, and those in senior positions need to call out anyone who incites hatred, otherwise it legitimises hatred. As far as I’m aware no one has called it out,” Asim said.