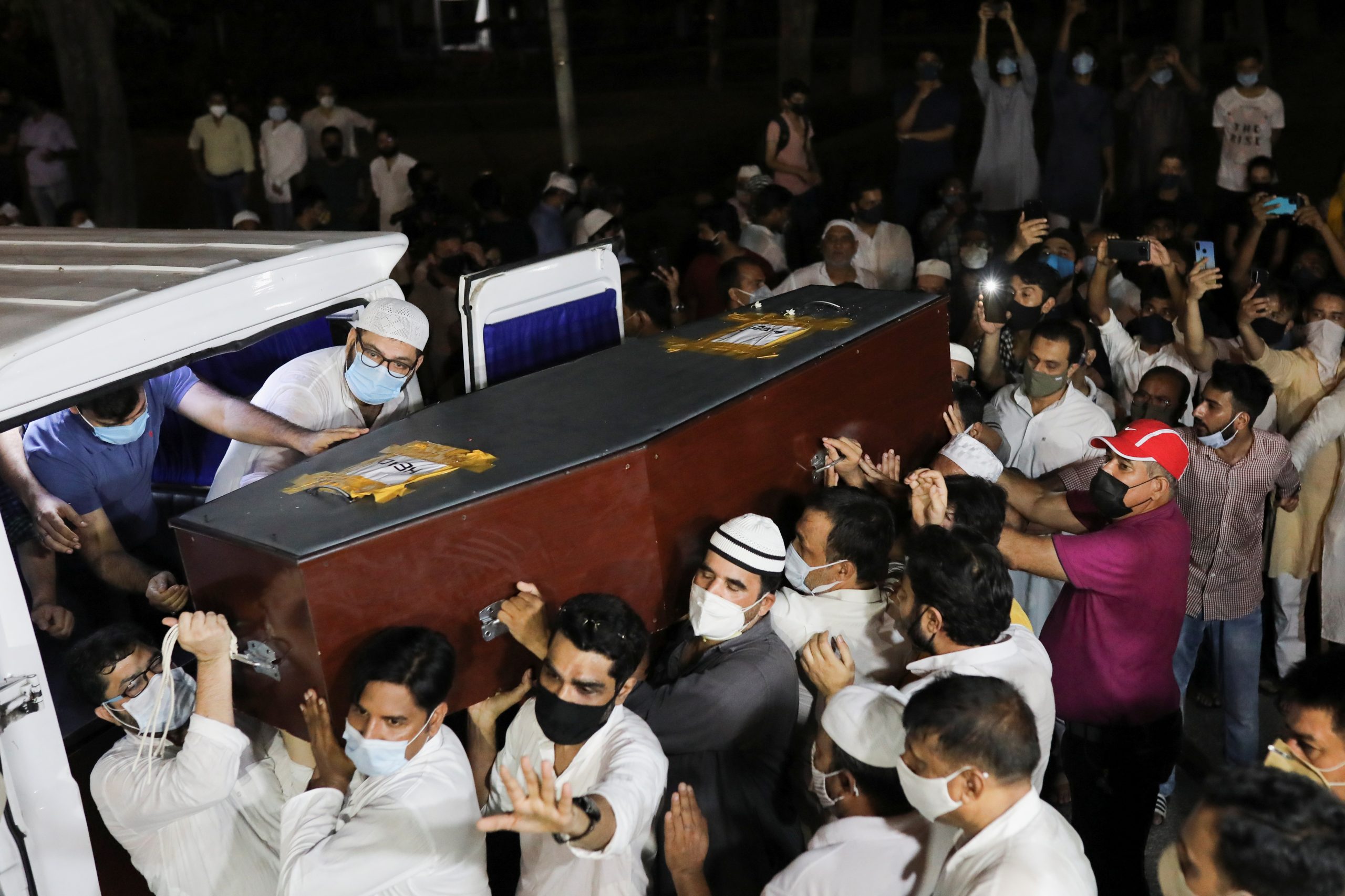 People carry the coffin of Danish Siddiqui, who was killed in Afghanistan. (REUTERS/Francis Mascarenhas)

Pulitzer Prize-winning photojournalist Danish Siddiqui was buried in India’s capital on Sunday (18), two days after he was killed covering fighting between Afghan security forces and the Taliban near a border crossing with Pakistan.

Siddiqui, an Indian national with the Reuters news agency, was embedded with Afghan special forces in the former Taliban bastion of Kandahar when he died, the news agency said on Friday (16).

The 38-year-old’s body arrived in New Delhi on a flight from Afghanistan late on Sunday (18) and his coffin was taken to his home where hundreds of friends and news media colleagues had gathered outside.

An estimated 500 people later took part in final prayers for Siddiqui at his alma mater, Jamia Millia Islamia university, in Delhi, according to an AFP photographer at the campus.

He was then buried in the graveyard on the university campus.

Tributes had poured in for Siddiqui in India after reports of his death.

Candlelight vigils were held by journalists in several Indian cities on Saturday (18).

Siddiqui was part of a team that shared the 2018 Pulitzer Prize for Feature Photography for documenting the Rohingya refugee crisis.

He had also covered the war in Iraq, the Hong Kong protests and Nepal earthquakes since he started working for Reuters in 2010, the agency said.

Afghanistan has long been one of the world’s most dangerous countries for the news media.

Several journalists, including women, have been killed in targeted attacks since the Taliban and Washington signed a deal in February 2020 that paved the way for the withdrawal of foreign forces.