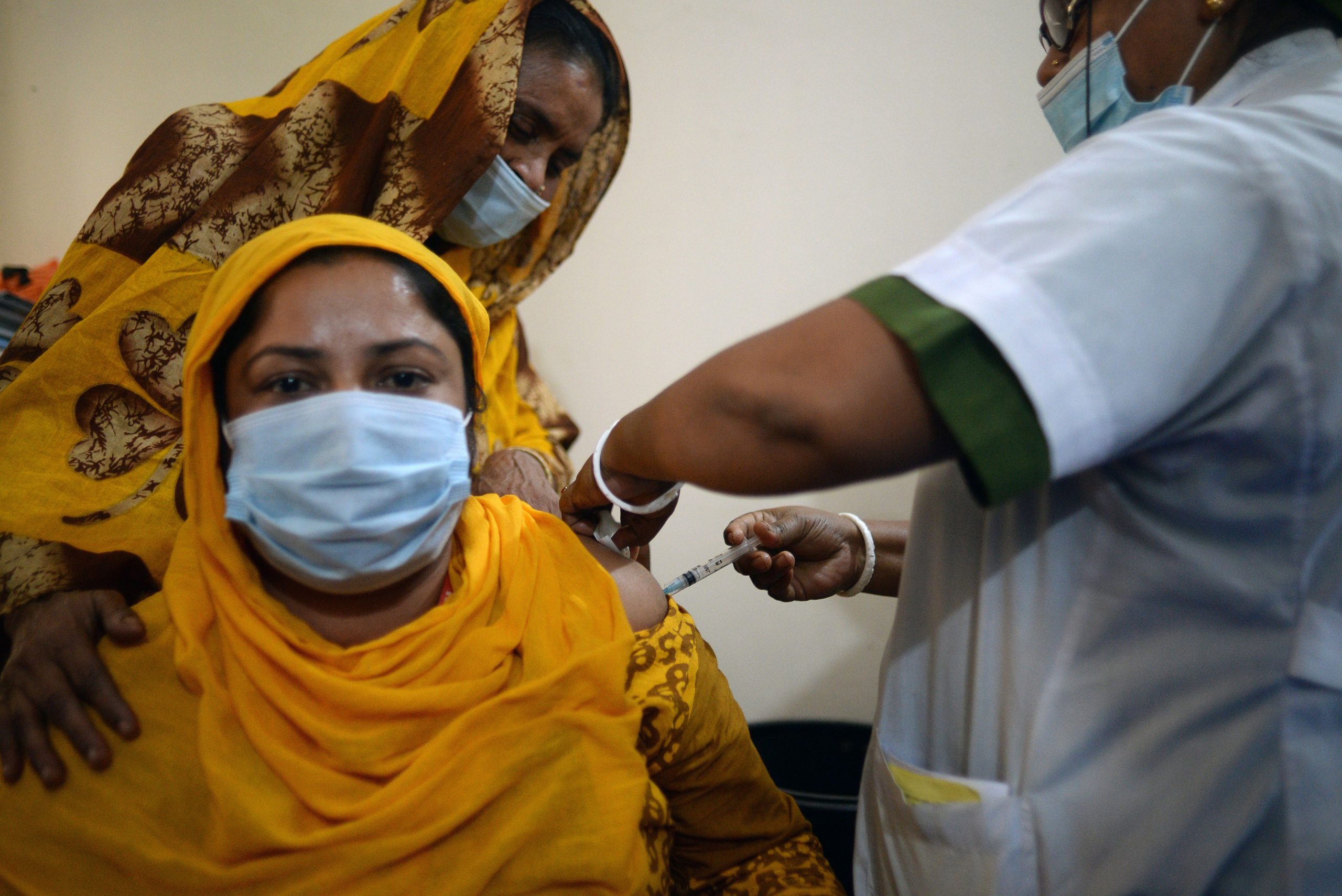 A sex worker from the country’s largest brothel receives a dose of a Covid-19 vaccine in Daulatdia. (Photo by Munir UZ ZAMAN / AFP)

Hundreds of sex workers at Bangladesh’s largest brothel have been vaccinated against Covid-19 in a one-day inoculation drive the participants hope will revive an industry devastated by the pandemic.

Bangladesh, one of the few Muslim nations where prostitution is legal, has at least 11 brothels operational across the country of 169 million.

The western town of Daulatdia, a vast warren of shacks, has been running a brothel for more than a century but the livelihoods of many sex workers have been hit hard by coronavirus lockdowns and fears over contracting the virus.

Authorities have been trying to vaccinate the workers living there but have been hampered by a shortage of supplies.

But they were unable to expand the programme further after New Delhi froze exports.

Officials said the scheme restarted on Wednesday after Bangladesh received millions of vaccine doses from China and from the United States under the Covax initiative.

It was “very satisfying” to witness a strong turnout for the jabs in the town, he added.

About 400 Chinese Sinopharm jabs were administered on Wednesday as first doses, covering most of the remaining eligible population of sex workers, health officials said.

The jabs are only available to workers aged above 25 but many in the brothel are underage girls.

Ruksana, a 26-year-old lining up to receive her first shot, said business had been badly hit by coronavirus lockdowns and fears among clients that they could contract the virus.

“There were days when we had to starve. People died from the corona around the world. But we nearly died of hunger,” Ruksana, who goes by only one name, told AFP.

“We are hopeful (that) as we all are gradually getting vaccines, we will start getting back work.”

Bangladesh has reported more than 1.4 million Covid-19 infections and nearly 25,000 deaths, but experts say the actual figures are likely much higher.

Authorities earlier this month vaccinated about three million people across the country in a special week-long campaign during a major surge in cases that sparked a nationwide lockdown.