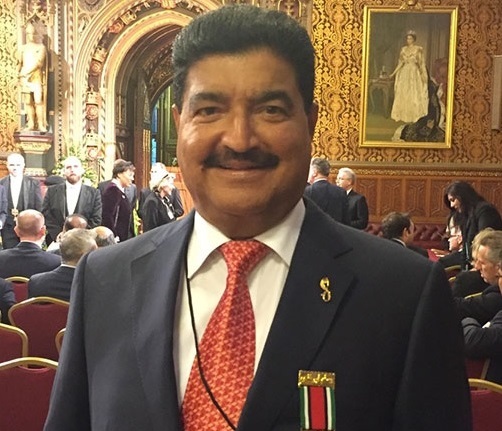 NMC Health, which was once the largest private healthcare provider in the United Arab Emirates, is facing inquiries from agencies in Britain and the US over alleged ‘fraud’.

The Serious Fraud Office in Britain and the department of justice in the US are among global law enforcement agencies and regulators investigating the alleged fraud at NMC, the former FTSE 100 private healthcare group, reported The Times.

NMC’s administrator Alvarez & Marsal has also received information requests from agencies including the US Securities and Exchange Commission and the Financial Conduct Authority and Financial Reporting Council in the UK as part of its investigation into the group’s collapse, the report added.

Alvarez & Marsal was appointed administrator in April last year by creditors, who include Barclays, after an accounting scandal. It has incurred time costs totalling at least £37 million, the latest report to creditors said.

According to The Times report, Alvarez & Marsal warned last August that claims against individuals could take more than five years because the complex, ‘well organised’ alleged fraud was said to have involved the fabrication of historical records, amended account balances and deleted financial documents.

NMC was operating in 19 countries including the US and Britain. The administrator continues to operate the businesses. The sale of Aspen Healthcare, the UK business, whose facilities include hospitals in Wimbledon and Highgate in London, is set to complete in the coming weeks, reports said.

An investigation by Freeh Group, a risk management firm founded by a former FBI director and commissioned by NMC, led to the discovery of $6.6 billion in debt, almost triple the figure that the company reported in June 2019.

The investigation of Alvarez & Marsal stretches back to around the time NMC floated on the London Stock Exchange in 2012. It has secured 19 million records from the group and third parties. The administrator is interviewing shareholders, directors, management, staff and whistleblowers.

The role of the Serious Fraud Office had not previously been disclosed, although its involvement was expected. The Financial Conduct Authority, the City regulator, formally announced it had launched an investigation in February last year, The Times report added.

The Financial Reporting Council, the accountancy watchdog, said last May that it was investigating the audit of EY into the group’s financial statements for the year to the end of 2018.

Shetty, 78, claimed in April last year that he was a victim of an alleged fraud. He is facing a number of lawsuits, including from Barclays, which launched a $130 million legal claim.

Recently, an Indian court refused to let Shetty travel to the UAE, upholding an earlier ruling.