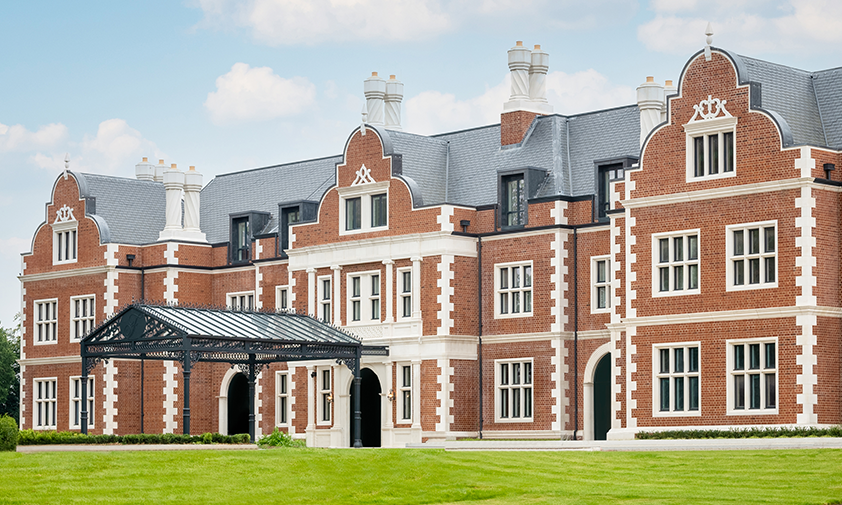 A LEADING Asian businessman has unveiled his countryside luxury hotel, Fairmont Windsor Park, and described it as their “most exceptional development”.

It is part of the Arora Group, run by Surinder Arora.

Singer Sir Cliff Richard attended the recent event ahead of a “grand opening” of the hotel, which is scheduled for New Year’s Day 2022.

Located at the edge of Windsor Great Park and within an hour of London, the hotel features more than 200 rooms and suites and is surrounded by 40 acres of green space, with a lake.

It has been designed to reflect the site’s heritage, according to the group.

Its spa has 18 treatment rooms, a six-person hammam, a multi-person cryotherapy chamber, an indoor pool, a Himalayan salt room, a courtyard hydrotherapy vitality pool and a Japanese Ashiyu foot ritual bath, it said.

Arora Group founder and chairman Surinder Arora said the hotel joins other flagship properties of the firm whose estate has grown “significantly” over the past decade.

“Our team is passionate about offering every guest the absolute highest standards of service. This is so much more than a hotel”, he said.

Fairmont is a “significant opening” for the UK luxury hotel market, Accor chairman and CEO Sébastien Bazin said, adding that the French hospitality group is “proud to be working alongside Surinder Arora and Arora Group” on the new destination in the country.