80 per cet of customers have less than £500 in savings: Lloyds bank

Lloyds Banking Group is the biggest lender to households and small businesses in the UK. 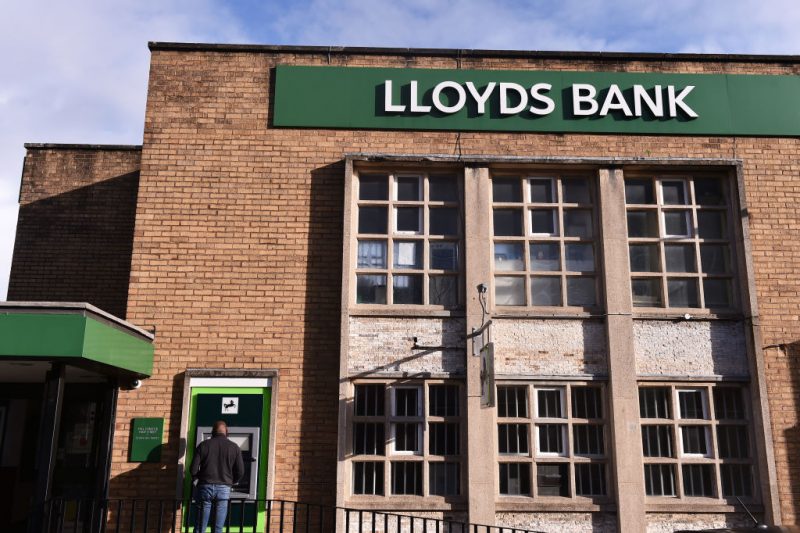 FILE PHOTO: A man is seen withdrawing cash from outside Lloyds Bank on October 28, 2020 in Stoke, England. (Photo by Nathan Stirk/Getty Images)
Follow Us

THE top official of a British bank has said that its customers have less than £500 of savings in their accounts, according to a report.

Charlie Nunn, chief executive of Lloyds Bank said that customers with persistent debt problems jump up by a third in the first six months of 2022, the BBC reported.

He added that most customers are now worried about the cost of living crisis. People in UK are struggling with the soaring cost of food, energy bills and fuel.

According to the bank data, credit card spending on travel was up 300 per cent when compared to last year.

Nunn revealed that 80 per cent of UK customers and families have less than £500 worth of savings in their account.

However, he suggested that the financial position of many customers is ‘healthier’ now than before the pandemic.

The bank boss said that 75 per cent of Lloyd’s 26 million customers were worried about the cost of living, and 20 per cent were cutting discretionary spending to afford essentials.

Lloyds Banking Group is the biggest lender to households and small businesses in the UK.

The chief executive predicted interest rates would rise to around 2 per cent in the next year from the current 1.25 per cent, and added that there will be flat growth in the next few quarters.

“We very much want to support making sure that we don’t build in inflation in a way that isn’t needed. It felt like the right thing for this year. And it was the appropriate action in the context of this unprecedented inflation spike,” Nunn was quoted as saying by the BBC.

Lloyds is exposed to the risk of firms going bust as their input costs soar at the same time as their customers’ incomes dwindle. Nunn revealed that the bank is not prepared such a scenario.