US: Family of Texas entrepreneur fatally shot by police says he wasn’t given enough time to drop his gun

Rajan Moonesinghe was defending his house when a police bullet took his life in Austin in November, says his brother. 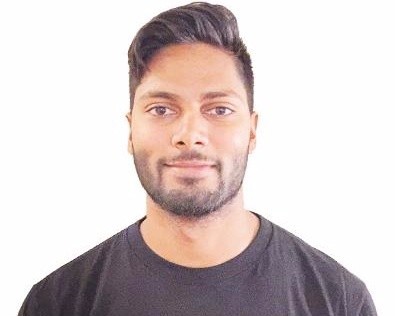 Entrepreneur Rajan Moonesinghe was not given reasonable time to respond to the police order to drop his gun before he was shot dead in Austin, Texas last month, his family said.

When the fatal shooting took place, Moonesinghe was defending his house as he suspected “something strange” was going on around the building, they said.

Moonesinghe, 33, who had co-founded the financial technology company inKind, secured a gun licence in light of recent crime in the area.

Austin police who are investigating the killing admitted officer Daniel Sanchez shot Moonesinghe “immediately after” telling him to drop his firearm.

Detailing the chain of events that led up to his death on November 15, the police said a caller informed them that a “white male” pointed a rifle down the street and later pointed it at the interior of his home and then “fired into his own home.”

In response to the call, Sanchez along with his colleague arrived at the address and gave Moonesinghe a verbal command to drop the gun.

“Immediately after telling Mr Moonesinghe to drop the gun, officer Sanchez fired his department-approved firearm” at him. Moonesinghe who was “struck and fell to the ground” was rushed to a local hospital where succumbed to his injuries, the police said.

“He didn’t look like he was going to shoot anyone,” he told NBC News, adding his brother was “not menacing.”

Their mother Ruth said Moonesinghe was an “amazing gift” who she wanted to hold and say she loved him.

Moonesinghe, who grew up in Los Angeles, graduated from the University of San Diego before he founded inKind with Johann in 2015.

He relocated to Austin to ensure the growth of the financial technology company which has 70 people and financed more than 600 restaurants throughout the US.