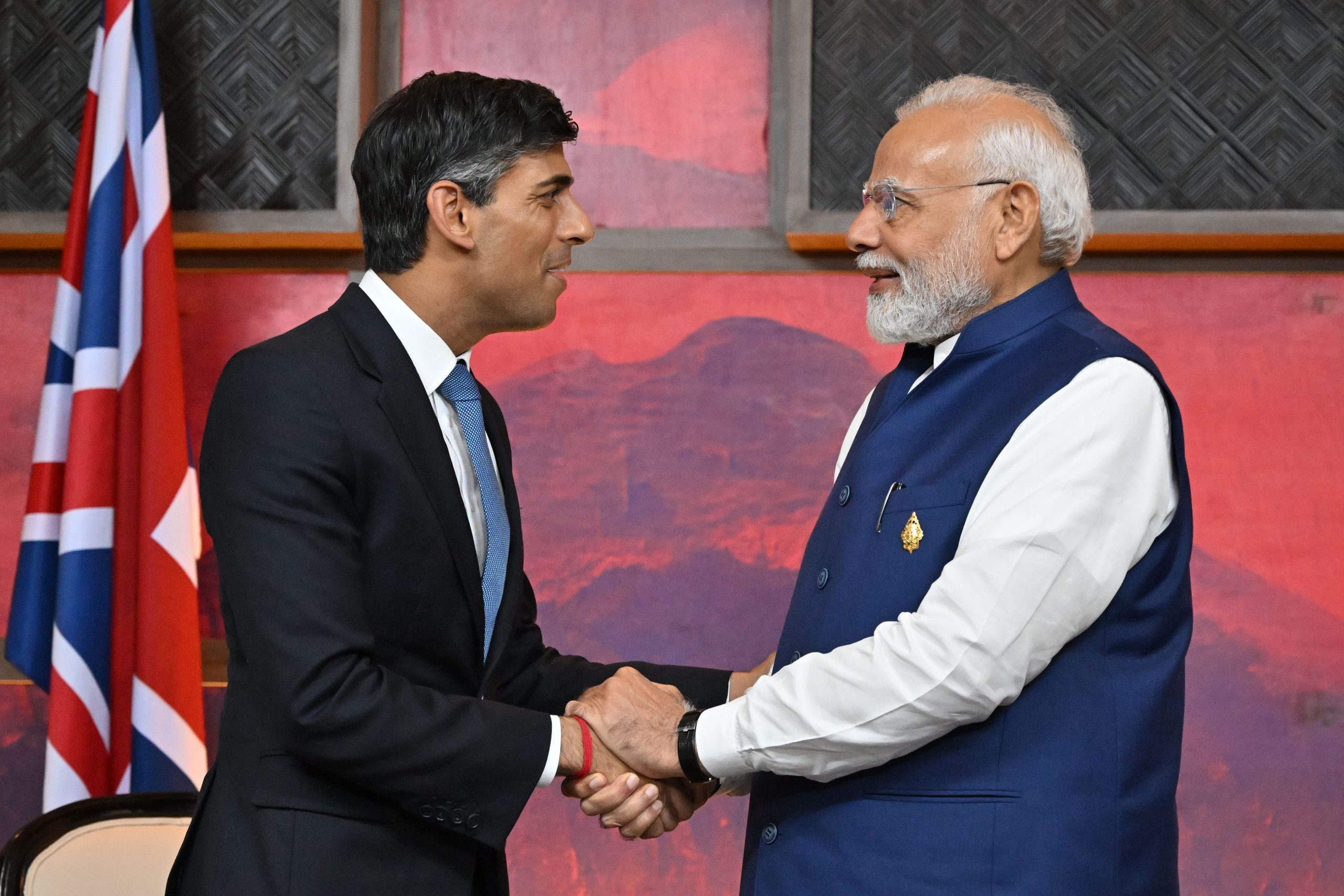 Rishi Sunak on Wednesday highlighted the strong bonds between India and Britain during his meeting with Prime Minister Narendra Modi with the two leaders discussing areas where the UK and India are working increasingly closely including defence and security.

In the meeting held on the sidelines of the G20 summit in Bali, Indonesia Rishi Sunak passed on his thanks to Prime Minister Modi “for the overwhelming response of the Indian people to his appointment as Prime Minister”. A statement by the British Prime Minister’s Office said the two leaders looked forward to the agreement of a UK-India free trade deal, “which has the potential to unlock investment and increase jobs in both our countries, as well as expanding our deep cultural links”.

“United by friendship. ek mj’buut dostii,” Rishi Sunak said in a tweet after his meeting with PM Modi. The tweet had a photo of the two leaders warmly shaking hands.

The statement said the leaders agreed on “the enduring importance of the UK-India relationship, and of the living bridge between our countries”.

“The leaders discussed the range of areas where the UK and India are working increasingly closely and have the opportunity to further develop our links, including defence and security,” it said.

“They looked forward to the agreement of a UK-India free trade deal, which has the potential to unlock investment and increase jobs in both our countries, as well as expanding our deep cultural links,” it added.

The statement said the two leaders agreed that UK and India’s shared values, “not least our commitment to democracy, are a huge asset in international forums like the G20 and the Commonwealth”.

“The Prime Minister welcomed the opportunity to work together on challenges like ending the war in Ukraine and tackling climate change under India’s presidency of the G20 next year,” it said.

Speaking on the sidelines of the G20 Summiti, Sunak had said the UK is committed to Free Trade Agreement with India.

“We remain committed to the trade deal with India, but we need to get these things right…There’s excitement about India taking over the G20 presidency,” he said.

In his remarks at the closing ceremony of the G20 summit, PM Modi said India is taking charge of G-20 “when the world is grappling with geopolitical tensions, economic slowdown, rising food and energy prices”.

“India’s G20 presidency will be inclusive, ambitious, decisive and action-oriented. In the next year, it will be our endeavour that G20 works as a global prime mover to give impetus to collective action,” he said.

London paedophile, 61, jailed for having sex with minor girl more than decade ago