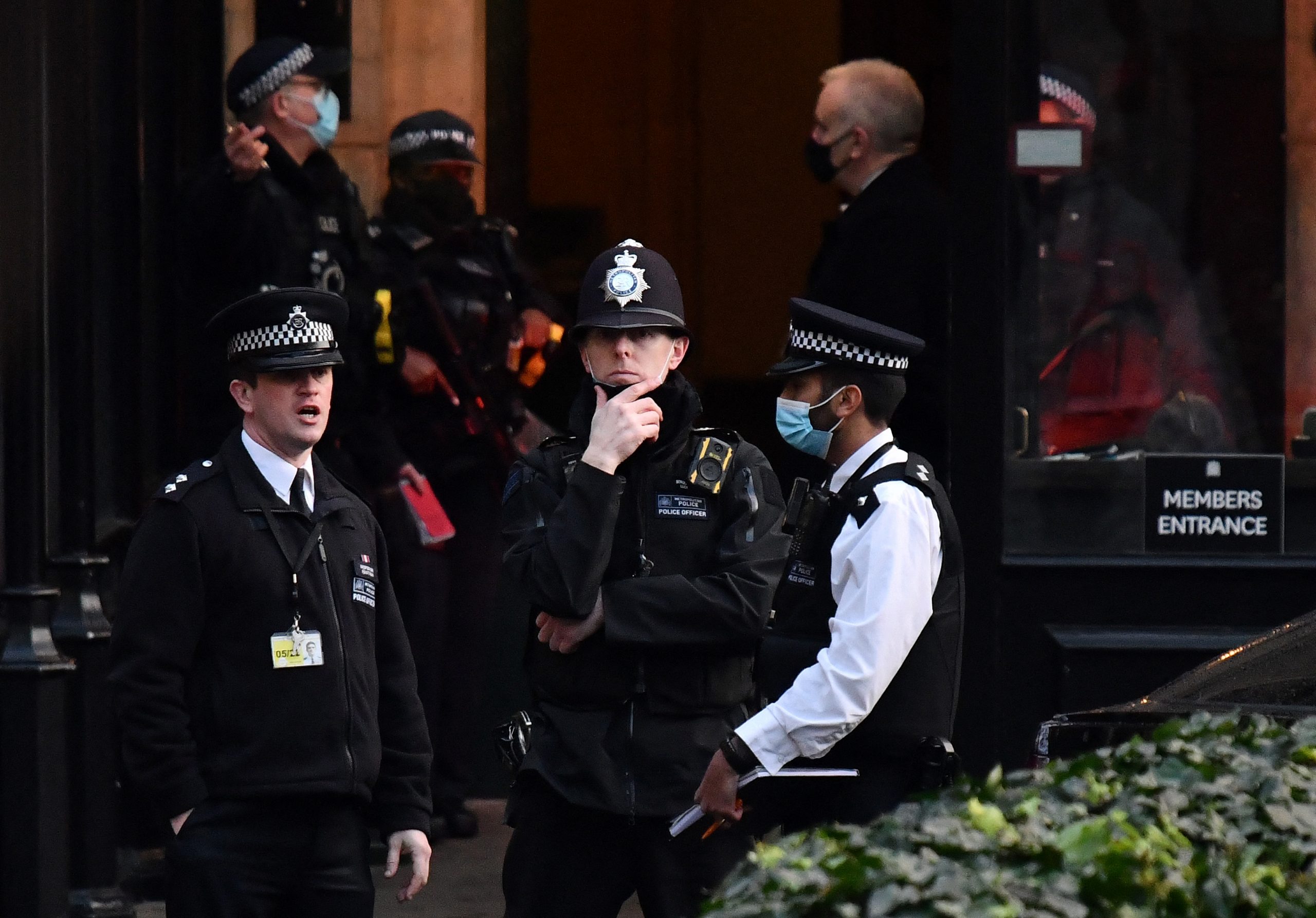 Police officers work in the grounds of the Houses of Parliament in central London on December 1, 2021, after a man breached security before being detained by police. (Photo by JUSTIN TALLIS / AFP)

British police on Wednesday (1) arrested a man on suspicion of trespass, after he allegedly breached security at parliament and prompted a temporary lockdown at the sensitive London landmark.

It came amid heightened security in the UK after MP David Amess was stabbed to death while meeting constituents in October and a botched homemade bomb attack last month.

The Metropolitan Police Service was quick to note Wednesday’s arrest in the heart of Westminster was not being treated as “a terrorist incident”.

The force said the man was held at the main gates into parliament at around 3:00 pm (1500 GMT), without providing further details.

“A man was detained and arrested at Carriage Gates inside the Palace of Westminster on suspicion of trespassing on a protected site,” the Met said in a statement.

“Enquiries into the circumstances continue. This is not being treated as a terrorist incident.”

Home secretary Priti Patel in October said the terror threat level to MPs had been raised from “moderate” to “substantial” after Amess’ death, although there was no “credible or specific threat”.

The overall UK terror threat level was raised to “severe” after a blast outside a hospital in Liverpool, northwest England, in November.

Both incidents were linked by police to extremism.

The location of Wednesday’s arrest was the scene of a deadly terror attack in 2017, when a police officer was killed as part of a rampage that began on nearby Westminster Bridge.

Eyewitnesses to the latest incident said officers reacted swiftly to the purported incursion.

“Just saw someone climb into parliament,” Elliot Keck, who identified himself as a parliamentary staffer, said on Twitter alongside a photo of armed officers standing over an individual on the ground.

“Quickly tasered and guns immediately drawn. Impressive performance from the police,” he added.