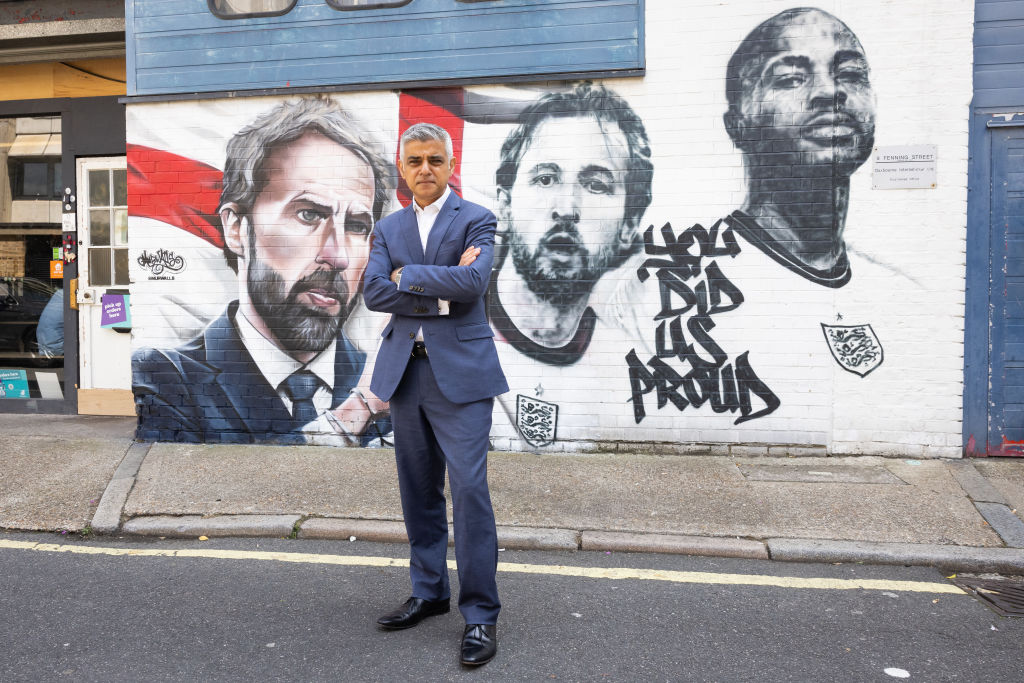 Mayor of London Sadiq Khan poses for a photo in front of a new mural by Murwalls, honouring members of the England football team, on July 13, 2021 in London, England. (Photo by Leon Neal/Getty Images)

I’M AN avid football fan (Arsenal) and really enjoyed watching England reach the Euro 2020 final, despite the fact that I don’t identify as English – especially after Britain’s exit from Europe, which has left us a more divided and unwelcoming island that harbours fear and hatred of foreigners and immigrants.

But, in the wake of the xenophobia unleashed by Brexit, the Three Lions – the multi-ethnic dream team that delivered England to its first-ever Euro final and first football final in 55 years – have shown us what the future of this country could and should look like.

[England manager] Gareth Southgate emphasised in post-game press interviews that it was the team’s collective contribution that ensured their success. “They deserve this. They’ve been fantastic as a group, the way they’ve supported each other right the way through this period.”

Southgate’s leadership style, which is “an object lesson in leadership and decency”, has helped foster this sense of collaboration. In my opinion, his management of an incredibly racially diverse young team is the complete antithesis of prime minister Boris Johnson’s ‘leadership’ and his ‘gesture politics’.

For me, the team contained stand-out England players such as Raheem Sterling, who has used his status to call out racism in football, advocate for greater racial equality in sport and establish a foundation that provides university scholarships, and Marcus Rashford, another inspiring, smart, young talent.

Rashford’s child poverty and hunger campaign during the pandemic last year forced a government U-turn on access to holiday food vouchers. The way he took on the Johnson government and won made him a hero to the families of 1.3 million children who would otherwise have gone without.

As Covid-19 wreaked havoc across the country, Rashford’s working-class Manchester childhood experiences tapped into the nation’s consciousness, seeding solidarity, while his campaigning efforts addressed intersectional, structural, class-based and systemic racial injustice – all fronts on which Johnson has failed as prime minister.

Southgate stated in his open letter at the beginning of the Euro 2020 tournament that “I have a responsibility to the wider community to use my voice, and so do the players”.

Sterling and Rashford have both embodied this sentiment, using their remarkable talent in order to change lives for the better.

I see England’s diverse young team as carrying the nation’s hopes for greater tolerance, respect and empathy. This fills me with excitement – for our future as a society. The Three Lions are history-makers who can help bring us together and forge a new tomorrow.

England should expect nothing less.

Aisha K Gill is professor of criminology at the University of Roehampton.