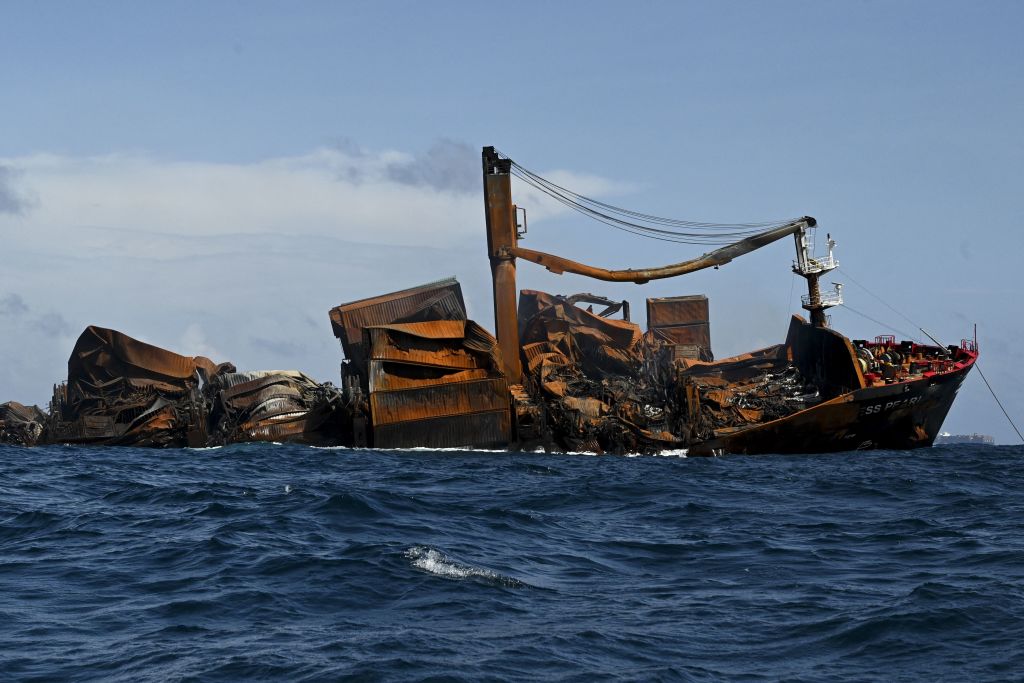 SRI LANKAN authorities said on Thursday (3) they are preparing for the worst-case scenario of a possible oil slick from the burnt-out cargo ship sinking off Colombo’s main harbour.

The Marine Environment Protection Authority readied oil dispersants, booms and skimmers in case of a leak from the MV X-Press Pearl, which has nearly 350 tons of oil in its fuel tanks.

The vessel, which burned for 13 days within sight of the island’s west coast, has already caused the country’s worst maritime environmental disaster, littering the beaches with huge volumes of plastic pollution.

But now that it is sinking, officials fear an even greater ecological crisis if the ship’s oil leaks into the Indian Ocean.

“There is no oil leak from the ship yet, but arrangements are in place to deal with a possible spill which is the worst-case scenario,” said navy spokesperson Indika de Silva.

An Indian coast guard vessel already in the area has equipment to deal with an oil slick before it could reach the beaches, according to the Sri Lankan navy, which has requested additional assistance.

The Singaporean operators of the MV X-Press Pearl said the vessel was continuing to slowly sink after efforts to tow it farther from the coast on Wednesday (2) failed.

“X-Press Feeders… can confirm that the ship’s aft portion is sitting on the seabed at a depth of about 21 meters (69 feet), and the forward section is settling down slowly,” the company said.

Sri Lanka’s navy said the bow of the vessel was still above the waterline as of Thursday (3) morning.

“Even if the bow also hits the sea bed, there will still be a section of the upper deck and bridge sticking out of the water,” de Silva said.

He said there was no visible sign of bunker oil leaking from the ship.

But some oil was spotted near the beaches of Negombo, about 40 km from Colombo, although it was not clear if it was from the stricken ship.

The inundation of microplastic granules from the ship’s containers has already forced a fishing ban and prompted concern for the wildlife and environment.

Officials believe the blaze destroyed most of the nearly 1,500 containers onboard.

A cargo manifest showed that in addition to 81 containers classified as “dangerous cargo”, it was also carrying a large quantity of lubricant oil.

Authorities believe that the fire on the ship was caused by a nitric acid leak which the crew apparently knew about from May 11, nine days before the blaze started.

The fire was eventually extinguished with the help of India’s coastguard, Sri Lanka’s navy and the Dutch salvage firm SMIT.

Sri Lanka’s president Gotabaya Rajapaksa asked Australia to help evaluate the ecological damage to the island, one of the most bio-diverse countries in south Asia.

Sri Lanka has also launched a criminal investigation. Police said three officers from the ship, two Russians and an Indian, had been questioned and their passports impounded.

The ship was heading to Colombo from Gujarat in India when the blaze started.

The 25-strong crew was evacuated last week. One was admitted to the hospital with minor injuries.