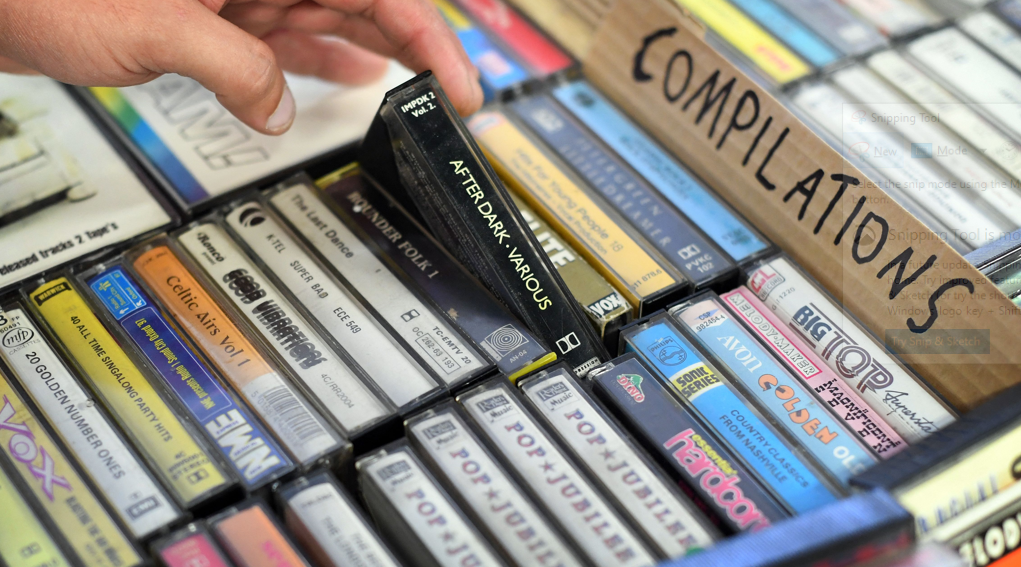 IT MAY be time to dust off those old Bollywood videotapes and audio cassettes as it could lead to cash in the attic.

The lockdown has led to a boom in demand for retro tapes, CDs and LPs, with collectors hunting for rarer items on social media and auction websites.

Around 157,000 cassettes were bought in 2020, double the total of the year before, data from the record labels association the British Phonographic Industry (BPI) showed.

It was the highest figure since 2003 and marked an eighth year of consecutive growth for the format, despite the fact that most fans consume music through online streaming services.

Among fans of vintage media is the singer and former One Direction star Zayn Malik. Earlier this year, it emerged he bought his daughter Khai – who turns one next Tuesday (21) – a retro pink VHS player along with all of the Disney cartoons and his favourite Bollywood films on videotape.

Rajinder Dudrah, professor of cultural studies and creative industries at Birmingham City University, said the lockdown forced many people to discover new hobbies, with some finding record players and Walkmans in their lofts or attics.

He told Eastern Eye: “It is a time to rediscover and a way to communicate between generations. In the 1970s and 1980s, you had tape recorders, and you can communicate with your nieces and nephews who don’t know about some of these things.

“In original VHS, CDs and LPs they are limited editions, when would you find them again? They are very valuable in monetary terms and they are culturally valuable.

“Bhangra and qawwali music, they are only available on YouTube or on websites. They are rare finds and pieces of history brought over from India.”

One Facebook group, from a seller based in Buckinghamshire, has been selling tapes since last year. Audio cassettes featuring films such as Dil Ki Baat Piano Ke Saath and Dharam are £10, including postage, while new copies of Bollywood remix cassettes are £5 each.

The seller said: “We are always on the lookout for bulk purchases of VHS tapes. We will also consider audio cassette CDs and vinyls of Bollywood films.”

Another seller on Facebook is auctioning off VHS and audio tapes via the eBay website. Videotapes of the films Bheema, Goraa, Bhai Bhai and Dil Daulat Duniya all have a starting bid of £24.99.

Professor Dudrah added: “In the online space, I follow bhangra and Bollywood music, I am part of Facebook threads and see posters, photographs, memorabilia, and cassette players. People write, ‘is this for sale, can we get a copy?’

“There is something to be said for the material culture [rather than using] technology – not just pressing a button on your phone, but taking the tape out, inserting it, rewinding it, and engaging with it in a different way.

“There is a sense of novelty and partaking in a sub-culture as a part of history. Then WhatsApping a picture to the family, it becomes a talking point.”

The BPI data also showed that 4.8 million LPs were purchased in the UK last year, a rise of nearly a 10th compared to 2019 and a 13th straight year of growth since 2007.

Gennaro Castaldo, spokesperson for the BPI, told Eastern Eye: “Retro appeal, collectability and an element of novelty for some fans are playing their part in promoting revived interest in the cassette, as is the more exclusive nature of some underground genres that like to release on the format.

“It’s telling that a number of artists see some cache in releasing albums on the format again, alongside streaming, CD, vinyl, and downloads.

“There have never been more ways to engage with the music we all love.”

Separate research found that British consumers spent a record £9 billion on entertainment last year in an attempt to deal with lockdown boredom.

Overall spending on entertainment, which covers digital and physical videos, music and gaming including sales of CDs, rose by 17 per cent year-on-year in 2020 – the fastest annual rate in the 25 years the Entertainment Retailers Association (ERA) has been compiling figures.

Jiggy Rawal, director of collectibles service The Curatist, believes nostalgia is the key reason behind the trend. The best places to buy these retro items are websites eBay and Etsy, according to Rawal.

She said: “These sites tend to hold a wide variety of cassettes, videos and other items.

“They can be found in a range of conditions and specialists in nearby areas to fix them if needed.”

Rawal added: “It was a slowly growing trend prior to lockdown, but during lockdown this has spiked.

“Art forms like music and videos, just like smells, remind us of moments in time or in our lives. Good or bad, they provide us with memories. And the lockdown has bought home the meaning and importance of these to us.

“I was given the Sony Walkman and some of my favorite Now [pop music] cassette mixes recently for my wedding anniversary, which took me back to my favorite time in life – university.”

In 2013, an auction of rare Bollywood memorabilia including LPs from blockbusters including Mughal-e-Azam and Sholay was held in London.

Kamran Uddin, a writer, said: “I remember when I was a child, nearly every Asian
family on my street had a collection of VHS cassettes in their living room showcasing their love of Bollywood films.

“I still see tapes in my relative’s homes and now it’s just a sign of a bygone era.

“I know lots of people are starting to sell their collection on ebay and Facebook and some classic movies do fetch high bids.

“I’m sure as we moved to a more digital future these tapes will become antiques and their value will increase.”

It has been five years since the last video cassette recorder rolled off the production line. However, the UK’s last remaining video rental shop is believed to be in Liverpool. Among VideOdyssey’s collection is a copy of the 2001 film Monsoon Wedding, starring Naseeruddin Shah, for £10.

Meanwhile, in Brick Lane in East London, its famous Vintage Market has a record store featuring a crate of world music from countries including India.

Nearby, a store called Sangeeta sold videotapes and audio cassettes of South Asian music for decades before closing recently, according to locals.

At shop Casbar Records in Greenwich, London, one of the albums ordered last year was the late Ravi Shankar’s 1997 LP Chants of India.