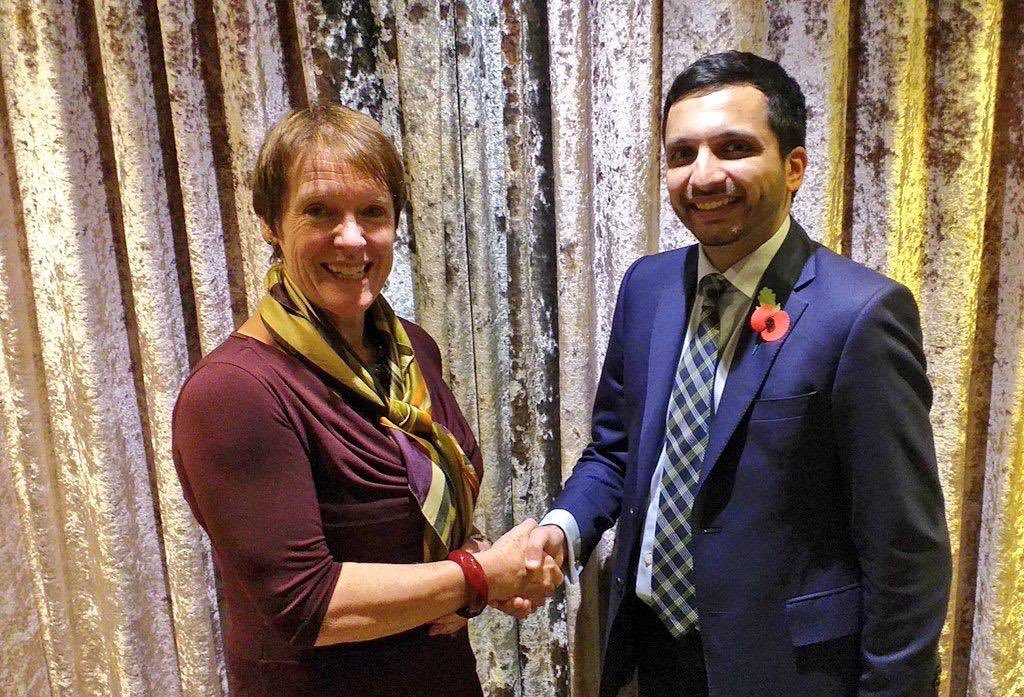 A chartered accountant on Tuesday (5) defeated ex Downing Street chief and adviser to former prime minister Theresa May to run as a Tory candidate in the general election.

Nick Timothy was beaten by Saqib Bhatti, who was selected to run for the Mediden seat in Solihull.

Bhatti, president of Greater Birmingham Chambers of Commerce, was chosen by Tory members in a secret ballot on Tuesday evening.

He was joint secretary general of Muslims for Britain during the EU referendum and is also a director of Greater Birmingham and Solihull Local Enterprise Partnership.

Taking to Twitter, Bhatti wrote: “Thank you everyone for the support. The hard work starts now! Let’s deliver Brexit and focus on the future. Looking forward to picking up the keys to my new flat! @Conservatives #TeamSaq.”

Thank you everyone for the support. The hard work starts now! Let’s deliver Brexit and focus on the future. Looking forward to picking up the keys to my new flat! @Conservatives #TeamSaq pic.twitter.com/jIzhrNE0PU

The West Midlands seat of Meriden had been represented for 22 years by Dame Caroline Spelman, who decided not to run in the election, citing the “intensity of abuse arising out of Brexit.”

“I have never experienced anything like the last few years,” she said in September.
The 61-year-old added: “Myself, my family and my staff have borne an enormous brunt of abuse and I think quite frankly we’ve had enough.

“The anonymity the internet affords allows people to say things which if they said it to your face or they wrote it down, would not be legal.”

Solihull councillor Laura McCarthy has been announced as the Liberal Democrat candidate and Councillor Stephen Caudwell will stand for the Green Party.

Labour is yet to select its candidate, reported the BBC.

News
Narendra Modi invited to address US Congress in June