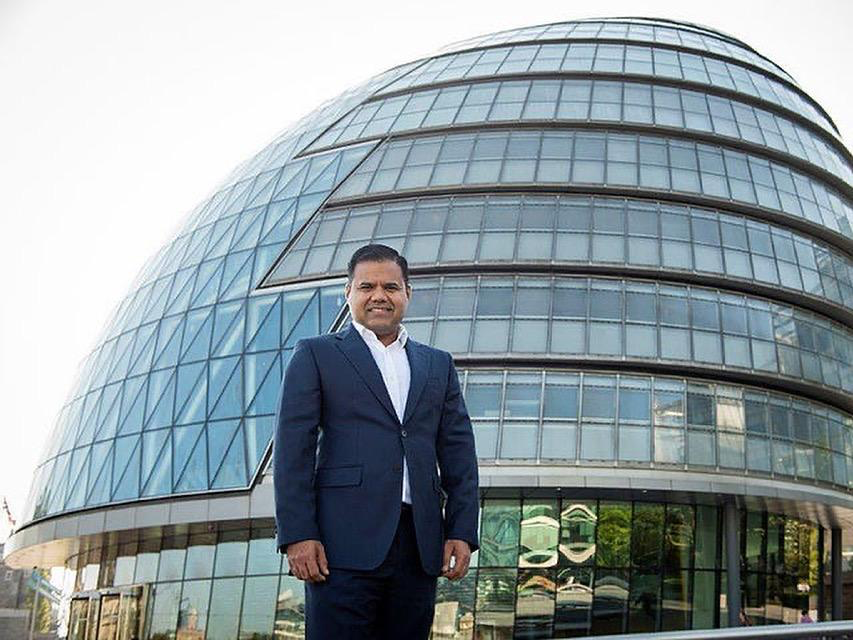 Born and raised in Indore, India, Agrawal moved to London in 2001 with £200 in his pocket.

As an entrepreneur he founded two global businesses from scratch – RationalFX in 2005, and Xendpay in 2014, both companies utilising technology to reduce the cost of international money transfer for businesses and individuals.

“I’m hugely grateful for the opportunity to serve Londoners for the second term as their deputy mayor for business. London has been incredibly generous to me and I promise to continue giving my 100 per cent to serve it,” Agrawal wrote on Twitter.

He was first appointed in this role in 2016 and has since driven business & economic brief from London’s City Hall through the unprecedented crisis caused by Brexit and Covid-19, a statement said.

Agrawal is passionate about promoting entrepreneurship and creating opportunities for young people. He was appointed Chair of Oxfam’s Enterprise Development Programme in 2015 and has been a Patron of the Prince’s Trust for many years.

In his role, he aims to be a strong voice for London’s business community, protecting jobs and growth, and ensuring that the capital remains the most open and attractive place to do business in the world, according to a statement on the website.

Khan also announced key senior appointments on Tuesday who will work with him to drive forward London’s recovery from the pandemic and create a fairer, more equal and more prosperous city.

The mayor has made ‘jobs, jobs, jobs’ a top priority for his second term in office, and has vowed to do everything he can to put young Londoners at the heart of the capital’s recovery.