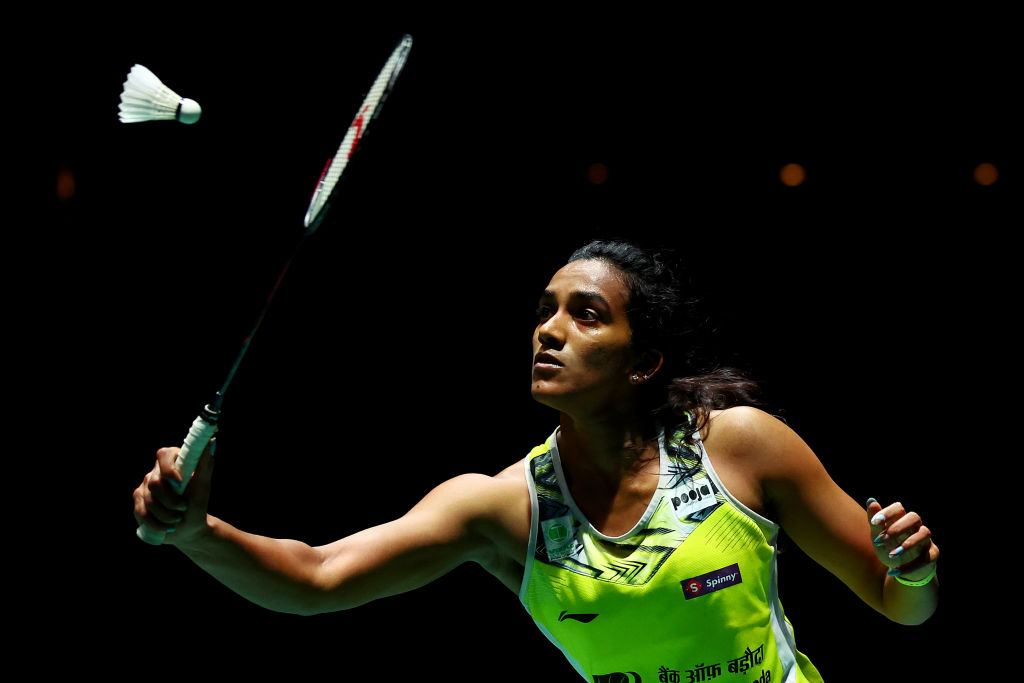 Pusarla V. Sindhu of India plays a backhand against Wang Zhi Yi of China in their women’s singles final match during the Singapore Open at the Singapore Indoor Stadium on July 17, 2022 in Singapore. (Photo by Yong Teck Lim/Getty Images)
Follow Us

Indian ace shuttler and Olympic medalist PV Sindhu clinched the Singapore Open 2022 title after defeating China’s Wang Zhiyi in the final of the women’s singles category. “I congratulate @Pvsindhu1 on winning her first ever Singapore Open title. She has yet again demonstrated her exceptional sporting talent and achieved success.

It is a proud moment for the country and will also give inspiration to upcoming players,” Prime Minister had tweeted congratulating Sindhu on Sunday.

“Thank you sir for you kind words,” replied Sindhu to PM Modi via a tweet.

Sindhu won the summit clash by 21-9, 11-21, 21-15. She was off to a great start, winning the first game by a thumping margin. Zhiyi made a comeback in a similar fashion in the next game, winning it by 11-21. In the decider game, the top Indian shuttler maintained her composure to win it 21-15 and win the title.

PV Sindhu advanced to the summit clash of the women’s singles category of the Singapore Open 2022 by defeating Japan’s Saena Kawakami in the semifinals here in Singapore on Saturday. Sindhu was at her most dominant in the game, as she warded off the Japanese challenge within two straight games 15-21, 7-21. The match lasted for 58 minutes.

In January this year, Sindhu won the women’s singles title at the Syed Modi International tournament.

At the Babu Banarasi Indoor Stadium, top-seed Sindhu defeated Malvika Bansod 21-13, 21-16 in the summit clash that lasted for 35 minutes.
Then later in March, India’s ace shuttler claimed the Swiss Open 2022 women’s singles crown at St. Jakobshalle arena in Basel.
Battling it out at court 1, the double Olympic medallist Indian Sindhu defeated Busanan Ongbamrungphan of Thailand by 21-16, 21-8 in 49 minutes.