Pakistan does not want any security role for India in Afghanistan 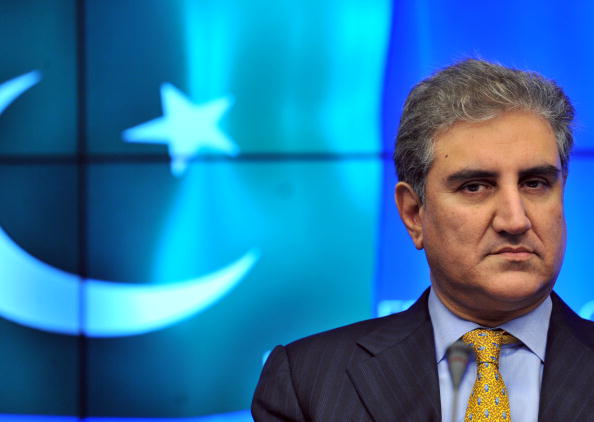 Foreign minister Shah Mahmood Qureshi has said Pakistan does not want any security role for India in Afghanistan as he accused New Delhi of playing the role of a “spoiler” in the war-torn country, according to a media report.

After months of negotiations, the US and Taliban signed a landmark peace deal in Qatari capital Doha on Saturday, effectively drawing curtains on the United States’ 18-year war in Afghanistan since 2001.

Addressing the Senate on Wednesday, Qureshi said that Pakistan neither desires any security role of India in Afghanistan nor wants presence of militant organisations Al-Qaeda and the ISIS in the landlocked country, The Nation reported.

The foreign minister told the Upper House that India had always played role of a spoiler, the report said.

There were spoilers in the past and they are even today, within and outside Afghanistan, who want to get their own objectives,” Qureshi said.

India has been a key stakeholder in Afghanistan as it had already spent around $2 billion in reconstruction of the war-ravaged country.

India has been maintaining that care should be taken to ensure that any peace process does not lead to any “ungoverned spaces” where terrorists and their proxies can relocate.

Ahead of the peace deal, India conveyed to the US that pressure on Pakistan to crack down on terror networks operating from its soil must be kept up though Islamabad’s cooperation for peace in Afghanistan is crucial.

Qureshi on Sunday also warned that “spoilers” could try to sabotage the peace process in Afghanistan.

He also said that Pakistan wanted to resolve all issues with Afghanistan bilaterally.

Reiterating that Pakistan was never part of the peace talks and their role has always been and will always be that of a facilitator, the minister said Pakistan cannot give guarantee or take responsibility to peace in Afghanistan.

“This is a shared responsibility, and all (stakeholders) will have to play their role. There are many powers, interests and motives (involved), he said.

He said that the true test of the Afghan leadership begins now as Afghan people want peace.