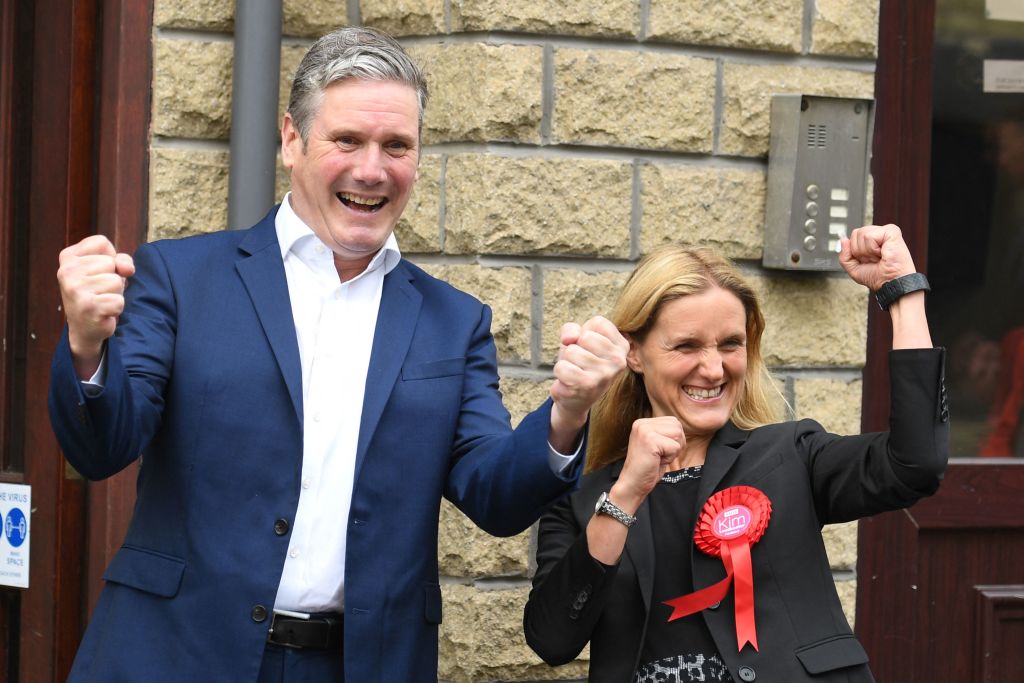 “BATLEY and Spen” were the words on the rosette of a pumped-up Labour leader, Sir Keir Starmer, and “Battered and Spent” on a frazzled prime minister Boris Johnson’s.

The Times cartoonist had clearly prepared his material so it could be flipped, either way, depending on the actual result. And by 323 votes, Labour retained the seat vacated by Tracy Brabin who had stood down when she was elected as the regional mayor for West Yorkshire.

By-elections are strange events –constituencies dominate national news briefly before sinking back into the comfortable normality of everyday life. Sadly, the good people of Batley and Spen may feel they have had more than their fair share of them.

The murder of Labour MP Jo Cox precipitated the first in 2016. She was a charismatic young woman – respected in parliament and loved in the constituency – who had been elected for just one year before her savage murder by a far-right extremist. It was her sister Kim Leadbeater who stood for Labour in this latest by-election.

Jo’s defining speech in the House of Commons concluded with the words, “we have more in common than divides us”.

It forms the motto on the plaque in the Commons Chamber above where she once sat. Sadly, that legacy was not honoured by her sister’s by-election campaign.

The arrival of George Galloway as a candidate for the seat ensured that. His campaign aides appear never to have heard the maternal dictum, “if you can’t say something nice, say nothing at all”.

They spread a toxic cocktail of homophobia, grievances over conflicts from the Middle East to Kashmir, and a direct invitation to oust Starmer as Labour leader.

Galloway’s message was a sectarian one that focused on the Muslim community and pitched it directly against the Labour party it had previously largely supported.

When the Conservatives played divisive politics and Labour’s London mayor Sadiq Khan was targeted with vile anti-Muslim messages circulated in Hindu WhatsApp groups, Labour’s response was to seize the moral high ground, to focus on the issues of housing, police and transport, and to refuse to respond in kind. That was the right way to handle sectarianism.

In Batley and Spen, those in charge of Labour’s campaign made the opposite and disastrous choice. They descended into the gutter of sectarianism and put out a leaflet urging Islamic voters not to risk an MP “who is not on your side”.

The photograph of Johnson shaking hands with India’s prime minister Narendra Modi and the text which accompanied it specifically referred to human rights abuses in Kashmir.

That leaflet did not win Batley and Spen for Labour. What won was the strength and guts of Leadbeater who had stood up to one of Galloway’s henchmen on camera and made him look like the misogynistic bully he was. She is a local woman respected in the town and liked by local women who go to her pilates fitness classes. Leadbeater won Batley and Spen; Labour did not.

The Labour campaign managers allowed the short-term need to shore up Starmer’s leadership to outrank our party policy. That policy is clear – Kashmir is an exclusively bilateral matter for India and Pakistan to resolve, and should not be imported into politics in the UK to divide communities on sectarian lines. Policy should always outrank politicking, not the other way round.

The Labour Friends of India immediately condemned the leaflet and demanded it be withdrawn. That was the right thing to do. I have called on the general secretary of the party to repudiate the leaflet. That would be the right thing for him to do.

As for Starmer’s leadership, the national press have run with the headline ‘Labour is back’ and it looks secure. But he should acknowledge that the Batley and Spen leaflet was a mistake; that it was against party policy and that such divisive politics is and was indefensible.

True leadership is about more than winning by-elections. It is about having the moral authority that comes from knowing what your principles are and standing by them.