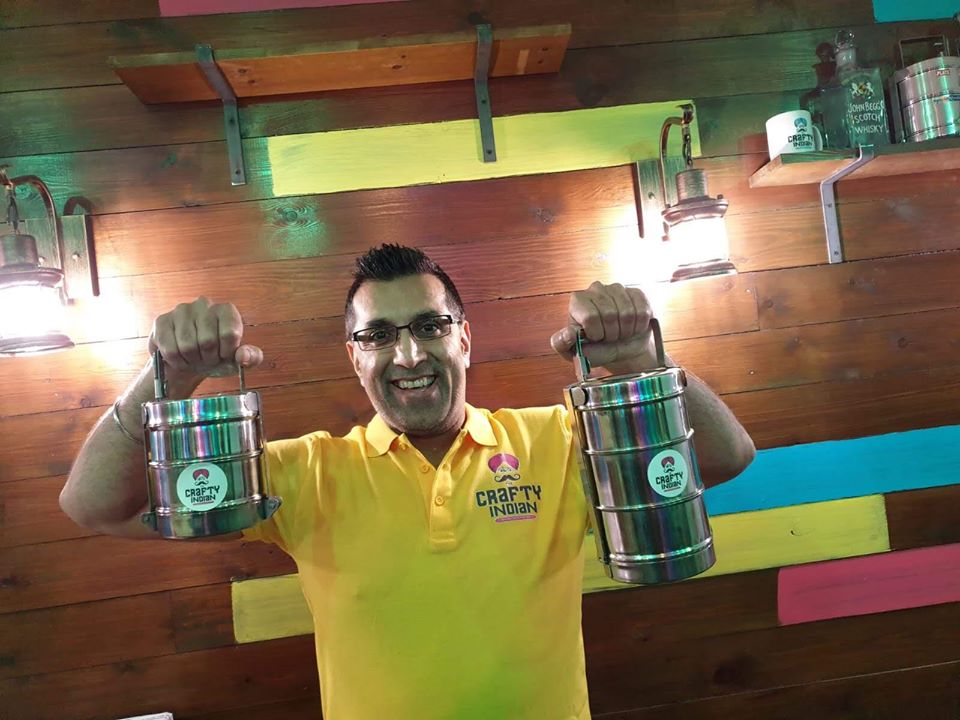 HARRY KHINDA, an Indian-origin restaurateur, who runs ‘The Crafty Indian’ restaurant in northern England, has replaced plastic with stainless steel tiffin box, inspired by his father.

His family hails from Punjab before settling in the UK in the 1960s.

“Much the same as many people around the world, we have become increasingly aware of the problem associated with plastic use and waste and the negative impact this is having on our planet,” said Harry.

Khinda said that when his family came to the UK they brought with them steel tiffins box which was used to pack lunch or dinner.

We still have my dad’s tiffin which demonstrates the longevity of this product, he says.

Many of the stainless steel tiffin boxes are sourced directly from India.

Customers not only get a 10 per cent discount for the purchase of the tiffins but are also able to bring back the containers every time they come in for a new takeaway curry.

The 48-year-old Khinda founded the restaurant in 2008.

He believes that Indian food is massive in the UK and its popularity never seems to decline.

Packaging this amazing cuisine using street food methods has helped to re-brand and re-package Indian food in a new and refreshing way, he says.