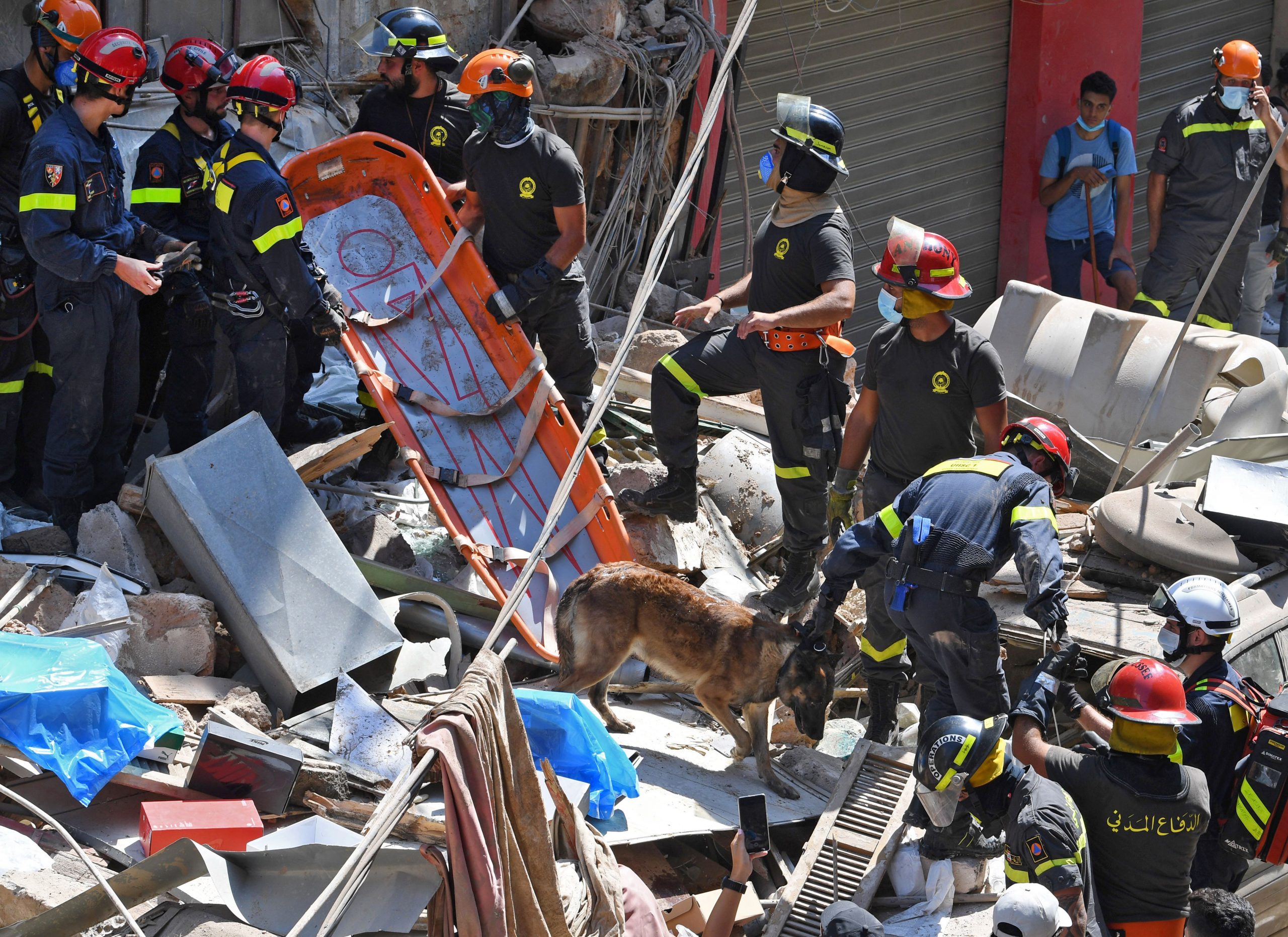 Lebanese and French rescuers search for victims or survivors amidst the rubble of a building in the Gemayzeh neighbourhood on August 6, 2020, two days after a massive explosion in the Beirut port shook the capital. (Photo by -/AFP via Getty Images)

Indian customs authorities have seized a container with 740 tonnes of ammonium nitrate, the chemical that caused this week’s deadly blast in Lebanon’s capital.

Nearly 150 people were killed and more than 5,000 were injured when a large stock of the chemical exploded at Beirut’s port on Tuesday. Dozens of people are missing and up to 250,000 are without habitable homes.

Customs authorities in the south Indian port city of Chennai said a large consignment of the chemical had been stored at a site about 20 km from the city.

“The seized cargo is securely stored and safety of the cargo and public is ensured considering the hazardous nature of the cargo,” they said in a statement late on Thursday.

There was no residential area within 2 km of the freight station where the consignment has been stored, they said.

Ammonium nitrate is used to make fertilizers and explosives, mainly used by the quarrying industry in India.

The consignment was imported in 2015 by Amman Chemicals, a company based in Tamil Nadu state, and was confiscated on arrival due to an alleged violation of import rules, a customs official said.

“The company has been served a show cause notice and a case was booked,” the official said.

P Kumaresan, a partner at Amman Chemicals, declined to comment on the consignment, saying he was in a meeting.