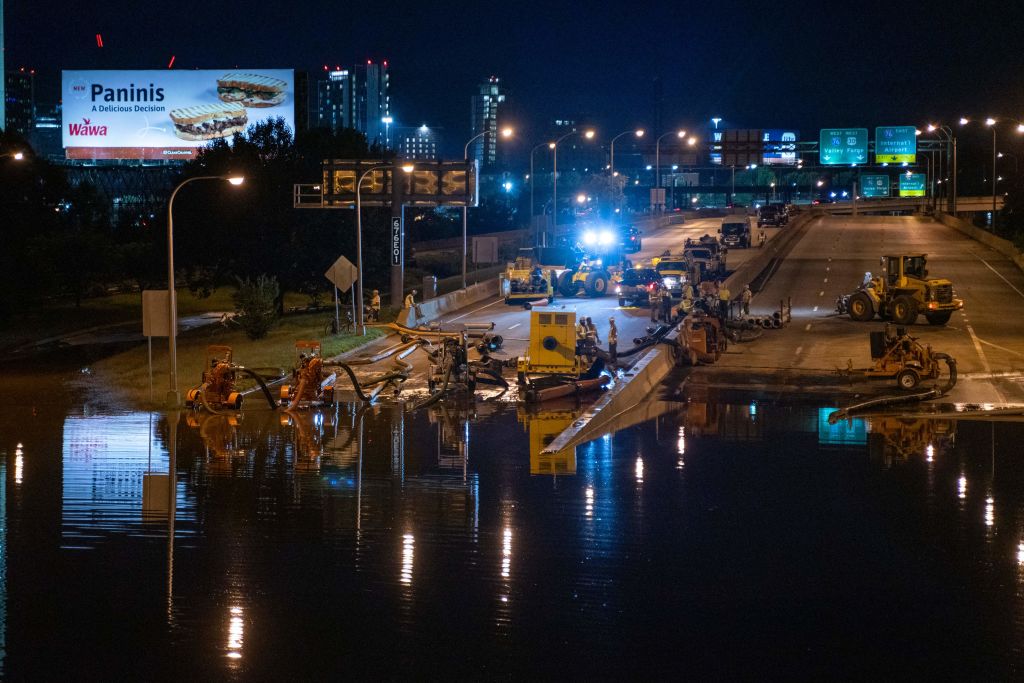 City workers pump water off a portion of Interstate 676 after flooding from heavy rains from hurricane Ida in Philadelphia, Pennsylvania on September 2, 2021. (Photo by BRANDEN EASTWOOD/AFP via Getty Images)

INDIAN AMERICAN has died after being swept away by strong floodwaters resulting from Hurricane Ida in Edison, New Jersey.

According to the report, Police in South Plainfield heard a  woman crying out for help about (Reddy) being swept into a 36-inch storm sewer pipe while they were helping drivers in the flooded area of Hadley Road and Stelton Road on Wednesday (1) night.

“Officers, with help from the Middlesex County Water Rescue Team and police units from Piscataway, determined that Reddy and another man were being swept into the pipe — which travels under Stelton Road from South Plainfield to Piscataway,” the NJ.com report said.

Reddy was found the next morning in a wooded area behind the 1300 block of Centennial Ave. in Piscataway, police said. Emergency units could rescue the other man.

A spokesperson said rescue personnel would not have known about the additional man in peril if it was not for Reddy’s friend calling out for help.

“We are heart broken by this tragic loss of life and pray for Mr. Reddy and his family and friends and all those impacted by last night’s devastating storm,” South Plainfield Mayor Matthew Anesh was quoted as saying by the website.

According to reports, at least nine people have died as a result of Wednesday night’s fierce storm.

The storm prompted dozens of water rescues across New Jersey and triggered a state of emergency in all 21 counties. Dozens of people throughout the state were also trapped inside their vehicles as a result of flooding.

Hurricane Ida, a category four storm, delivered huge floods and wind damage in the south, hitting one of the epicenters of the US oil industry, as well as pounding historic New Orleans.

Alabama, Louisiana and Mississippi took hits before remnants of the storm rolled north to New York, New Jersey and Pennsylvania, inundating the New York City subway and flooding streets across the US financial capital.