Javid said in his speech the importance of seeking help and the wide-ranging plans already underway to bolster support services and new initiatives to reduce suicides. 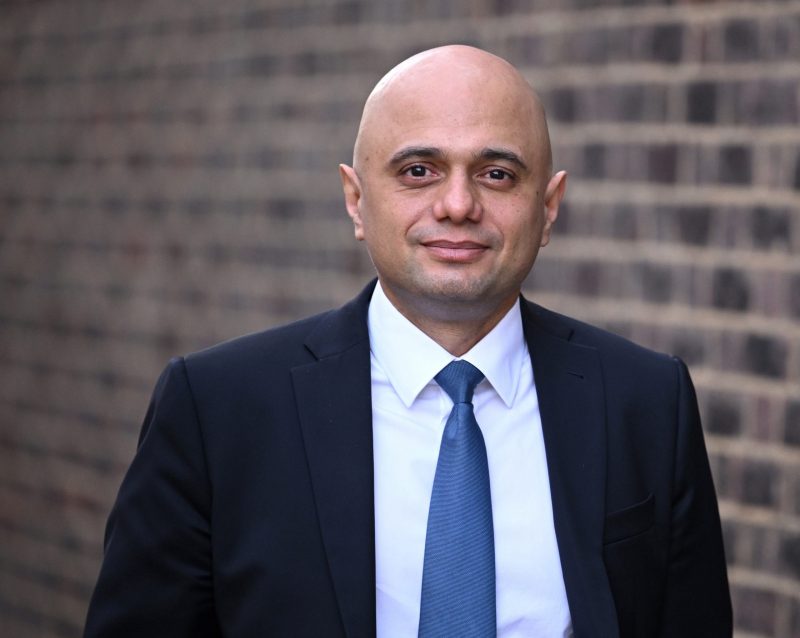 UK HEALTH and social care secretary Sajid Javid on Friday (24) set out actions being taken to prevent suicides and urged men to talk about their mental health in a speech at suicide prevention charity Papyrus’s headquarters in London.

In his speech, spurred by his own family’s experience of suicide and bereavement after the death of his own brother, Javid highlighted the importance of seeking help and the wide-ranging plans already underway to bolster support services as well as new initiatives coming up to reduce suicides.

These include a refreshed suicide prevention plan, better services for bereaved families, and better use of technology to understand the causes of suicide.

Ahead of his speech, Javid also met with key stakeholders, such as Papyrus, to discuss suicide prevention and his personal mission to bolster the support available, particularly for men. He met people with lived experience of suicide including Philip Pirie, Harry Biggs-Davison, Mike McCarthy and Steve Philip whose sons died by suicide, as well as key partners such as: If U Care Share, Samaritans and James Place, amongst others.

Men can be reluctant to engage with health and other support services and anyone who needs help is being encouraged to speak to their GP or self-refer through the National Health Service.

In 2021, there were over 5,000 suicides registered in England. Suicide is the biggest cause of death in men under the age of 50 and around three quarters of deaths from suicides each year are men. On top of this, according to data from the Office for National Statistics (ONS), the highest rates of suicide in men have been in mixed and white ethnic groups. The Samaritans answer a call for help every 10 seconds, and tragically, around every 90 minutes someone dies from suicide in the UK alone.

Javid said, “We must treat suicides with the same urgency that we treat any other major killer […].

“I’m determined to make a difference on this issue […] and one of the ways we’ll do this is by publishing a new 10-year suicide prevention plan.

“[…]This is something that is deeply personal to me – there are too many families that are left incomplete, and too much potential has gone unfulfilled.”

The health and social care secretary outlined steps the government is taking to engage communities at greatest risk, focusing on socioeconomic and regional disparities, improving services and utilising new technologies.

He announced that work would be undertaken with experts to standardise safety guidance for front-line professionals working with at risk people to ensure best practice and there would be access to suicide prevention training for all parliamentarians, parliamentary staff and frontline government workers to ensure they are equipped with the skills to interact with people in crisis.

Most people who have been bereaved by suicide within their immediate family will be contacted by bereavement services proactively within days of a referral to offer support, removing the onus from the bereaved at their time of grief.

Javid also outlined the greater use of apps and online services and better data collection, including rolling out a national suspected suicide surveillance system early next year which looks at risk patterns and will enable better mitigation methods. This will enable a better understanding of tackling complex causes of suicide, including online through the Online Safety Bill and ensuring upcoming legislation adapts to rapidly evolving challenges.

“The Online Safety Bill gives us a once in a generation opportunity to tackle this issue,” he said.

“[…]I will also work jointly across the government to look at both upcoming and current legislation to make sure it meets the rapidly evolving challenges that we face.

“Because when it comes to the encouragement of suicide we are currently relying on legislation that was primarily created long before the digital age.”

He talked about the new, long-term Suicide Prevention Plan and how important it is that this is shaped by views and experiences of the public, professionals and people with lived experience. He also highlighted how the government is bolstering voluntary and community suicide prevention services through £5 million of funding in 2021/22 and reiterated the improvement to support services to ensure by 2023-24 anyone in the country can dial NHS 111 to reach their local NHS mental health team and access around the clock support. This would make England one of the first countries in the world to have this offer.

Initially launching the call for evidence on 12 April, the health secretary called specifically on men to contribute their views on what can be improved within current services to help inform a new 10-year mental health plan as well as a refreshed National Suicide Prevention Plan.

Through its call for evidence, the government is seeking views on what can be improved within the current service, looking for representation across all ages, genders, and backgrounds, particularly in light of the pandemic which has led to record levels of people seeking treatment. Men in particular are urged to respond as only 19 per cent of respondents so far are male.

He said, “I want to hear views from far and wide about how to shape this work and the roundtable that I chaired here earlier this morning was so illuminating.

“I heard heart-breaking tales of love and loss but also inspirational stories of the work being done to divert people from this painful path, including of course here at Papyrus.

“I am determined to make a difference on this issue.”

The 10-year plan will help tackle the Covid backlogs, building on the NHS Long Term plan and forms part of the government’s wider commitments to Build Back Fairer, working towards putting mental health on a level footing with physical health, and forms a key part of the commitments to address health disparities across the country and to improve the mental wellbeing of the nation by 2030.