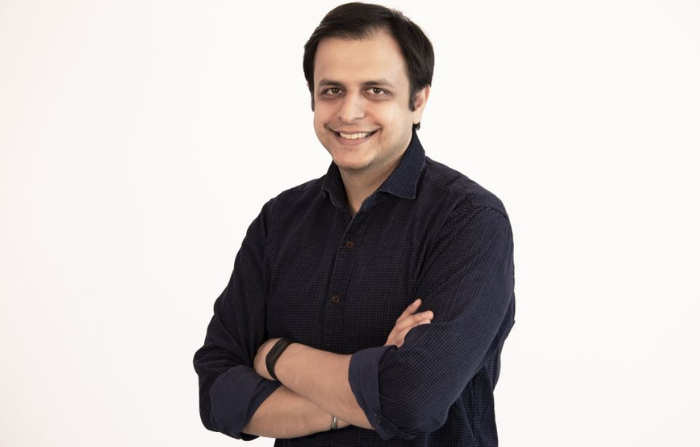 THE Covid pandemic was a challenging time for people and businesses, but for one Indian company, the lockdown restrictions proved to be a blessing in disguise.

Online maths tutorial site Cuemath launched in the UK at the end of June, prompted by a surge in enquiries by families whose children were forced into home schooled as strict lockdown meant schools and offices were shut for long months.

Founder and chief executive officer (CEO) of Cuemath, Manan Khurma, told Eastern Eye in an exclusive interview, “Parents are feeling anxious over their children falling behind because of school closures caused by the pandemic and they have chosen Cuemath while looking for helping resources.

“Our name spread fast by word-of-mouth alone and that has taken us closer to more people.”

At the time of its launch in the UK, Cuemath saw 4,200 students sign up for its tutorials.

In India, Cuemath has a student base of 600,000 and it caters to students from kindergarten to Grade 12. The company goes beyond teaching mathematics as it also trains students in coding, data science and logic.

“Learning mathematics by memorising will not help students grow an interest in the subject. We thought about bringing innovative ways to teach it,” he said.

The man, who holds a bachelor’s degree in electronics and communications engineering from the Indian Institute of Technology, Delhi, and started his career in 2007 as the founder of Locus Education in New Delhi, subsequently started on December 22 (in 2013), the birthday of Srinivasa Ramanujan, one of the greatest mathematicians from India. The day is also observed as the National Math Day in India.

Cuemath’s journey has only grown bigger since then and in 2021-22, it looks to penetrate at least 30 markets and reach a valuation of $1 billion by the end of 2022. It is also the only Indian edtech to secure a Google Education partnership.

Khurma is also considerate of the fact that not all students in India are blessed with technological advantages. Several students from humble backgrounds in India are not able to attend online classes in times of the pandemic because they lack suitable devices and are in danger of missing important lessons.

“We do have a plan for them,” Khurma said, adding, “Our website offers free resources for such needy students. In smaller towns and villages in India, there might not be laptops for poor students but mobile phones with internet connection have done a fairly good penetration in those areas. If they just have a phone with the internet, they can avail our handy resources. We have a lot of students in smaller places in India and they are benefiting.”

Eastern Eye also asked the Cuemath chief about the pay structure that the students have to meet to get its lessons. He said the platform operates by charging on a per-class basis. Citing that the model works well in favour of both students and teachers, Khurma said, “Our teachers are trained and well oriented to take one on one or one to many classes with a fixed payout, and the differential goes to Cuemath. Thus, we are not only imparting high-quality education to children but also generating meaningful livelihood opportunities for people who have the passion to teach.”

One advantage with Cuemath’s teaching is that it makes the students learn the subject intuitively and deeply, which makes challenging concepts easier for them and builds an independent thinker in them. This model is applicable to students across the globe and according to Khurma, this approach helps in making “invincible problem solvers” out of the students “who will go on to solve humanity’s biggest problems”, something that its website promises.

“When one tries to understand a crisis like the current pandemic, mathematics does play a big role. For example, we have heard about the ‘R naught’ factor. It is a mathematical term that gives an idea how contagious a disease is and how exponentially it is growing. So, with the help of mathematics, we can be in a position to assess situations like this,” the Cuemath CEO said while explaining how maths can help make students become problem solvers.

“Likewise, problems in any field like wildlife conservation or any profession, like in medical, art or science, can be computed with the help of mathematics,” Khurma added.

Cuemath’s teachers are as important

But Cuemath’s story is not just about its students. The teaching community involved with its work is equally important for the success story. The platform is well-aware of the fact that in order to produce students who are strong in maths, it has to have teachers with the ability to deliver.

“Our teacher-selection process is stringent. Only three per cent of the applicants get selected. Teaching for Cuemath is an entirely different experience. We mainly look for two things in the applicants. One, people who have a mathematical background, like those who have an engineering or science background. Two, those who have the capacity to work with kids. That is very important,” Khurma said while stressing how much care they do take in maintaining Cuemath’s high standards.

The CEO also said that Cuemath’s current faculty of 10,000-plus teachers is based in India although they also have plans to get teachers from other parts of the world as well. One of the reasons that he cited for recruiting only Indian teachers so far is that the Indian accent is more or less neutral and that helps in adapting to various dialects of the world.

Eastern Eye asked Khurma whether anything like gender inequality prevails on Cuemath’s platform since it is often said that mathematics is a subject for boys and not girls. “We often get to hear that mathematics is for boys and girls are weak in the subject. But our experience at Cuemath doesn’t support that theory. Girls are found to be as good as boys on our platform. There is no room for any gender bias on this matter at Cuemath,” Khurma said, adding that an overwhelming 93 per cent of Cuemath’s faculty are women.