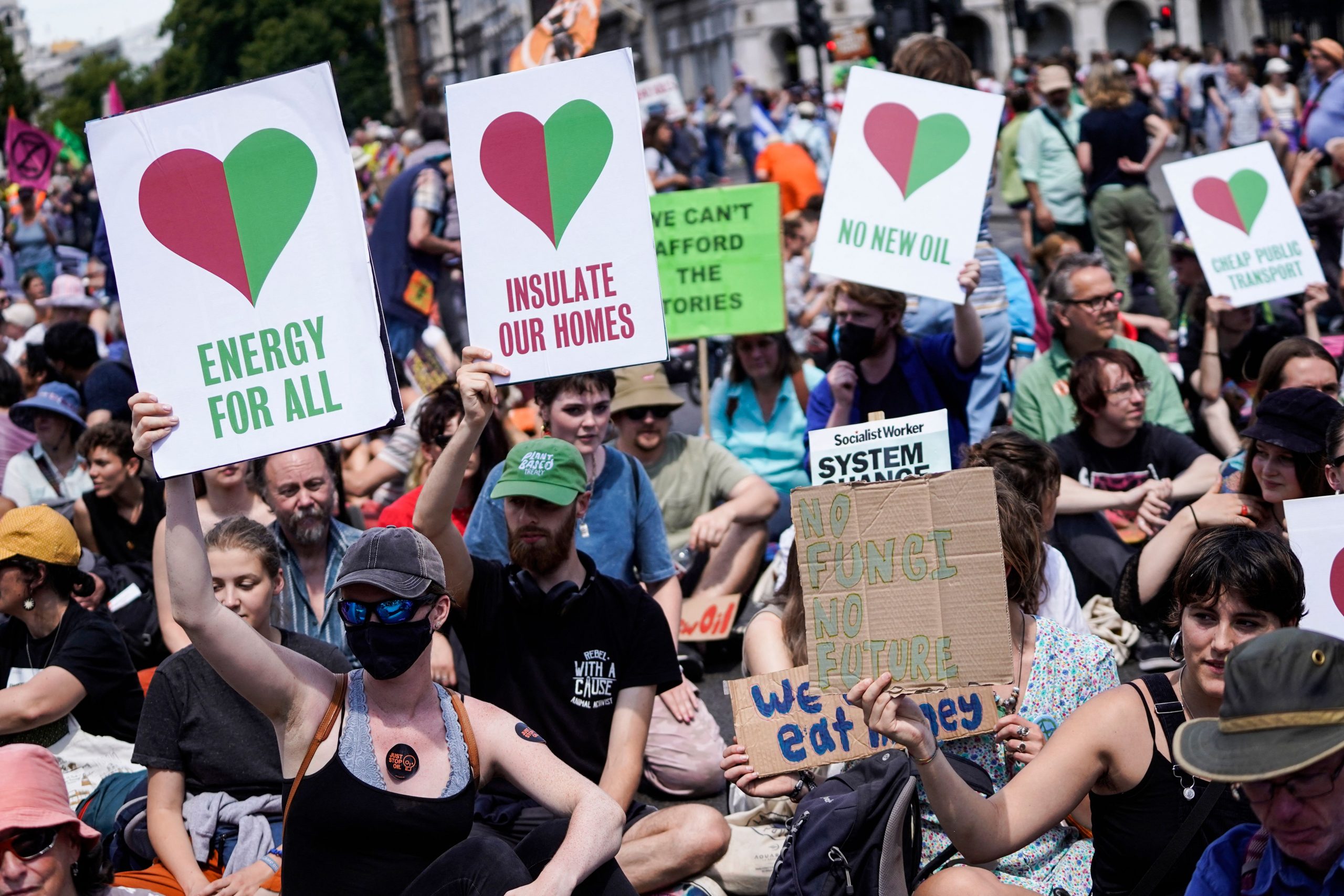 POLICY DILEMMA: Liz Truss or Rishi Sunak will have to tackle a number of crises facing the country (Photo by NIKLAS HALLE’N/AFP via Getty Images)
Follow Us

“CRISIS? What crisis?” James Callaghan never quite said those words, but they caught the gist of the prime minister’s response – “I don’t think other people in the world would share the view there is mounting chaos” – as he returned from a Caribbean island summit to the British winter of discontent in January 1979.

Whether Liz Truss or Rishi Sunak is invited to Buckingham Palace next month, they will surely be a ‘crisis prime minister’. Energy bills are set to double in October and the Bank of England’s projection of a year-long recession suggests an autumn, winter and spring of discontent.

The leadership race has seen the campaigns trade increasingly bitter attacks – from Sunak being “socialist” and having “put the economy six feet under” to Truss being “divorced from reality”.

Sunak had the better of this policy argument on energy bills – that further direct support will be unavoidable – but most observers expect this has come too late to swing the leadership vote.

After the contest, Truss may face an unenviable policy trilemma.

If she wins, her pledges of large, immediate tax cuts will have been crucial in winning party members’ votes.

Yet pressure for a significant package of direct help on energy bills is getting stronger. With Boris Johnson’s caretaker government avoiding decisions, opposition parties have taken the chance to set the policy agenda, with Labour and the Liberal Democrats making proposals to cancel the energy bills increase. Independent expert Martin Lewis – the voice most trusted by the public – has also made a case for intervention.

Still, Conservative MPs expect September’s emergency budget to respond. It is unlikely that government could afford both £30 billion of immediate tax cuts and an energy bills intervention to match the scale of the crisis. Yet Truss is committed to cancelling a corporation tax rise, which will sacrifice £17 billion of Treasury income, and to personal tax cuts too – while defending energy companies’ profits in arguing against a windfall tax as a “Labour idea”, though the public back this by 80 per cent to eight per cent, including three-quarters of Conservative voters.

“Crisis prime ministers” have made decisions in office that they would never have imagined themselves considering.

Gordon Brown, the architect of New Labour’s economics, found himself bailing out and even nationalising banks.

Johnson is a right-wing libertarian who locked the country down. Had he still been a Telegraph columnist, he would have decried his own agenda. He had long declared the mayor in the film Jaws to be his political hero, for keeping the beach open, despite the shark-infested waters. His former advisor Dominic Cummings told a parliamentary hearing that Johnson later regretted his first lockdown and delayed the second, saying ‘I should have been the mayor from Jaws.’

Truss’s response reflects a post-Thatcherite political philosophy that can be summed up in five words: less state means more freedom. If she does win, Truss would take office at a time when the idea that more state means more security almost certainly has more purchase with the public.

A 2019 report by the centre-right thinktank Onward found that 65 per cent of voters prioritised “living in a society that focuses on giving people more security”, while 35 per cent preferred a focus on more freedom.

The economic headwinds of 2022 will strengthen that instinct.

Truss’s focus is on supply-side reform to boost the prospects for long-term growth, but that takes time to deliver and can generate tensions in the Conservative electoral coalition of 2019.

The Onward director, Will Tanner, had said in the past that ‘you can enjoy an 80-seat majority including the Red Wall. Or you can pursue Singapore-on-Thames. You can’t do both for long.’

If Truss’s ideological instincts are clear, her career – vocally championing Brexit opportunities after campaigning for Remain – has been based on changing her mind as circumstances change.

Being a ‘crisis prime minister’ could have advantages. The rally-round-the-flag effect was strong during Covid. But prolonged economic crises have more often led to political defeat too, including for Callaghan, John Major and Brown.

It will not have escaped the monarch’s notice that her prime ministers seem to come and go more quickly these days.

The Queen will next month greet her fifth new prime minister in just 15 years, since Brown took office in 2007. The previous quartet, from Callaghan to Blair, lasted more than 30 years. Johnson is the third prime minister out of four to last just three years in Downing Street. The new leader must win the next general election to last even that long. They will certainly need to prove very good in a crisis.