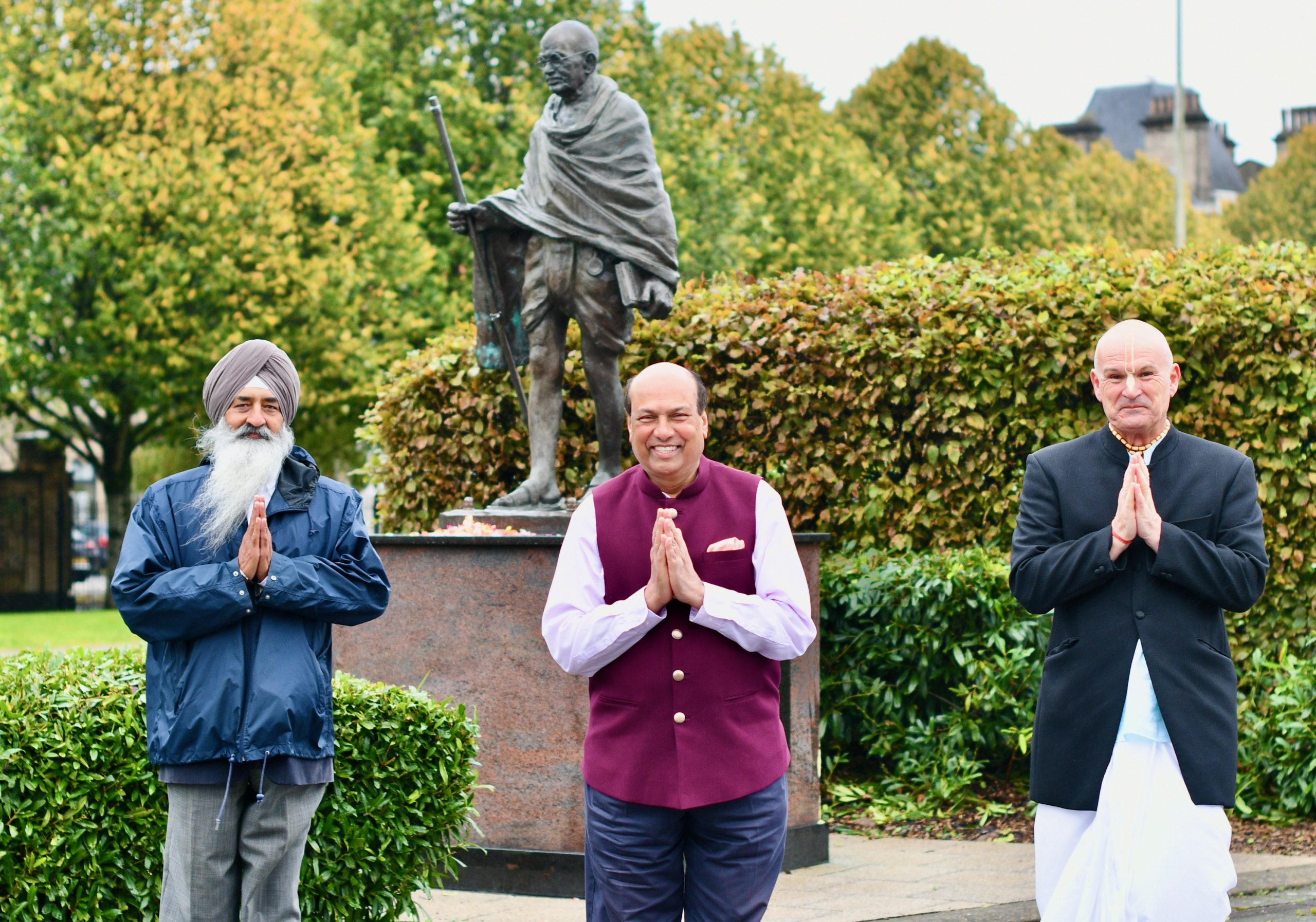 (Left to right) Gurmit Randhawa, president of Sikh Council of Wales, Indian Honorary Consul in Wales Raj Aggarwal, and Taraksnathan Dasa, president of ISKCON Wales, at the Gandhi statue near the Millennium Centre in Cardiff Bay.

Led by Indian Honorary Consul in Wales Raj Aggarwal, the event was a low-key one due pandemic restrictions, unlike last year which saw over 400 guests and tricolour illumination.

Aggarwal laid rose petals at the Gandhi statue near the Millennium Centre in Cardiff Bay, and was joined by Gurmit Randhawa President, president of the Sikh Council of Wales, and Taraksnathan Dasa, president of ISKCON Wales.

Addressing the gathering, Aggarwal said: “This is a major celebration for a man that the whole world recognises as a great leader and wise soul. Mahatma Gandhi not only left a legacy of freedom to India but also a message of one of non-violence, religious pluralism and tolerance of all peoples, races and creeds.

“In these days when sustainability and the environment are at the forefront of our minds it’s important to point out that Gandhi lived by the principles of a cleaner less wasteful life way before it was a mainstream issue.”

The honorary consul also stressed that it was important to “remember the teachings of Gandhi and remind ourselves of his wisdom” amid the coronavirus crisis.

“Many of his words are extremely poignant at this time,” said Aggarwal. “In particular, Gandhi said: ‘The future depends on what you do today.’ That has such important relevance to our current situation.

“He also said: ‘There is more to life than simply increasing its speed’. We should pause and reflect, and use this time to reset our priorities to the things that really matter in our lives.”