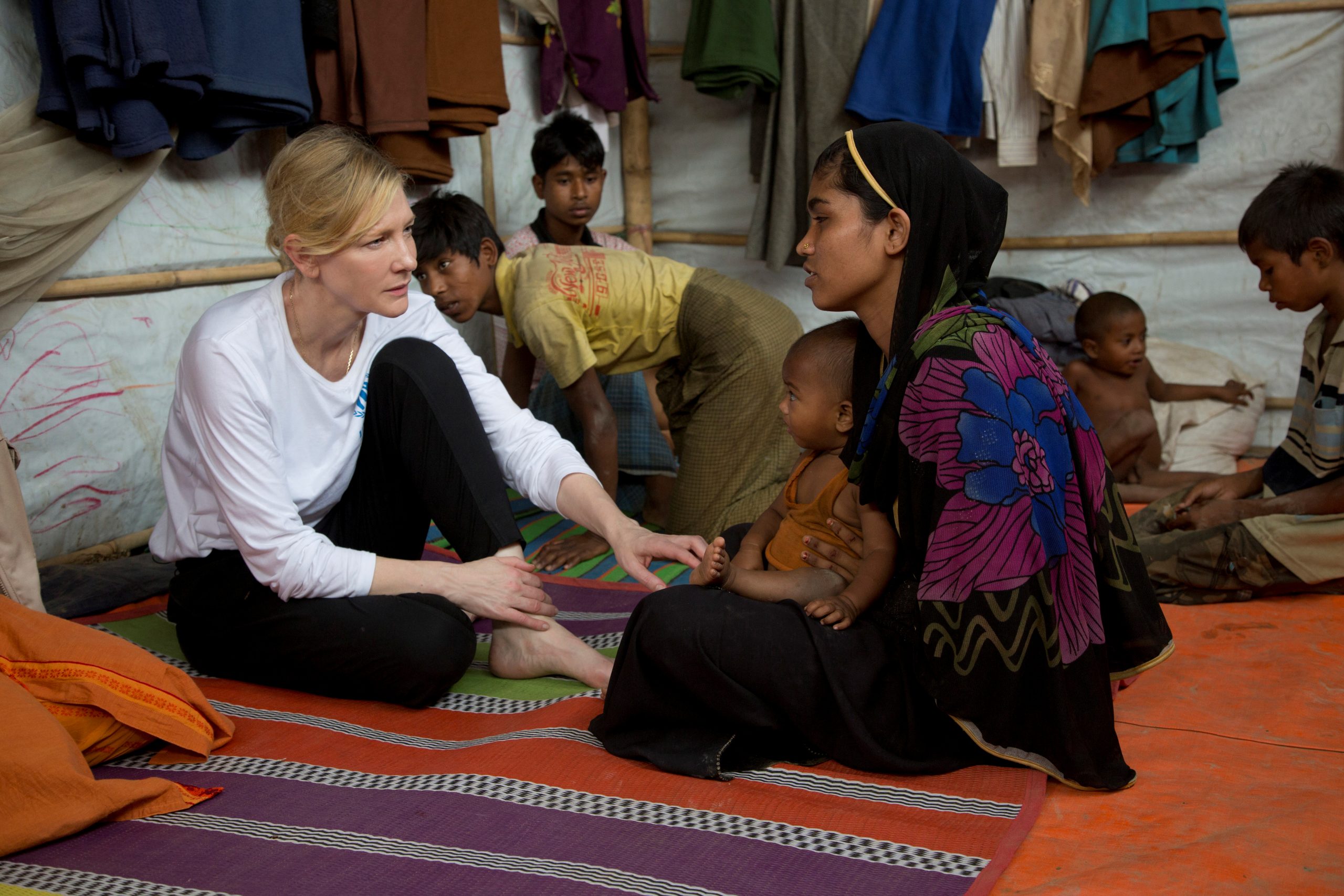 THIS year’s World Refugee Day offered a chance to reflect on the uncertainty faced by those forced to flee their homes, actress Cate Blanchett, a goodwill ambassador for the UN refugee agency, said.

The Oscar winner and UNHCR goodwill ambassador said the annual June 20 event came during a time of “challenge and reflection”.

“We’ve been forced to confront what uncertainty feels like and of course that is the situation that the majority of refugees live with, year in, year out,” Blanchett said.

“There’s a kind of an opportunity to think about how we have dealt with uncertainty and perhaps place ourselves in the shoes of mothers and fathers and doctors and lawyers who have been, through no fault of their own, displaced and have been living with, for often for upwards of 18, 19 years, in that state that we have been dealing with for 18 months.”

World Refugee Day honours those who have been forced to flee their homes due to conflict or persecution. This year’s theme called for greater inclusion of refugees in health systems, education and sport.

“Sadly, even in Covid, conflicts have continued around the world,” Gillian Triggs, UNHCR’s assistant high commissioner for protection, said in the joint interview.

“What we’re trying to talk about, is to support the host countries to enable people to be included in access to education, children to school, family members to work, but of course, most particularly in this time of Covid, access to health and to vaccines,” Triggs added.

In its annual report released last Friday (18), the UNHCR said the number of people forced to flee their homes due to conflict, persecution and human rights abuses had doubled in the past decade to reach 82.4 million at the end of 2020.

“These numbers are not going away, but the numbers are so great that we can often forget about the human face,” Blanchett said.

In her UNHCR role, Blanchett has travelled to Lebanon, Jordan and Bangladesh, and has addressed the UN Security Council on the Rohingya refugee crisis.

“There’s been a lot of fear-based rhetoric around the notion of people who have been forcibly displaced, either internally or outside their own country,” she said.

“I think that World Refugee Day couldn’t come at a better time because we can really think about how we can collectively build a stronger and safer and more humane world and that being inclusive is a superhuman power.”