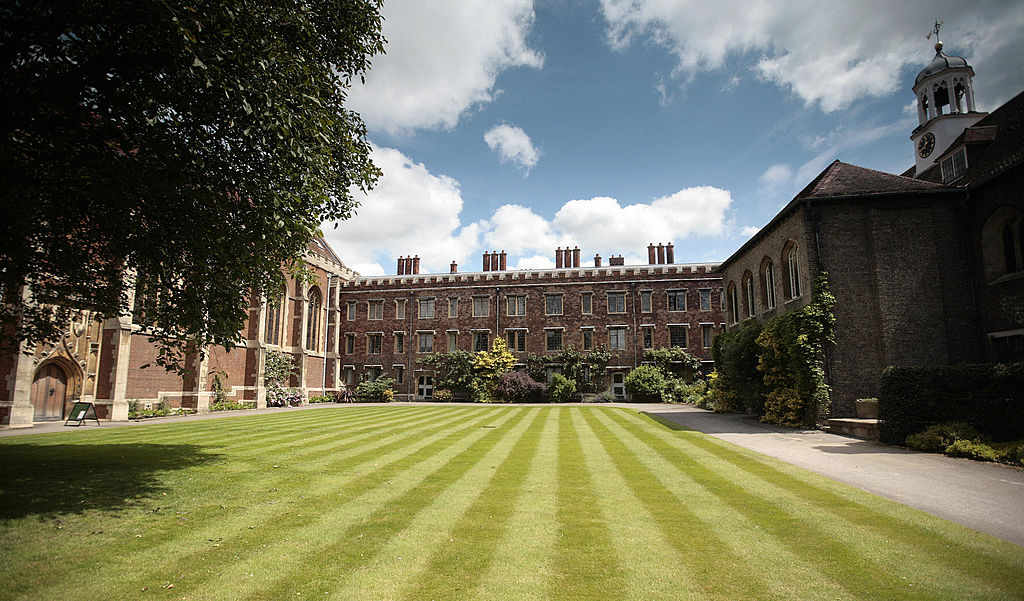 “The university, and colleges, need to work hard to ensure that once admitted, all students, no matter what their ethnic background, feel Cambridge is a welcoming place and one in which they can realise their potential and thrive,” says Professor Graham Virgo, the university’s senior pro-vice-chancellor. (Photo: SHAUN CURRY/AFP via Getty Images)

CAMBRIDGE UNIVERSITY is set to introduce “unconscious bias” training for staff along with plans to “diversify the curriculum”.

The university, which saw a threefold increase in black students over the past three years, said it will also offer students “a wider choice of authors to study”.

Promising to the issue of lack of diversity in its English curriculum, the university announced that it will ask staff to undergo “race awareness and unconscious bias training”.

Cambridge has been accused of racism on campuses. Last year, it sparked outrage after a non-black lecturer read aloud “the N-word” from a passage during a class, leading to a doctorate candidate quitting in protest.

“In just three years, the number of UK-based black undergraduates taking up their place at Cambridge has more than tripled,” said Professor Graham Virgo, the university’s senior pro-vice-chancellor.

“This is testament to their hard work and ambition.

“The collegiate university, its students, and partners have been working hard to reach out to potential applicants to encourage them to apply.

“We accept this is not just about ensuring that our intake reflects UK society.

“The university, and colleges, need to work hard to ensure that once admitted, all students, no matter what their ethnic background, feel Cambridge is a welcoming place and one in which they can realise their potential and thrive.

“That is why we’re working with black students at Cambridge to ensure that their education is the best it can possibly be.”

The university also said recently that 70 per cent of its undergraduate students were educated at state schools, and more than a fifth came from the UK’s most deprived areas.

Many analysts attributed the increase in black students to sustained equality campaigns and the buzz created by the “Stormzy Scholarships” launched in 2018.

Noting that black students were “under-represented at leading universities”, Stormzy had announced that he will fund all expenses of two black students at Cambridge.

“I hope this scholarship serves as a small reminder that if young black students wish to study at one of the best universities in the world, then the opportunity is yours for the taking – and if funding is one of the barriers, then we can work towards breaking that barrier down,” the British rapper had said at that time.

The African Caribbean Society, which mentored young black students, said it was an “an honour and a joy to see that Cambridge will be ushering in its largest intake”.

“This speaks to the passion of the many individuals, organisations, and institutions who have worked to ensure that Cambridge is a place where black students have their academic ability, creativity, ingenuity and heritage valued,” said the society’s president, Sharon Mehari.

Seeking to initiate “institutional change”, Cambridge had earlier introduced a “reverse mentoring” programme in which staff from black, Asian and minority ethnic backgrounds mentor white colleagues to help “deepen the understanding of racism at the leadership level, and how it can be acted upon”.

The scheme, however, was reported to be ineffective, as some mentees “hadn’t really taken on board that they were doing something serious”. It was also flagged for adding to BAME staff’s workload.

“I’m not at all surprised that it’s run into problems,” Priya Gopal, a senior academic at Cambridge University’s English faculty, said earlier this year.

“It is an additional burden on BAME staff – something that has not been sufficiently accounted for – and it can put junior staff in a difficult position. It’s not been my experience that many heads of departments and colleges really want to hear how bad things are. There is a culture of not taking race seriously.”

The university, however, trashed reports that the programme would be scrapped.

“We are hugely appreciative of the efforts of those who volunteered as mentors and recognise that some of them have found it a challenging experience,” said a spokesperson.

“As we continue to develop the scheme, we will listen to their feedback and provide them with additional support if they feel they need it.”

Shraddha Kapoor roped in to play the lead role in Nagin

Kriti Kharbanda opens up about her relationship with Pulkit Samrat