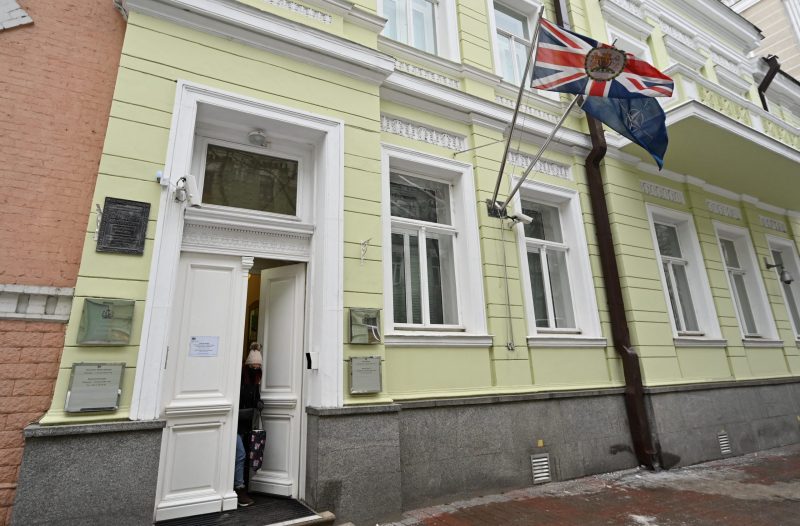 A woman comes out of the UK Embassy building in Kyiv. (Photo by SERGEI SUPINSKY/AFP via Getty Images)
Follow Us

A British student has managed to return home from Ukraine amid rising tensions with Russia.

Haider Ali, 21, said the proximity of his college, Dnipro Medical Institute to the country’s eastern region was a concern, as there is a buildup of Russian forces on the other side of the border.

Ali, from Birmingham arrived in the UK on one of the first commercial flight out of Kyiv.

He has other Britons living in the country to leave. Ali left after the Foreign Office called for Britons to leave.

“I said to my friends ‘right, it’s going to get a lot more expensive because when it kicks off, it will kick off quite quickly’,” he was quoted as saying.

“We’re only about 200 miles, 150 miles, from the border where everything’s going on in Crimea,” Ali added.

As reported by the BBC, Ali took a Ukraine International Airlines flight to Gatwick on Saturday (12). Many of the British students are also believed to have returned home over the weekend.

“The majority of people will be gone by about Wednesday,” he said.

“I’m very grateful that I did buy my tickets early and avoid the panic.”

Until things calm down, Ali is not planning to return and continue his studies remotely from Birmingham. He had started his graduate-entry medicine studies in Dnipro last September.