Hassan Ugail, Director of Centre for Visual Computing, Faculty of Engineering and Informatics at the University of Bradford, solved the longstanding mystery surrounding the Madonna and Child painting, known as the de Brécy Tondo. 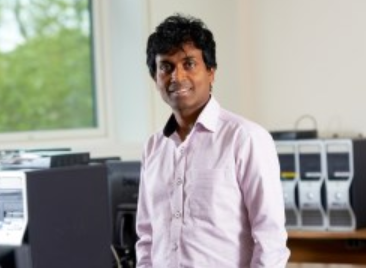 The Tondo is a circular painting of the Madonna and child. But there is little on record to authentically conclude as to who created the artwork although it is believed High Renaissance master Raphael was the painter behind it. There are striking similarities between the Tondo and the Sistine Madonna, a celebrated oil painting by the Italian artist.

Using his facial recognition technology, Professor Ugail found a 97 per cent match between the faces of the Madonnas, The Times reported.

According to the scientist who helped to identify the poisoners of Russian-born spy Sergei Skripal and the suspects in the murder of US-based journalist Jamal Khashoggi, the likeness between the artworks showed they were “undoubtedly” by the same artist.

The child in both paintings has an 86 per cent similarity. More than 75 per cent of likeness is considered identical.

Although “looking at the faces with the human eye shows an obvious similarity”, the computer “can see far more deeply than we can,” Professor Ugail is quoted as saying.

He teaches visual computing at Bradford University’s School of Engineering and Informatics.

The Tondo was bought by businessman and art collector George Lester Winward in 1981 from the estate of a descendant of Sir Richard Wynn of Gwydir, treasurer and receiver general to King Charles I’s wife Henrietta Maria.

The de Brécy Trust’s honorary secretary Timothy Benoy said the Maldivian-born scientist’s algorithm illustrated “the increasing value of scientific evidence in the attribution of a painting”.

“The trust is absolutely delighted that this new scientific evidence confirms the Raphael attribution of the Tondo,” Benoy told The Times.