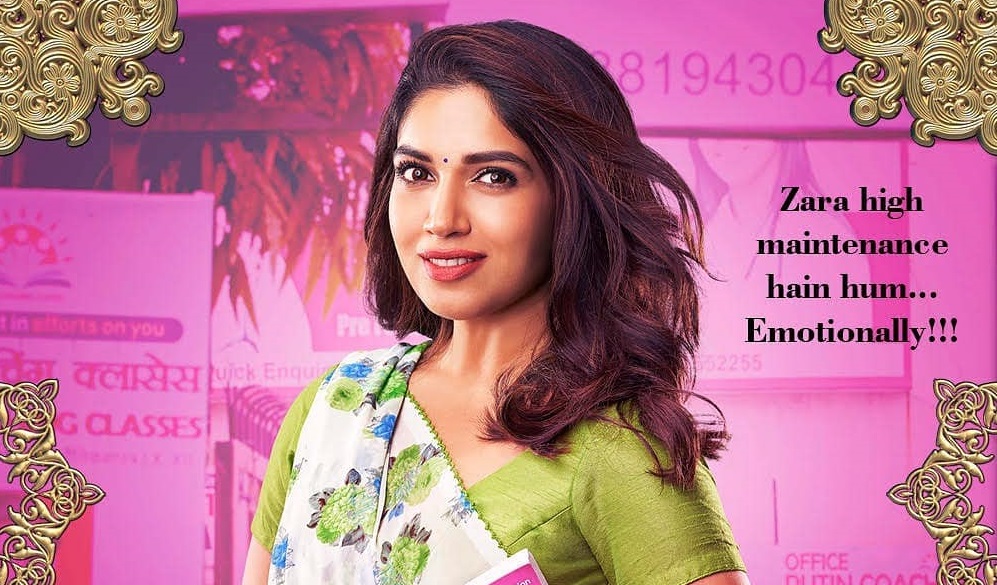 Karisma Kapoor ruled the big screen in the 90s and early 2000. She has starred in many romantic comedies and has made the audience laugh out loud. Bhumi Pednekar, who will next be seen in Pati Patni Aur Woh, recently revealed that she took inspiration from Karisma Kapoor to portray her character in the film.

Bhumi stated, “I have been a huge fan of Karisma Kapoor since I was a child. I even bought a dress that was similar to the one she wore in Raja Hindustani. For me, she is the epitome of a commercial film heroine and I have seen and loved her films.”

“A fabulous actor, she was outstanding in comedies and Biwi No 1 was a huge inspiration for me while I was preparing myself for Pati Patni Aur Woh. Karisma as a simple bahu to becoming the firecracker in the film had bowled me over and she was my most definitive reference point to nail my role in this film,” she added.

Bhumi says that her role is similar to what Karisma played in Biwi No 1. The actress said “It’s a dream come true for me to play a role that is so strikingly similar to hers. I thoroughly enjoyed playing the commercial film heroine for the first time in my career and I realized my childhood wish in the process.”

Well, Bhumi is clearly one of the most successful actresses of this generation. She has been a part of six films and apart from Sonchiriya, all her films have been successful at the box office.