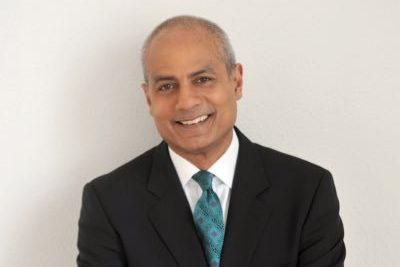 BBC presenter George Alagiah, 65, will take a break to get treatment after “a further spread of cancer” was found, his agent has said.

The journalist, one of the faces of the BBC News at Six, was first diagnosed with bowel cancer in 2014. Last June, he said it had spread to his lungs, liver and lymph nodes.

Over the coming months he will undergo chemotherapy and radiotherapy as his doctors want to hit the new tumour “hard and fast”, he said.

In a statement on Monday (18), his agent said: “George Alagiah, presenter of BBC News at Six, Britain’s most watched news programme, is to take a break from studio duties to deal with a further spread of cancer.

“He was first diagnosed with stage 4 bowel cancer in April 2014. In a letter to colleagues in the newsroom Mr Alagiah said his medical team had decided to hit the new tumour ‘hard and fast’.

“He is due to undergo a combination of chemotherapy and radiotherapy over the next few months.

“He added that working on the programme ‘has kept me sane over the last few years’ and ‘I’m determined to come back’.”

A BBC spokesperson said: “We are all wishing George well and look forward to seeing him back in the newsroom.”