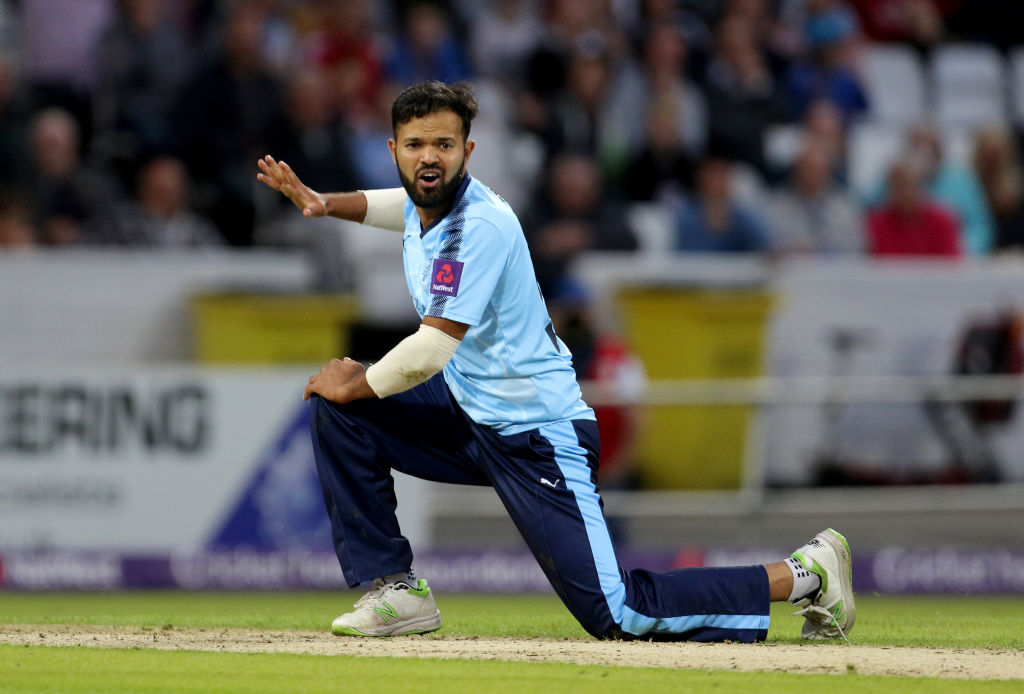 AZEEM RAFIQ’S testimony in parliament offered powerful, harrowing and persuasive proof that issues of racism in Yorkshire cricket were sustained, deep-rooted and reflected an institutional failure of culture, leadership and governance.

Within days, Rafiq was himself apologising, as anti-Semitic social media messages [he had sent as a teenager] surfaced, using hurtful tropes sadly similar to those he had suffered himself.

Jewish civic leaders struck a constructive tone, accepting the sincerity of Rafiq’s apology as a starting point for a future relationship.

His comments “in no way diminishes or lessens Rafiq’s testimony and the appalling racism he has explored”, wrote Jewish Chronicle editor Stephen Pollard, noting they did illuminate the challenges of anti-Semitism, within and beyond Muslim communities.

Rafiq continues to campaign against racism and he has the opportunity, having entered his 30s this year, to become part of the solution to the issues experienced by his 19-year-old self.

The difficult challenge will be to shift the conversation about change from individuals to institutions. Headlines focus more on who wore blackface at a party a decade ago than the hard yards of how to turn inclusive values into action.

There is now a bipartisan consensus at Westminster that Yorkshire County Cricket Club is institutionally racist. It would be strange if it was the sole institution in British society for which that is the case. “Many of us watched that through our fingers.

It could have been any of us,” an official in another sport’s governing body told me after watching the English and Wales Cricket Board (ECB) chief executive struggle under parliamentary scrutiny.

Few sports are confident as to what might emerge if the national spotlight that shines, for now, on cricket was turned on them. An open letter from Chris Grant, the Sport England board member, put a powerful case that most sports are missing out on the full potential of the nation.

Beyond athletics and boxing, most Olympic sports have struggled with diversity. There was no progress in increasing the British Asian presence between London 2012 and the Tokyo Games this summer, with just one British Asian Team GB member among the 399 who went to Japan.

‘Institutional racism’, defined by William Macpherson during the 1999 Stephen Lawrence inquiry, reminds us that that unfair outcomes do not only arise from malign intentions, but can be the unwitting result of policies and systems that lead to different treatment.

Yet, it is also difficult to use this term to drive positive cultural change. It wants to direct our attention to the rather boring word “institutional”, yet pairs it with a powerful, taboo word “racism”, that is often intuitively associated with individual intent.

There is a tricky balancing act for a sporting body to simultaneously declare that it both understands itself to be “institutionally racist” and is also fully committed to making everybody welcome.

A cooler term than the r-word – such as “institutional barriers” or “discrimination” – might better navigate these traps. If the question “are you institutionally racist?” suggests a binary state of grace or disgrace, the truth is that every institution faces sustained work to tackle disparities and make the culture more inclusive.

The ECB is developing a sensible, if gradualist framework, to deepen its Equality, Diversity and Inclusion action plans. There will be more stretching targets for diversity in playing and coaching, though the laudable aims are often familiar from previous initiatives that did not quite shift the dial.

So, cricket must grasp the cultural challenges, from the dressing rooms to the stands, of how to use this watershed moment.

The ECB’s proposed review of crowd behaviour focuses primarily on vigilance about prejudice and new mechanisms to report it. The broader vision should be for cricket to become a contact sport – a social contact sport – both on and off the pitch.

Cricket also needs to mobilise the decent majority of members and spectators to become active participants in helping the sport they love to make the changes it needs.

The start of the next domestic cricket season in April could bring this to life. After all the pain in Yorkshire about the disrepute brought to the county, a positive vision is needed too.

A “Yorkshire Welcomes” campaign could invite members to reach out across class, generational and ethnic lines to invite friends, neighbours and colleagues to the ground, rather than leaving it only to the club itself to engage schools and community groups.

Every major institution in Britain will need to become more confident in talking about race and acting for inclusion. The reward is to unlock the full potential of our increasingly diverse Britain. Were that not incentive enough, a dramatic sporting collapse has illuminated the governance risks of failure more clearly than ever before.