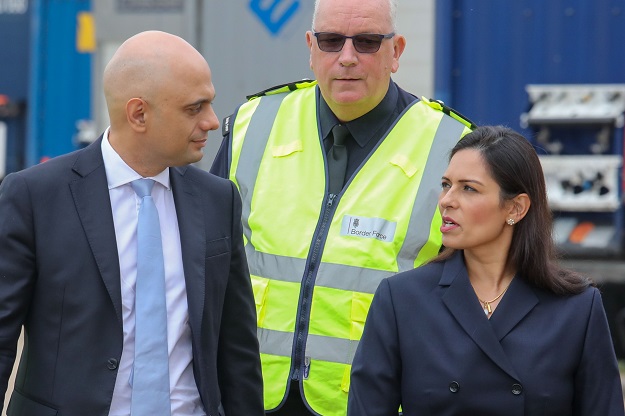 FOR the past 20 years, I have been resolute that I would return to karate. I gave up soon after our daughter was born, and the once-toned muscles of a former British champion went to mush.

Perhaps writing it down, in black and white for everyone to see, might make a difference this year. But it got me thinking about how actions have consequences, and how 2020 is the year that the four south Asian ministers in the most diverse cabinet in history could change British politics forever.

Sajid Javid, Priti Patel, Alok Sharma and Rishi Sunak. The ‘Fab Four’. It is not just brown-skinned eyes that are focusing on them with interest, but the rest of the country. What they do will determine the outcomes of people’s lives. It is a huge responsibility, and I hope it is something they remember.

Let’s start with The Saj. Last week, he took to Twitter to slap down Stormzy who said Britain was racist. The rapper was “100 per cent wrong”, according to Javid. Yet this is the man who last month said on social media, “I get racist abuse from Corbyn activists almost on a daily basis.” I am not sure if you know, but he is the son of an immigrant from Pakistan who is the most famous ex-bus driver in the UK. (Except for London mayor, Sadiq Khan).

Javid made great play of his humble roots during his bid to lead the party to show how far Britain has come. During that contest, he cleverly got all his party’s leadership hopefuls, including Boris Johnson, to promise to have an inquiry into Islamophobia among the Conservative faithful. We know this pledge has been watered down, but if he so wishes, Javid has the authority, no obligation, to make sure this pernicious form of racism is eradicated once and for all.

For the home secretary, getting rid of racism is quite easy. Patel runs the department responsible for homeland security and immigration. After a year where we are still feeling the repercussions of the government’s hostile environment policy and Windrush scandal, wouldn’t it be great if Patel lives up to her promise of a fair and equitable immigration policy which does not discriminate against black and brown people?

Mind you, I cannot see how this will happen, considering we have had an Australian-style visa points system for a decade, the same time the Tories have been in power, only to see anecdotally fewer south Asians being allowed in. What this home secretary needs to demonstrate is that the UK is truly tolerant of those whose countries are majority non-white. Patel’s parents were immigrants, something she conveniently forgets in her hawkish attempts to show she is tough on immigration and the causes of immigration.

This is where Sharma can be instrumental. The clue is in the title of his international development office. If there were one person in the cabinet who could break down hatred on a global scale, it is Sharma. But recent history is against him. Patel was once in his position, and she slashed Britain’s contribution to the Commonwealth, an organisation of 53-member countries, one-third of the world, united by a common language, common heritage and common history. Post-Brexit, the Commonwealth is the place which could help us create a more harmonious, economically richer and safer world. Some Commonwealth nations, including India, have banned homosexuality. International pressure, including the UK, on Brunei stopped the country stoning gay men to death. Sharma should understand the politics of soft power.

At home, as chief secretary to the Treasury, Sunak has the power to veto department budgets. He was credited for turning around a spending round for the new Johnson administration in a fortnight. Imagine the responsibility on such young shoulders. Sunak can, at the stroke of a pen, help those who need it the most. He can increase or decrease spending on social care, education and health. If he wants to do good, he should also order an enquiry into why BAME public service workers are paid less than their white colleagues.

When it suits them, all four make a great deal about their south Asian heritage. I am not suggesting for a moment that they concentrate on making the lives of just one minority group better. What I am saying is that never in the history of this country have four people had the power, influence and ability to show that their heritage can enhance rather than detract from a Britain which needs to be fair, equal and above all, kind and united. Otherwise, like my resolution to return to karate, their promises are nothing but empty words.

I, for one, will be watching. 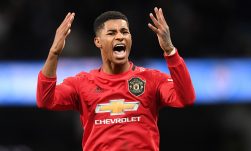 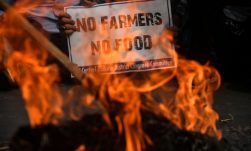