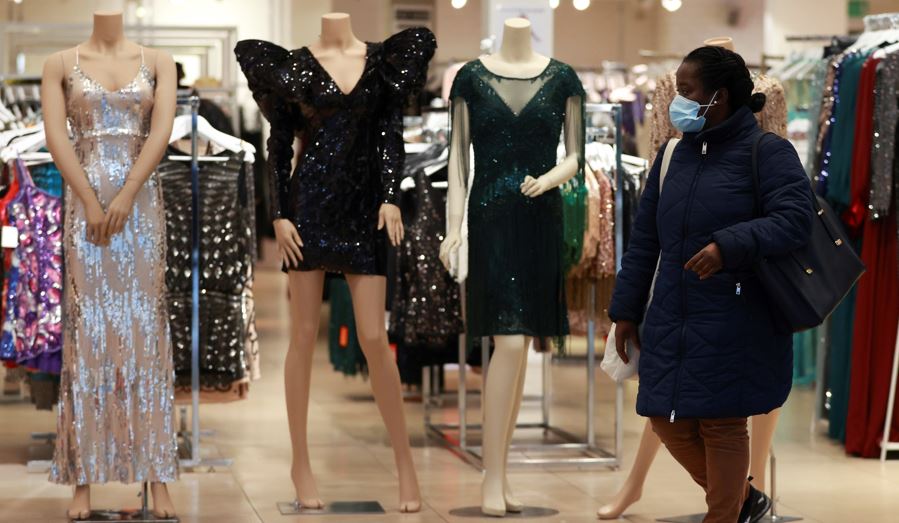 Bharat Pankhania discusses Omicron and what control measures may be needed

Q: You have said previously that Omicron may not have come from South Africa. What did you mean by that?

A: It’s very important to be aware that variants can arise from any part of the world. It’s just that South Africa has got good genomic sequencing. So, if you think about it, it could have arisen, for example, I’m not saying it did, in a northern African country or any other country, and someone brought it to South Africa, and then the South Africans got infected. Then they genome sequenced it and reported it like they did. It doesn’t necessarily mean the origin is South African.

So, it could have arrived in the UK before now?

Oh, absolutely. I’m pretty confident that by the time you realise you’ve got a variant on your hands, it has already spread to many parts of the world.

And what do you think governments should be doing now?

The best thing that the rich governments ought to have done, which they never did, is to help Africa, because if you do not help Africa suppress its infections, then unfortunately, such variants will keep on arising. And I don’t necessarily mean Africa, I mean any impoverished poor country that has a poor vaccine supply.

Infection control prevention is not a super rocket science. It is very straightforward. Again, the UK government, not wanting to be unpopular, has not instigated, not implemented, good infection control measures. The one that is ever so easy to implement, and therefore, the government can show that they are doing something, is to keep on talking about boosters, boosters, boosters, but actually, prevention is more than just boosters.

As an expert, how much do you believe that schools should be going back to online teaching, as well as higher education institutions, and working from home should be now made a priority? And that really, companies ought to start thinking for themselves whether face-to-face working is really the best thing to do?

The easier question to answer is, wherever you can avoid crowds, congested transport systems, crowded offices, you should do so in order to keep case numbers down. The second bit, with respect to schools, is a more difficult one. But when it comes to schools, we would be in a much better place had this government taken the right decision to immunise children before the summer holidays. So that was a failure of good judgement. But we are where we are now with large, uncontrollable outbreaks in school settings.

The good thing is that most children who get infected get better, but they do propagate, meaning they do generate cases in the older age groups. And that is really unfortunate.

And that will have an effect on multi-generation homes, which is prevalent in south Asian communities?

Indeed, and it is a risk in those multi-generation households. I said exactly this when I was asked the question, ‘why do some places have such high rates in Wales and Scotland, considering they wear masks more so than in England?’ And my answer was, well, it is multi-factorial, and one of the factors is poverty and multi-generation households. There is more poverty in Wales and Scotland compared to England.

Again, there is no talk in the UK of immunising five-to-11-year-olds, whereas the United States, Canada, the European Union, Israel are racing ahead with immunising, so we need to get our house in order and immunise across all age groups and not procrastinate about this.

Everybody’s looking forward to Christmas and the Christmas break. But with families getting together, what is your biggest concern?

My biggest concern is twofold. One, a surge in cases which we cannot deal with because the hospitals are over-full, and therefore people will die. And that upsets me a great deal because we are a G7 nation, we could see this coming, and we didn’t do enough to stop it.

The second bit, which we have not been beating the drum about, and which we really must, is that the influenza season could take us unguarded. So, we must not drop our guard with respect to immunising ourselves against seasonal influenza, it is very important.

So, because of my concerns, we need to apply the brakes. We’re in December now. So, if you apply the brakes now, then you get a better holiday festive period. With fewer cases, it may already be too late to say if you haven’t been immunised against influenza, do so as soon as possible, and take your boosters when they’re when they’re offered. Don’t delay.

What do you mean, apply the brakes?

Do you believe we are heading towards another lockdown?

The second thing, which is in our favour, is we have a highly immunised population. So, the vulnerable people in the UK are covered, and therefore I do not foresee a situation where people are dying. But we haven’t got any controls. The window is now narrowing by the hour, by the day. So, the sooner you are [tested] the faster you see [improvement] – the incubation period is 10 days. So, if you act now, you’re clearing the middle of December.

And that is a good thing. So, if you maintain controls between now and the middle of December, you will be in a better position come the 25th.