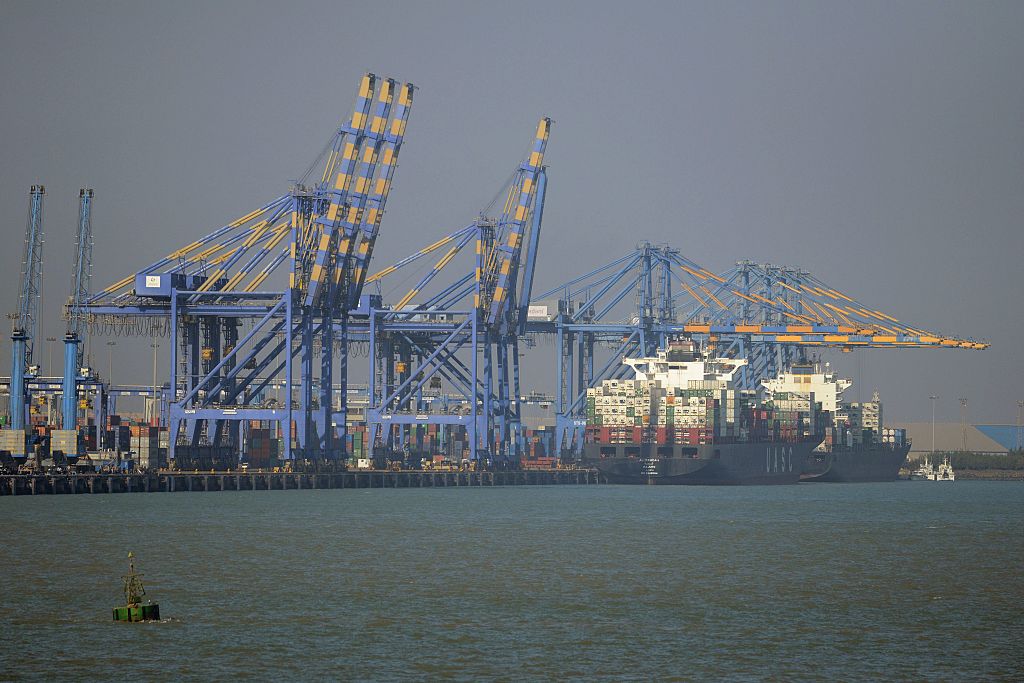 A file photo of a container ship docked at India’s Adani Port in Mundra. (Photo by SAM PANTHAKY/AFP via Getty Images)

INDIA’S largest port operator has said it will not handle cargo from Afghanistan, Iran and Pakistan from next month following the seizure of almost three tons of heroin.

Adani Ports, part of the Adani Group conglomerate, said Monday (11) that its “trade advisory” will apply to all the terminals it operates including third-party terminals from November 15.

It did not give a reason but the decision follows the seizure of almost three tonnes (6,600 pounds) of heroin from two containers at the Mundra Port off India’s western coast in Gujarat state last month.

The consignment, which authorities said originated from Afghanistan, was worth an estimated $2.65 billion (£1.95 bn), one of the biggest such hauls ever in the country.

Indian authorities had also seized heroin worth over $20 million (£14.7m) and detained six Iranian men in a deep-sea drug bust off the Gujarat coast in September.

In response to the seizures, Adani Ports had said it did not have the authority to examine the millions of tonnes of cargo that pass through its terminals.

A vast majority of the world’s opium and heroin comes from Afghanistan, despite major efforts by the United States to combat the drugs trade.