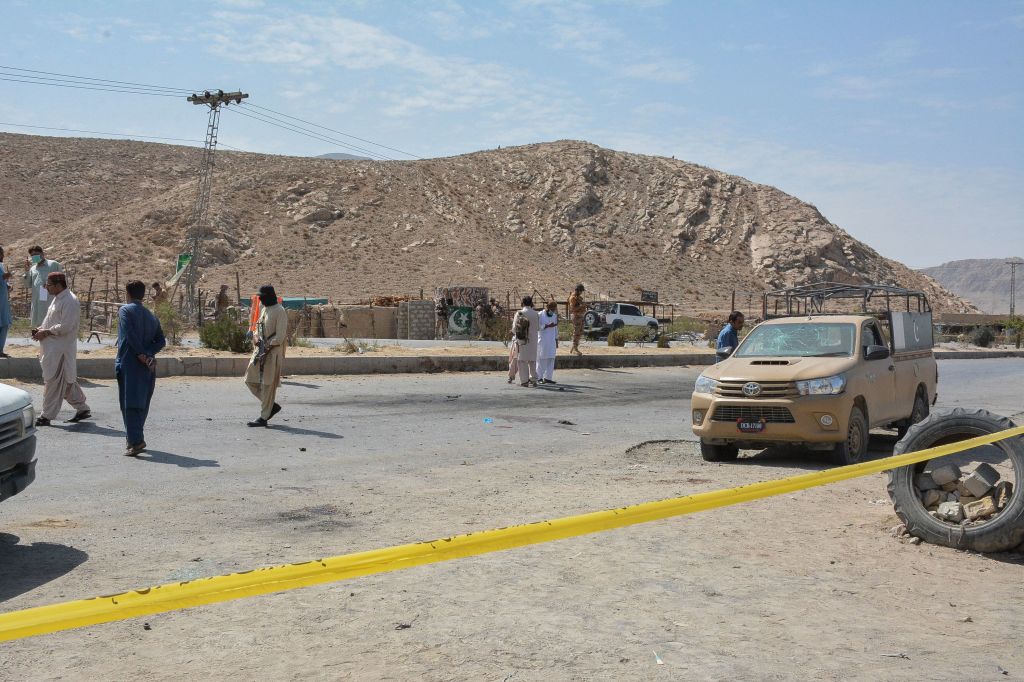 A file photo of security personnel examining the site of a blast after a suicide bomber on a motorbike blew himself up near a checkpoint in the southwestern city of Quetta on September 5, 2021. (Photo by BANARAS KHAN/AFP via Getty Images)

AT LEAST four security personnel were killed and two others injured in a blast targeting Pakistan’s paramilitary forces in the country’s Balochistan province, an official said on Sunday (26).

A vehicle of the Frontier Corps (FC) was attacked in the Khosat area of Harnai district on Saturday (25), according to the Dawn newspaper.

The FC soldiers were patrolling when their vehicle was hit by an improvised explosive device, resulting in the death of four soldiers and injuries to two officers.

Security forces rushed the injured to nearby hospitals.

Balochistan has been witnessing a spate of low-level violence for years. On Friday (24), two security personnel were killed and five others injured in an attack in Awaran district of the province.

In 2019, the United States designated the BLA, which is fighting the Pakistani rule in Balochistan province, as a terrorist organisation.