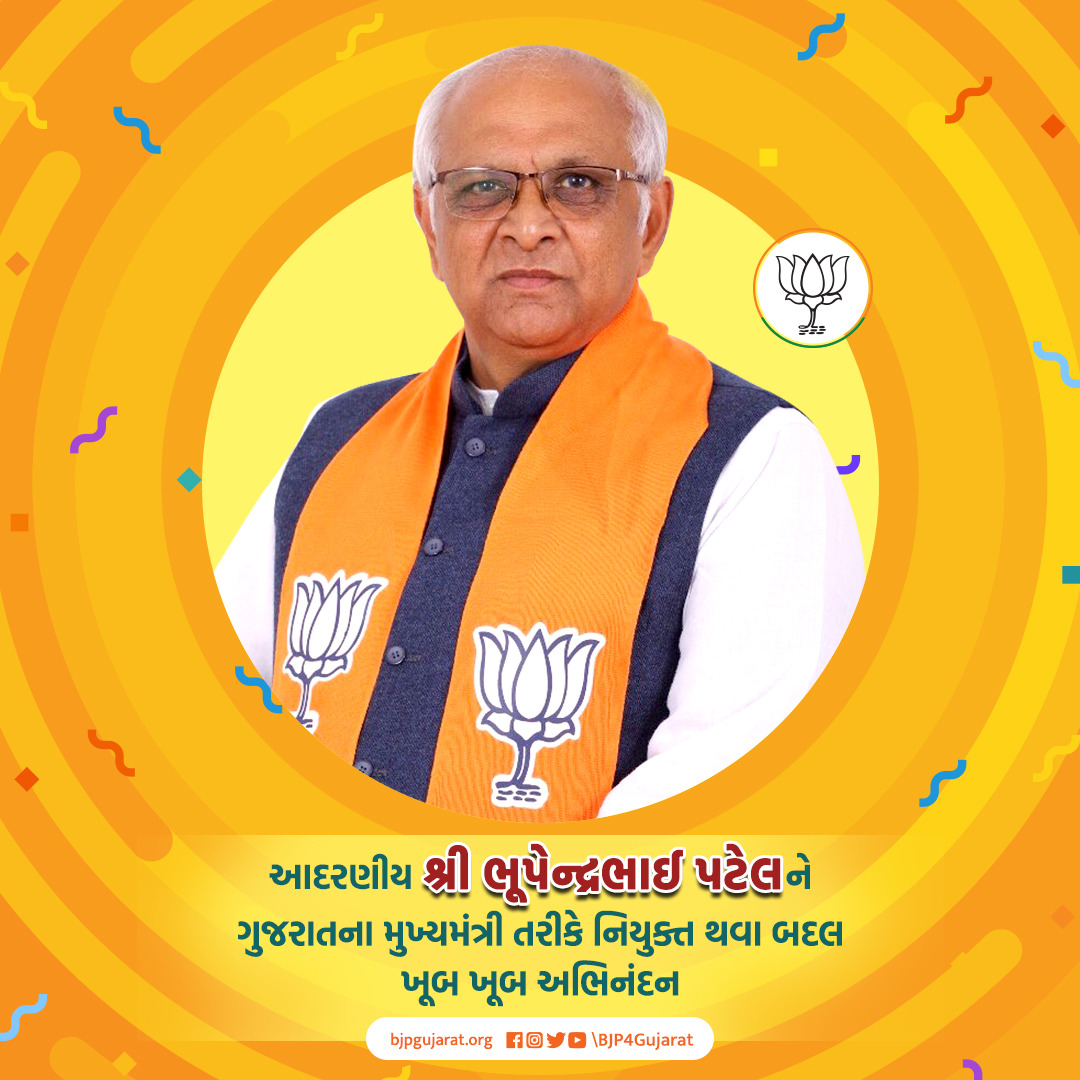 THE BJP legislature party meeting in Gandhinagar on Sunday (12) elected Bhupendra Patel,59, as the new chief minister of India’s Gujarat.

A first-time MLA and member of the Patidar community, Patel won the 2017 elections from the Ghatlodia constituency with the highest winning margin of the Assembly polls.

Patel belongs to the Kadva sub-caste of Patidar community, which the BJP was reportedly keen to appease ahead of next year’s assembly elections.

He holds a diploma in civil engineering from the Government Polytechnic Ahmedabad.

He has held the positions of president of Memnagar Municipality in Ahmedabad, and the standing committee chairman of Ahmedabad Municipal Corporation and Ahmedabad Urban Development Authority.

In the elections, four years ago, he defeated Congress candidate Shashikant Patel by over 100,000 vote margin.

According to reports, he is close to former chief minister Anandiben Patel, who won from the seat in 2012 polls and held it before she was appointed Governor.