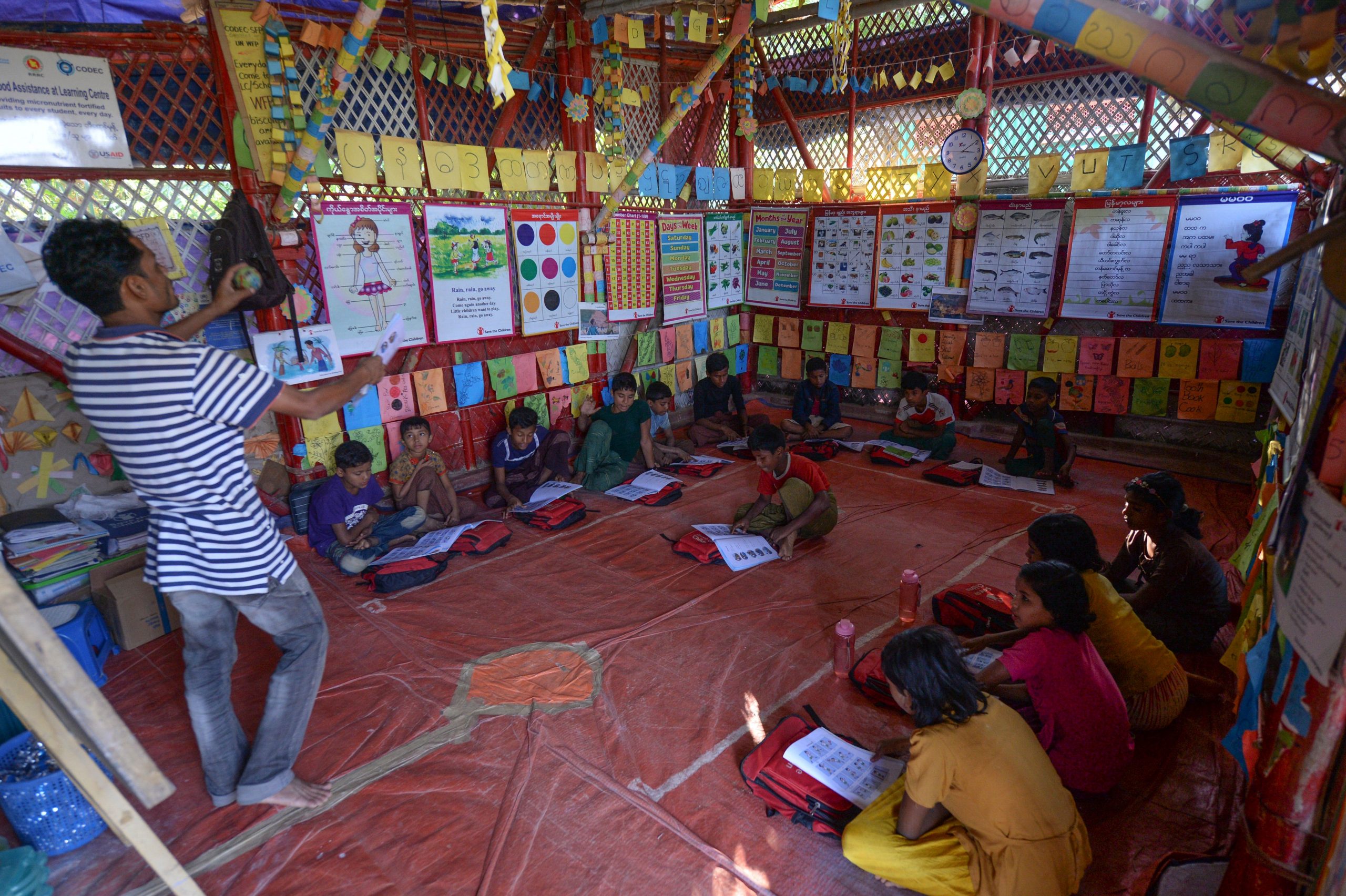 Rohingya children attend a lesson to learn their language at a school at Jamtola refugee camp in Ukhia on December 9, 2019. (Photo by MUNIR UZ ZAMAN / AFP)

Authorities this week ordered the closure of “unauthorised” education centres in border camps hosting around 850,000 members of the stateless Muslim minority, who fled there from violent persecution in neighbouring Myanmar.

The order came during a visit by UN special rapporteur Tom Andrews, who said the privately run schools played a critical role in educating Rohingya children.

“I am deeply concerned to have learned of a new policy, promulgated while I was here, that would close all private schools in the camps,” he told reporters in the capital Dhaka.

“We cannot allow an entire generation of Rohingya to go practically uneducated,” he added.

Bangladesh’s foreign ministry has said the order will not impact around 3,000 learning centres for children in camps supported by the United Nations Children’s Fund (UNICEF).

It claimed the move had been made to halt the operations of schools “promoting radicalism and engaged in illegal activities”.

Angered Rohingya activists in the camps have taken to social media to protest the decision in lieu of public protests, which have become difficult since security was boosted after the murder of a top camp leader in September.

The New York-based Human Rights Watch said about 30,000 children will lose their access to education if Bangladesh does not reverse the closures.

Andrews used his Dhaka press conference to urge Bangladesh to protect Rohingya livelihoods after the bulldozing last week of around 1,000 shops in the camps, which authorities said were built illegally.

He also called for freedom of movement for Rohingya resettled to remote and flood-prone Bhashan Char island, where Bangladesh has shifted nearly 20,000 refugees from the overcrowded border camps.