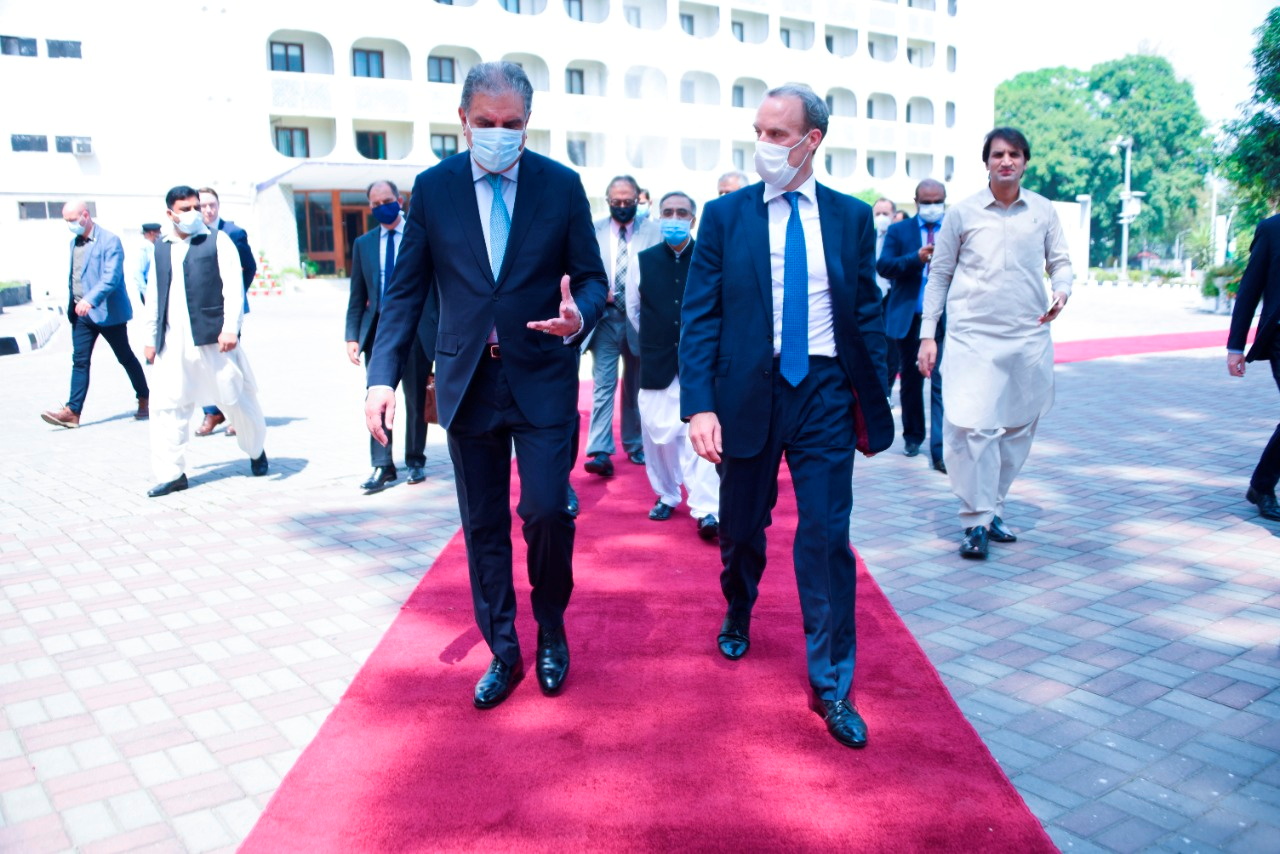 PUBLIC health officials of Pakistan and the UK are scheduled to meet on Monday (6) to discuss the possibilities of taking Islamabad off London’s travel red list.

British foreign secretary Dominic Raab who visited Pakistan on Friday (4) said it was a “sensitive and difficult” issue on which both sides have to work together to “find a way through”.

He hoped Pakistan would come out of the UKs’ travel restrictions, but did not make any commitment, saying the decision “is taken at a technical level”.

“We want to find a way through. No one wants Pakistan off the red list more than I do, but we take these decisions at a technical level. I think the smart thing for us to do is work together to enable that to happen as soon, as safely and as responsibly as it can be done,” Raab said at a press conference.

Pakistan has a “pretty strong case” to be removed from the red list, The Telegraph said citing a source close to Raab. But the issue is not linked to Islamabad’s cooperation with the UK on the Afghanistan matter, it said.

Britain retained Pakistan on its red list when the review of travel status of various countries came up for review late last month. This meant that travellers from the South Asian country should go through stringent Covid-19 protocols on arriving in the UK.

Raab also said Britain agreed to listen to Pakistan’s concerns over being on the grey list of the Financial Action Task Force, an intergovernmental organisation that monitors money laundering and terror financing.

Pakistan foreign minister Makhdoom Shah Mahmood Qureshi, who asserted that Islamabad has been taking steps at legislative and administrative levels to come out of the grey list, sought the UK’s support on the matter.

“I urged the Foreign Secretary to be supportive of Pakistan on the steps that we have taken on that score.”