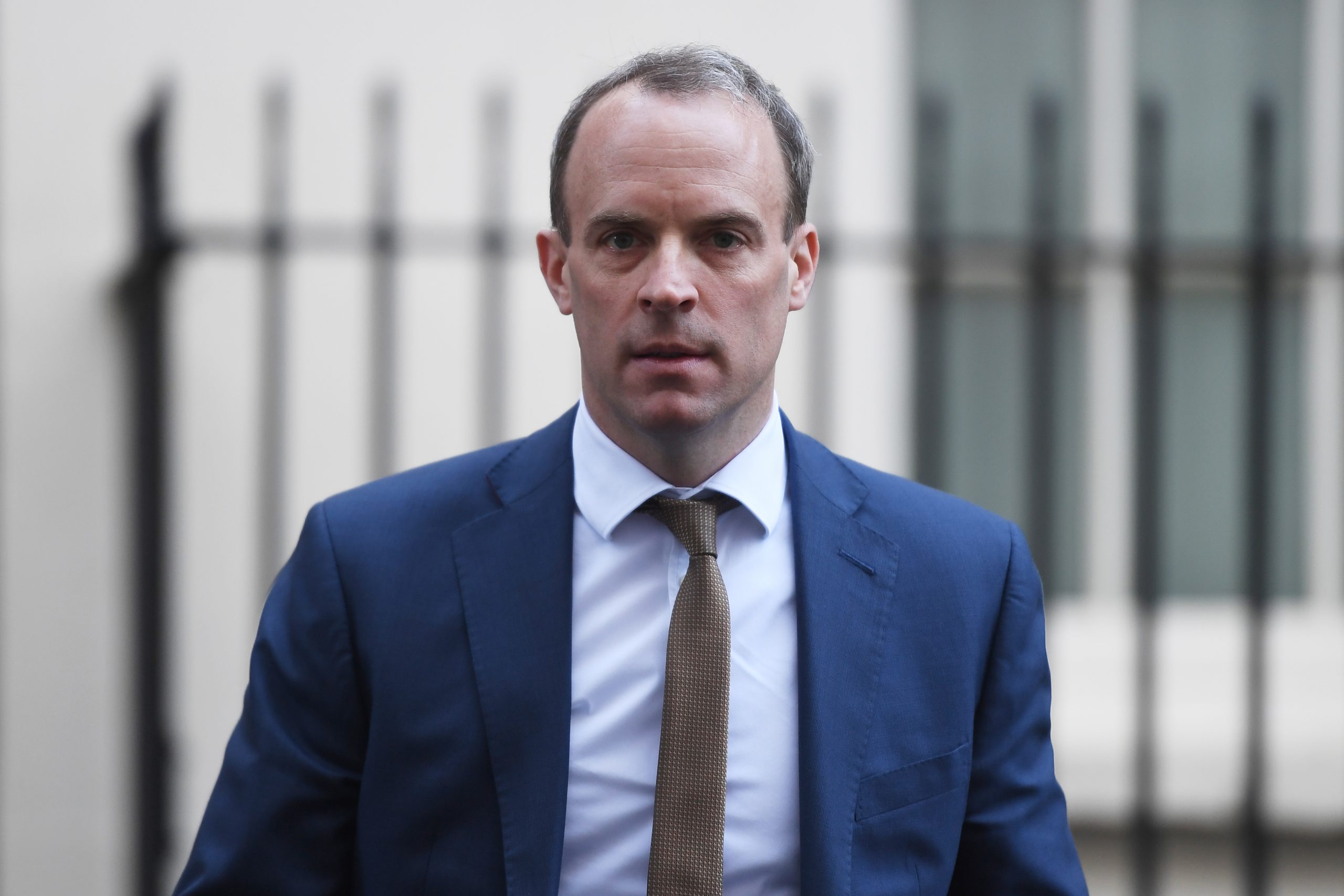 Dominic Raab has pledged to make the streets safer for women at night. (Photo by Peter Summers/Getty Images)
Follow Us

The UK is very close to turning the corner in its fight against the coronavirus pandemic and it is important to remain careful in the last lap of the process, UK foreign secretary Dominic Raab said on Sunday.

Raab was defending the government’s roadmap out of the lockdown, which is now set to ease further on May 17 when greater indoor interactions are expected to be allowed, with June 21 set as the date for a near complete end to lockdown rules.

Some groups and businesses such as restaurants have called for a quicker lifting of restrictions.

“I know that people are hankering to go a bit faster but actually we feel vindicated at taking steady steps out of the lockdown is the smart way to go,” Raab told Sky News.

“We’re very close now to really turning the corner and I think we still need to be careful to go as I said we don’t want to see the gains lost and the sacrifices that have been made undone. By the time we get to June 21 almost all social restrictions will be lifted, so there’s only a little bit more time to go but it’s right we do that in a careful way,” the minister said.

“I do think we just need to make sure that in the last lap, if you like, that we are careful and we don’t lose the gains we’ve made,” he said.

The minister also indicated that the government is looking at certain social distancing and other safeguards that would still be needed after June 21.

“We want to get to a position, at the end of June, where we can get life back as close to normal as possible, but they’ll still need to be some safeguards in place,” he said.

According to some plans in the works, daily lateral flow tests could be used as an alternative to isolation for those who have been in contact with someone who tests positive for the coronavirus.

Currently, these people must quarantine for 10 days but a trial in England will see daily lateral flow tests given to as many as 40,000 people. Participants in the trial will be sent a week’s worth of tests and will be able to go about normal life as long as their daily results are negative.

The trial could provide evidence that would reduce the length of time contacts of positive cases need to isolate.

“This new pilot could help shift the dial in our favour by offering a viable alternative to self-isolation for people who are contacts of positive COVID-19 cases, and one that would allow people to carry on going to work and living their lives,” said UK health secretary Matt Hancock.

The trial will begin on May 9 and close contacts of people with COVID-19 will be contacted by phone and sent seven days of the tests if they decide to participate in the study.

They will have to test themselves every morning for seven days and, as long as they test negative and do not have symptoms, they will be exempt from the home isolation rule.

“This study will help to determine whether we can deploy daily testing for contacts to potentially reduce the need for self-isolation, while still ensuring that chains of transmission are stopped,” said Professor Isabel Oliver, who is leading the study as Public Health England”s national infection service director.

“Contacts of cases are at higher risk of infection so testing them is a very effective way of preventing further spread,” Oliver said.

Meanwhile, the Sunday Times reported that health officials are drawing up plans to offer the Pfizer vaccine to secondary school pupils from September.

A document seen by the newspaper said children over the age of 12 could be offered a single dose when the new school year begins.

The move will depend on advice from the Joint Committee on Vaccination and Immunisation (JCVI), which has so far focussed on advice only for adults aged 18 and over. The government target is to cover all over-18s with at least one dose of a COVID-19 vaccine by July-end.