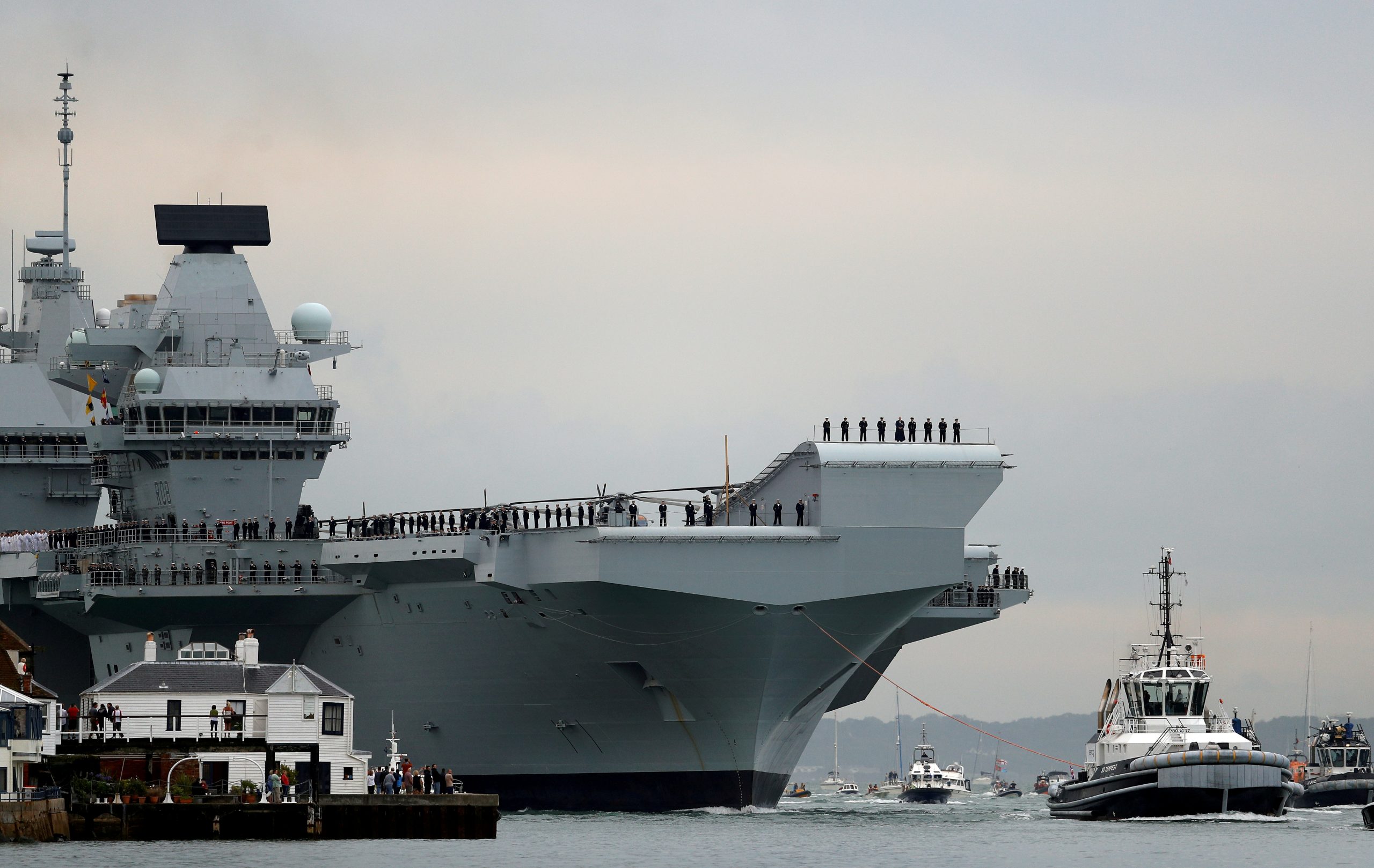 BRITISH and Indian military services will take part in exercises as the UK’s Carrier Strike Group (CSG), led by HMS Queen Elizabeth, sailed into the Bay of Bengal today (15).

The deployment “is a powerful demonstration of the UK’s commitment to deepening its diplomatic, economic and security-based ties in the Indo-Pacific region”, according to a statement from the British High Commission.

“India is essential in ensuring a free, open, inclusive and prosperous Indo-Pacific,” the statement added.

The Carrier Strike Group is led by HMS Queen Elizabeth. At 65,000 tons, she is the largest surface vessel ever constructed in the UK. She leads six Royal Navy ships, a Royal Navy submarine, a US Navy destroyer and a frigate from the Netherlands.

The CSG is manned by 3,700 sailors, aviators and marines from the combined forces of the UK, US and the Netherlands.

“Prime ministers (Narendra) Modi and (Boris) Johnson agreed to work in lockstep for our shared security and prosperity.

“This visit will boost the cooperation of our armed forces and show the living bridge connecting our people.”

“Both the Indian and the Royal navy are blue-water, multi-carrier navies, which places us in a very exclusive club. Our growing interactions are a testimony to the shared commitment to rules-based international system, a belief in the values of open trade, and in the importance of the freedom of the high seas.”