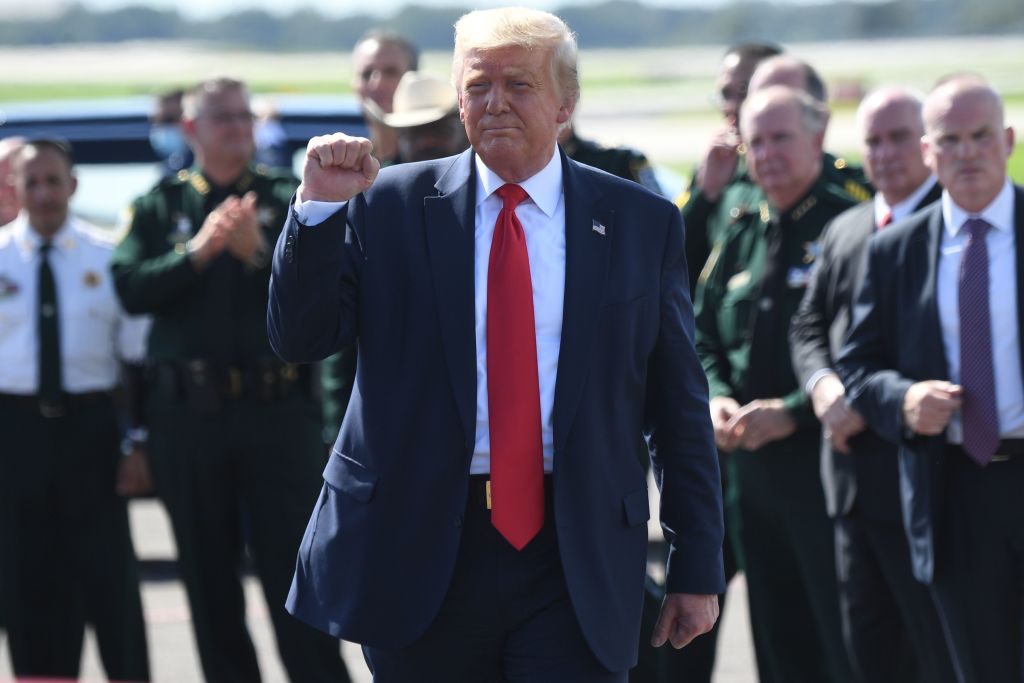 "The choice for president is clear for Indian-American voters: four more years of a Trump Presidency will further build on our US-India partnership and secure a prosperous future for all Indian-American families," said the Trump campaign.(Photo: SAUL LOEB/AFP via Getty Images)

US President Donald Trump’s reelection campaign has launched four coalitions as it seeks to boost its appeal among Indian-American, Sikh, Muslim and other South Asian communities ahead of the general election.

An estimated 1.3 million Indian-Americans are expected to vote in the November 3 election, including nearly 200,000 in Pennsylvania and 125,000 in Michigan, both must-win battleground states.

Earlier this week, in a major breakthrough for Indian-Americans in US politics, Biden, 77, had named Kamala Harris, 55, as his running mate to woo the Black voters and the influential Indian diaspora.

Ashley Hayek, director of the Trump 2020 coalitions, said the campaign will involve groups that “strongly support the values of President Trump and the Republican Party: freedom, democracy, and the ‘American Dream’.”

“As Joe Biden promises to impose high taxes, undermine family values, and make our streets less safe, we stand with President Trump and his mission to Make America Great Again,” she added.

The co-chairs of the Indian Voices for Trump are Merlynn Carson, Harmeet Dhillon, Mrinalini Kumari, and Al Mason, who is also co-chair of the Trump Victory Indian American Finance Committee.

“Indian-Americans are thriving under President Trump’s commitment to honour the comprehensive global strategic partnership with India, which includes the preservation of democracy, freedom, law and order and the advancement of quality education and economic empowerment,” the campaign said.

“The choice for president is clear for Indian-American voters: four more years of a Trump Presidency will further build on our US-India partnership and secure a prosperous future for all Indian-American families.”

The Hindus for Trump website shows Trump celebrating Diwali in the White House, and the campaign said it “honours contributions by millions of Americans of Hindu faith”.

“The inclusive economy, commitment to building up US-Indian relations, and fierce support for religious liberties for all is unmatched. Re-electing President Trump will reduce obstacles to religious freedoms for Hindus in America.”

The Sikhs for Trump coalition said it “recognises the selfless service of Sikh Americans in building up their communities”.

And the group’s website shows a picture of Indian civil aviation minister Hardeep Singh Puri presenting a bust of Mahatma Gandhi to Trump and First Lady Melania Trump during their visit to India in February.

Muslim Voices for Trump will “energise and mobilise” the Muslim community in re-electing Trump by sharing the many successes of his Administration, the campaign said.

“Re-electing President Trump will ensure the protection of religious liberties, economic prosperity, and educational opportunities for Muslims in America,” it added.

Pooja Patil, who heads several educational institutions, said both Indian-American Democrats and Trump supporters in battleground states had realised that they could be “kingmakers”.