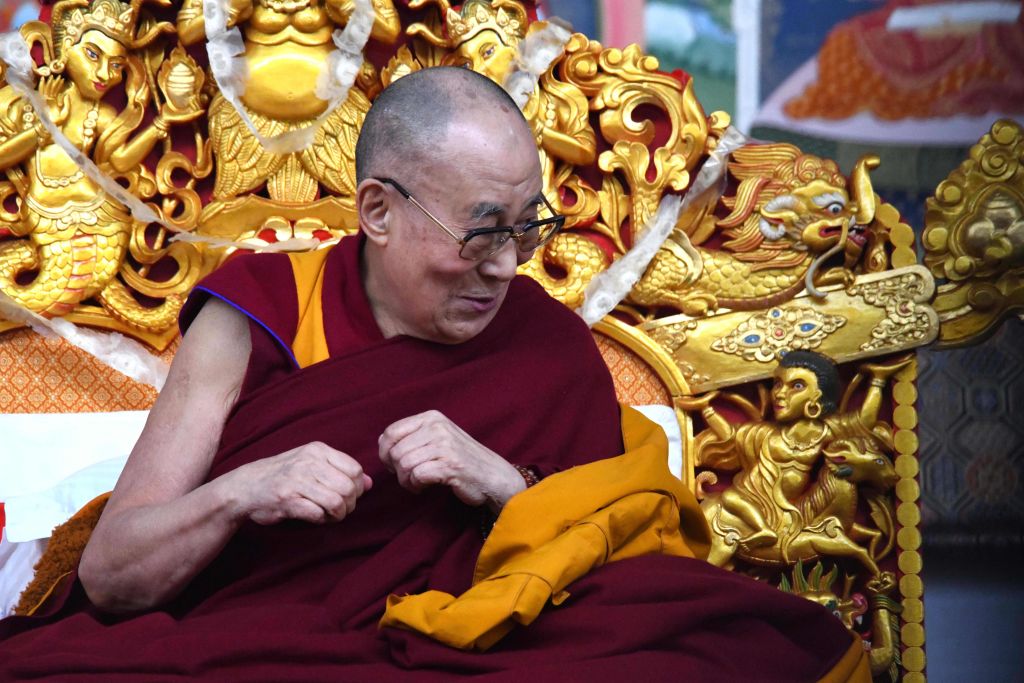 FILE PHOTO: Tibetan spiritual leader the Dalai Lama gestures during the fourth day of a series of teachings in Bodhgaya on January 5, 2020. (Photo by SUMAN/AFP via Getty Images)

SUPPORTERS of Tibetan spiritual leader the Dalai Lama have announced plans to establish a library in his honour in New York.

The Namgyal Monastery in Ithaca, New York announced the launch of a $5 million public fundraising campaign to build a Dalai Lama Library and Learning Centre.

Top US leaders have warmly greeted the Dalai Lama on his 86th birthday on Tuesday (6) describing him as an inspiration to people around the world.

Tenzin Choesang, the president of Namgyal Monastery in Ithaca, said he is seeking support from donors for a project of great benefit to all of humanity.

“Our vision – one that is supported and shared by the Dalai Lama – is to encourage genuine human interconnection and unity in an increasingly divided world. The Dalai Lama Library and Learning Centre will do this by creating a transformational hub of compassionate and humane education that is open to everyone, both in-person and online,” he said in a statement.

According to the monastery, the Dalai Lama Library and Learning Centre will span 9,240sqft and will serve as a repository for all the work of the current and previous Dalai Lamas.

Besides, it will be a place for study and exploration for the public, including students, scholars, spiritual, civic and business leaders, and practitioners of all faiths.

The Learning Centre will be a physical space as well as a virtual destination (via its robust website) for people across North America and the world, offering free and low-cost programmes, it added.

The 14th Dalai Lama has made the hillside town of Dharmsala in Himachal Pradesh his headquarters after a failed uprising against Chinese rule in 1959.

China does not recognise the Tibetan government-in-exile and accuses the Dalai Lama of seeking to separate Tibet from China.

“I am delighted to extend warm wishes to His Holiness the Dalai Lama on the occasion of his 86th birthday on July 6. His Holiness is an inspiration to many around the world who are drawn to his messages of compassion, equality, and inclusivity,” US Secretary of State Antony J Blinken said.

“I have deep respect and appreciation for His Holiness’ grace, wisdom, and humility, as well as his dedication to greater global equality and the equal rights of all people, including his fellow Tibetans. I wish His Holiness the very best.”

State department spokesperson Ned Price said: “Today we wish a happy birthday to his holiness the Dalai Lama, whose grace and compassion have served as an inspiration to all of us.

“We commend his dedication to the global Tibetan community and to all those around the world who share his important message of peace and kindness and his commitment to equality and, importantly, to human dignity.”

House of Representatives Speaker Nancy Pelosi tweeted: “It is an honour to join the Tibetan people and so many friends of Tibet to send warm birthday wishes to His Holiness The @DalaiLama.

“This is a beautiful opportunity to celebrate His Holiness and the message of hope and spiritual guidance that he has shared with the world.”