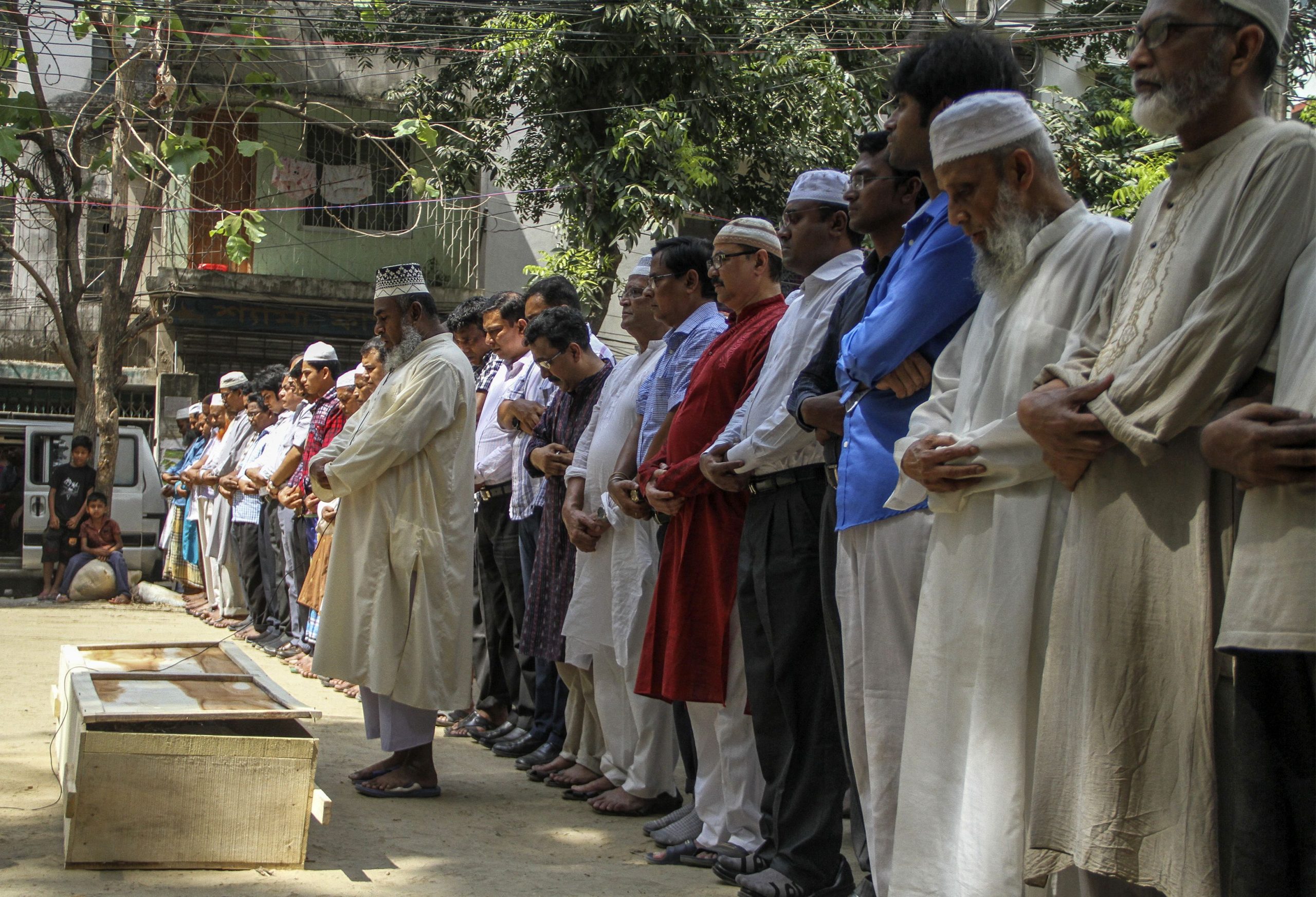 Xulhaz Mannan, editor of a magazine for Bangladesh’s gay and lesbian community, and fellow activist Mahbub Tonoy were hacked to death in a Dhaka apartment by machete- and gun-wielding attackers in April 2016.

Four of the six found guilty are still on the run. Two other suspects in the case were acquitted.

Nazrul Islam, one of the defence lawyers, said appeals would be made.

“My clients are completely innocent. They are not linked with these murders. They were framed unjustly,” he said.

Xulhaz’s friend and the co-founder and editor of the magazine, who gave his name as Rasel, said the verdict “does ease my pain for the moment” but did not provide justice to his community.

“I was forced to flee Bangladesh after the murders along with many others. I haven’t seen or touched my parents in the past four years,” Rasel, who now lives in the United States, said, adding that more killings could occur.

“This verdict is part of maintaining the status quo that criminalises gay people.”

The sentencing is the first time a Bangladeshi court has acted on violence against gay rights activists.

Homosexuality is illegal in the Muslim-majority nation, and security was tightened around the court for the sentencing.

Al-Qaeda in the Indian Subcontinent claimed responsibility for the murders, saying the duo were “promoting homosexuality”. Police, however, blamed homegrown extremists.

Police originally pressed charges against eight Ansar Al-Islam members and arrested four. Those on the run were tried in absentia.

Five of those convicted had already been sentenced to death in February for the 2015 murders of a blogger and a publisher who were hacked to death in separate incidents.

Roopbaan, Mannan’s magazine, was only published for two years but became a platform for promoting LGBT rights in Bangladesh.

Mannan’s group had planned to stage a “Rainbow Rally” in April 2016, but police would not allow the event to go ahead, citing security concerns.

Three months after the killings, Islamist militants stormed a Dhaka cafe and killed 22 people, most of them foreigners, before army commandos killed the attackers.

The Islamic State claimed that attack, as well as several murders of atheist bloggers, publishers and writers between 2013 and 2016.

The government has blamed domestic militants for the violence and launched a crackdown on suspected extremists in which scores of people have been killed by security agencies.