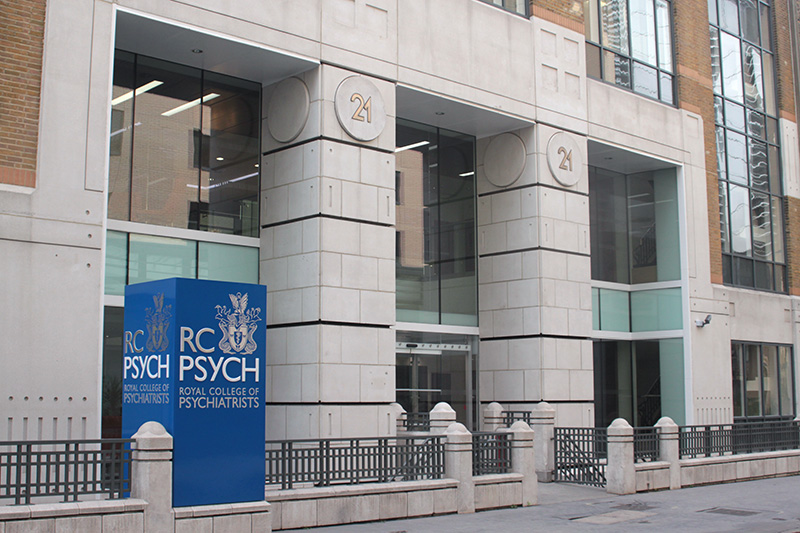 The Royal College of Psychiatrists HQ in London
Follow Us

A new research has revealed that six in ten black, Asian and minority ethnic (BAME) psychiatrists have faced racism at work, but only 29 per cent of these incidents were reported.

The BAME psychiatrists who have experienced racism said that it affected their health and four in ten (41 per cenr) revealed it had an impact on patients or carers, stated the research from the Royal College of Psychiatrists.

More than half (55 per cent) of the psychiatrists said that reporting a racist incident resulted in no change. The data is based on a recent Royal College of Psychiatrists survey of 233 respondents from a BAME background across the UK.

To tackle the problem the College is calling for mandatory training that specifically covers the impact of unconscious bias on decision making and structural inequalities for all mental health staff.

Psychiatrists also demanded for recording incidents and collecting data on experience of discrimination across all stages of career progression, as well as developing guidance to support employers to stamp out discrimination and support staff.

“It’s clear that prejudice and discrimination are deeply embedded across society and sadly even in healthcare. We need to empower mental healthcare staff to report racist incidents while offering assurances that decisive action will be taken when they do,” said Dr Adrian James, president of the Royal College of Psychiatrists.

“No one should ever have to suffer racism and discrimination at work, it not only affects their own mental health but also the patient care they can provide.”

Recently, the College published an Equality Action Plan to help combat structural barriers faced by psychiatrists and trainees throughout their careers and in their day-to-day work.

According to data, 39 per cent of the Royal College of Psychiatrists’ members are BAME– with 27 per centof members being Asian, 6 per cent Black, 2 per cent mixed heritage and 4 per cent other.

Dr Lade Smith CBE, presidential lead for Race Equality at the Royal College of Psychiatrists, said: “Everyone should be treated fairly regardless of sex, race, disability, sexual orientation, gender status, religion or any other characteristic. Prejudice and the discrimination that stems from it are inherently wrong and can lead to profound distress and unhappiness, which negatively affects mental wellbeing.

“It’s time to act and put equity at the heart of mental healthcare. There is no quality without equity.”