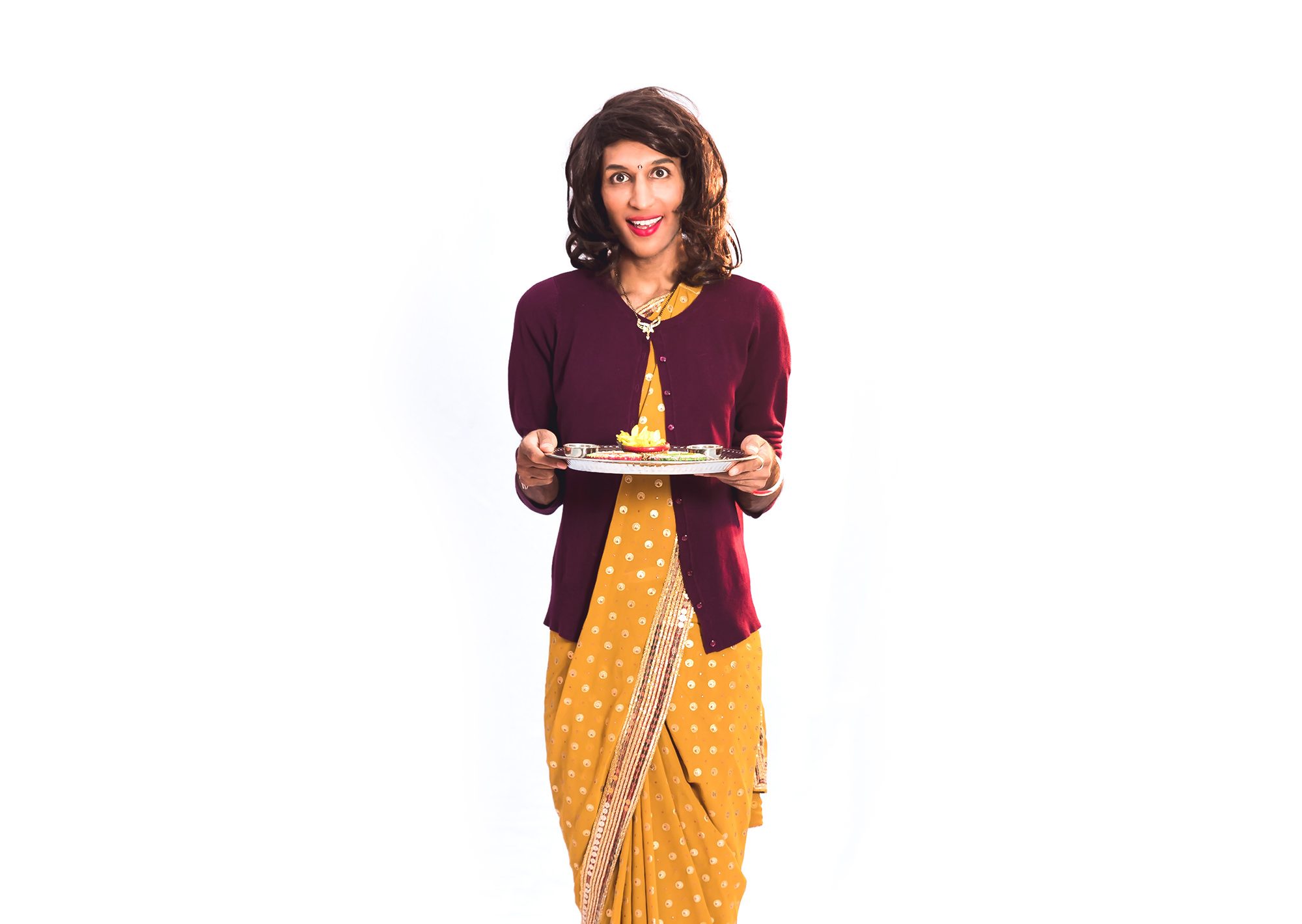 ONE of the big British theatre successes before the pandemic sent everyone into lockdown was hit play Mrs Kapoor’s Daughter’s Wedding.

The masterful mix of songs, comedy, dance, and colourful characters played to packed houses around the UK before theatres went dark due to Covid restriactions.

Now the musical stage comedy about an overbearing Gujarati mother planning the perfect wedding for her daughter has made a triumphant return with a lockdown-related twist, and is once again selling out shows.

Eastern Eye caught up with lead star Parle Patel to discuss the new rebooted version of a much-loved show.

You are at your best on stage, so how did you handle the lockdown and Covid-related closures?
Lockdown and closures were a strange thing for so many of us. Initially I was ok as I do love spending hours alone in my home studio working away on ideas, but eventually the four walls around me did begin to lose their charm. I handled lockdown like many others, with annoying Zoom calls, TV binges, excessive cleaning, and de-junking. In terms of work, I have been super lucky as my social media audience always received my online sketches with so much love.

What was it like being back on stage once again?
The stage is like a second home, so being back on it has felt like magic. When we got to the theatre for the first time, I took a second to stand on the stage and look into the lights above and just take a moment. I thanked God and all the people I’ve lost through lockdown for showering me with their blessings to be back on stage.

How have you rebooted Mrs Kapoor’s Daughter’s Wedding?
Lots of the show has changed and much of it has also become relevant to what we’ve all just been through. The best thing is even if you’ve seen the show before, you’ll be in for a new treat this time.

What can we expect from the new version of the show?
Expect all the laughter from the original with extra trimmings that highlight the drama of how tricky it has been to plan a wedding during the lockdowns.

Why do you think this production remains popular?
We are a simple family production house that represent some of the fun, excitement and silly things that happen in an Asian household. The dialogue is often delivered in two-three languages, making it accessible to people of different backgrounds and cultures.

What else can we expect from you?
Lots and lots – with the festive season in full swing, expect lots of comedy videos on Planet Parle and of course, more opportunities to see Mrs Kapoor’s Daughter’s Wedding.

How much does it mean to you that audiences are coming to see the show?
It’s the most special feeling. Audiences can pick so many things to fill their time with and spend their money on, but the fact that they choose us is so special.

What kind of live shows and events do you enjoy watching as a viewer?
I just went to see East Is East and loved every second. I have a very eclectic taste. I love a good play or a dance showcase, but I also really enjoy more abstract works too.

What inspires you?
There are so many artists to name, but being one tiny dot in the growing south Asian arts scene is what drives me forward. Seeing other artists I love, especially those from the generation above who have paved the way really inspires me, as do they.