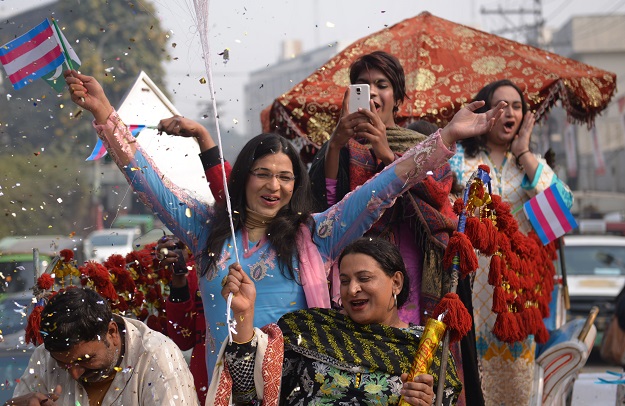 All transgender people are now eligible for medical treatment including reconstructive surgery under the scheme, which was set up to enable poor and marginalised communities in Pakistan to access healthcare (Photo: ARIF ALI/AFP via Getty Images).

PAKISTAN has extended a government health insurance scheme to transgender people for the first time, in a move aimed at ending discrimination in access to care, an official said.

All transgender people are now eligible for medical treatment including reconstructive surgery under the scheme, which was set up to enable poor and marginalised communities in Pakistan to access healthcare.

Prime minister Imran Khan said his government was “taking responsibility” for trans people, who say they are routinely denied treatment and can face harassment or ridicule from hospital staff and patients.

Hospital staff often associate them with prostitution and HIV/AIDS, they say.

“It is part of a grand programme to provide health insurance not just to the poor but the vulnerable sections of society, including … transgender (people),” said Zafar Mirza, a special assistant to Khan, late on Thursday (31).

“Any person who identifies as transgender is eligible for this health insurance programme,” he told.

The insurance provides cover of $4,670 a year for treatment of all ailments, including cancer and heart disease, Mirza said.

It is part of an existing scheme that issues health insurance cards to anyone earning less than $2 a day, although transgender people will not face that test.

The programme is the latest step to combat the social exclusion of transgender people in the deeply conservative Muslim-majority country, where homosexuality remains a crime.

Transgender Pakistanis gained recognition in 2009 when the Supreme Court granted them equal rights, ruling that they could be categorised as a “third sex” on national identity cards.

They were counted for the first time in the 2017 national census, which recorded 10,418 in a population of about 207 million, though charities estimate there are at least 500,000.

Many live outside mainstream society, earning a living as dancers or forced into sex work or begging.

Only fraction of the trans population would get insurance as those who had not registered themselves as third gender on national identity cards for fear of being stigmatised would not be eligible, she said.

“The scheme is good but healthcare providers need to be sensitised,” said Khan. “Many of us resort to drugs and alcohol because we need psychiatric help and empathy to overcome the continuous harassment we face.”

Aisha Mughal, a transgender rights expert and consultant at the human rights ministry, said about 2,500 trans people were currently registered.

“Only a few transgender people know about this and the first step is to spread the word,” Mughal said. “It is just the beginning.”