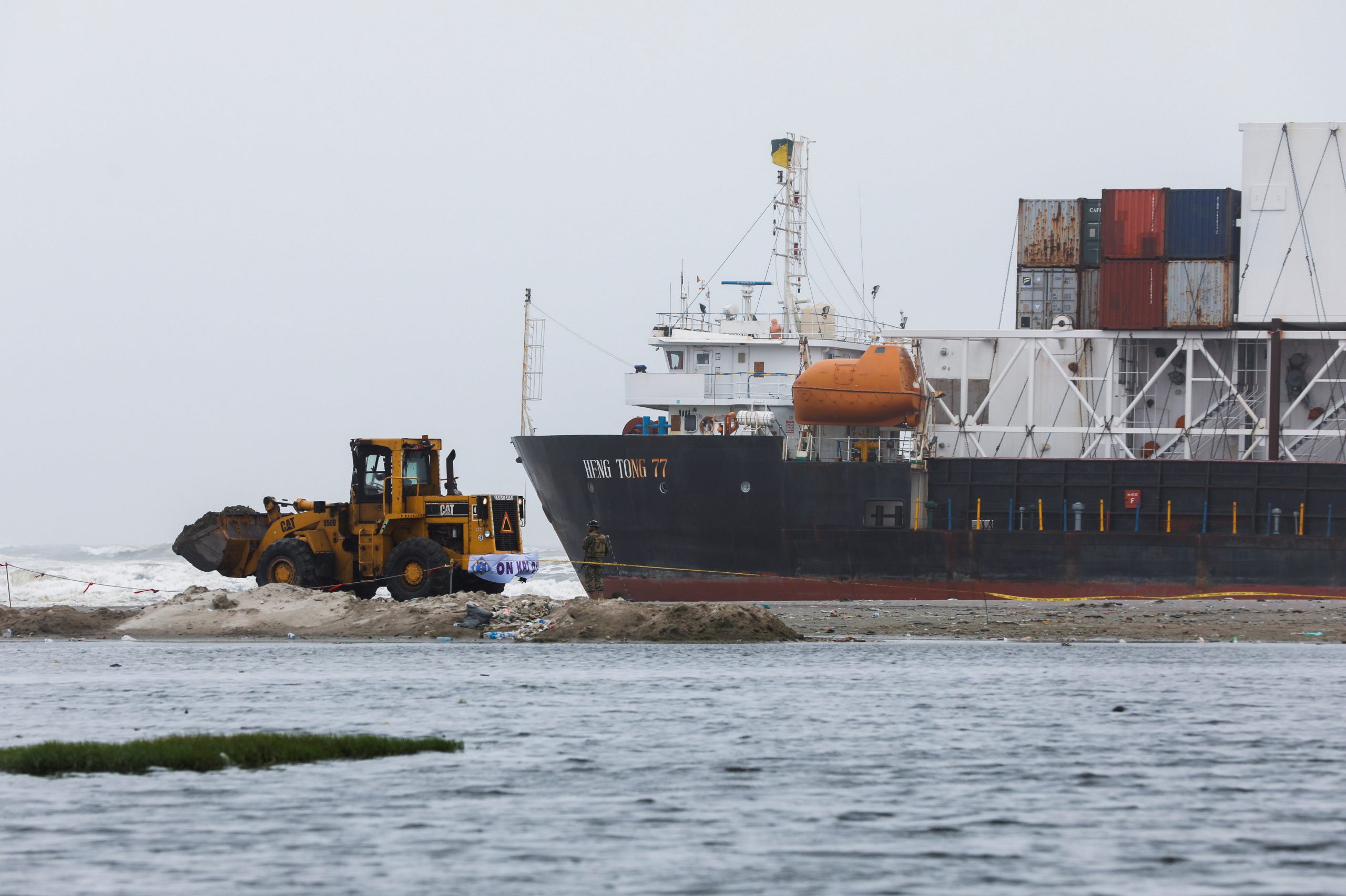 PAKISTANI port authorities planned to remove fuel from a merchant ship that ran aground in rough seas last week before making a salvage attempt in the middle of next month, an official said on Monday (26).

The Panama-registered MV Heng Tong 77 was anchored in Pakistan’s territorial waters off Karachi for a crew change on July 21 when it lost anchors due to rough seas and drifted towards the shore, Karachi Port Trust (KPT) said.

“By the time the vessel informed KPT of her drifting, it was already in shallow waters,” the port authority said in a tweet. The ship is carrying 118 tons of bunker fuel.

The port authorities have given notice to its owners to take out the bunkers containing fuel within 48 hours.

“If they don’t, the port authority will remove the ship’s bunkers, we cannot take any risk with its oil,” Mahmood Moulvi, special assistant to the prime minister on maritime affairs, told reporters.

“We are taking all measures to avoid the spill of even one drop of oil at our beach,” he said.

An attempt to salvage the ship could not be made before August 15, Moulvi added.

On July 27, 2003, Tasman Spirit, an oil tanker, ran aground while navigating to the port of Karachi.

It broke up and spilled around 30,000 metric tons of oil over the next few days, in one of Pakistan’s worst environmental disasters.