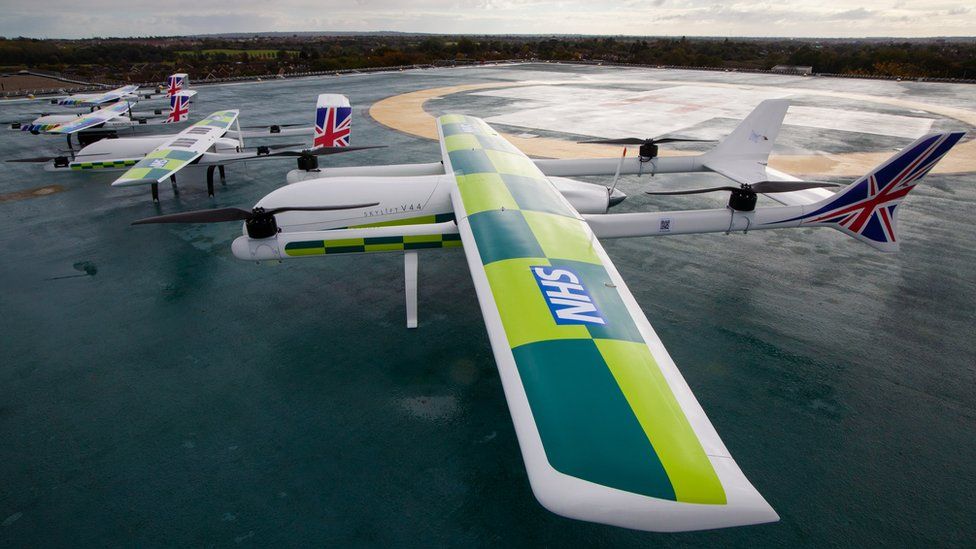 In a move to mark the 74th anniversary of the NHS’s creation by the postwar Labour government on July 5, drones will be flown to deliver chemotherapy drugs to cancer patients in England, to help avoid long journeys required to collect them.

In the trial run, the devices will reportedly transport doses from Portsmouth to the Isle of Wight and if successful, drones will be used for similar deliveries in other places as well.

The drones will supposedly take 30 minutes to travel across the Solent, the strait between the Isle of Wight and Britain which will help save cancer patients on the island. According to health officials, chemotherapy was chosen because the drugs have a short shelf life and are difficult to transport. A round trip to the island takes three to four hours by ferry or hovercraft.

Patients on the island will be able to pick up the medicines from their local hospital or pharmacy, instead of travelling to the mainland for prescriptions.

It is hoped that drone technology will one day enable doctors to make ‘same-day delivery’ orders for drugs and medical equipment in other parts of the country, a report in the Daily Mail stated.

Amanda Pritchard, NHS England’s chief executive who unveiled the move is quoted as saying, “Delivering chemo by drone is another extraordinary development for cancer patients and shows how the NHS will stop at nothing to ensure people get the treatment they need as promptly as possible, while also cutting costs and carbon emissions.”

The NHS has said that the first drone deliveries will be starting “shortly” subject to the results of the last of a series of test flights on Tuesday.

The Guardian reported that the drones will collect the medications from the Queen Alexandra hospital in Portsmouth and fly them to St Mary’s hospital on the Isle of Wight, where staff will collect and distribute them.

The weight of the drones is 85kg, it has a wingspan of 5 metres and can carry a load of up to 20kg. The scheme is the result of a partnership between NHS England and the technology company Apian.

Alexander Trewby, Apian’s chief executive stated, “This project marks a very important first step in the construction of a network of drone corridors connecting hospitals, pathology labs, GP surgeries, care homes and pharmacies up and down the country.”

Darren Cattell, the chief executive of the Isle of Wight NHS trust, is quoted as saying “We are still at a relatively early stage” of drone use in healthcare but that drone could have “radical and positive implications for both the NHS and for patients across the UK as well as the Isle of Wight.”

Health Secretary, Sajid Javid claimed he wanted to see the country become a “world leader in cancer care.” He added, “Using the latest technology to deliver chemo by drone means patients will have quicker, fairer access to treatment no matter where they live.”