‘My dad’s philosophy was to help selflessly and give plenty’ 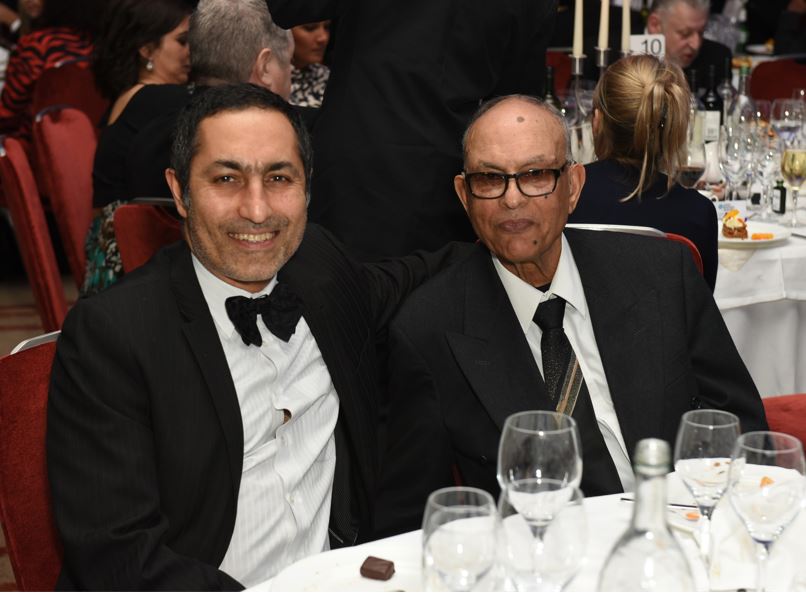 MY FATHER, Om Parkash Shabi, a stalwart of the UK’s south Asian community, unexpectedly passed away on September 22, after nine days in intensive care, unable to recover from significant injuries after a hit and run incident.

While nowadays it’s quite easy to quickly amass hundreds of so-called “friends” on social media, a measure of my father’s popularity is how easily he rivalled that by physically maintaining hundreds of close companions, stretching back years.

He was like a human Facebook. He was motivated by offering unconditional help and support to those around him. He did not want anything in return; community welfare was paramount to him, almost like some sort of selfless, social gluing agent.

Whether you liked it or not, if he discovered you were single or had a family member as such, he was quick on the phone, always trying to arrange matrimonial introductions, many of which resulted in successful marriages.

He was patriotic too and his insatiable appetite for consuming news and politics was extraordinary. He would pass on press cuttings to his friends, or he would ring them, demanding they watch a programme on say, a south Asian current affairs TV channel and there would be an invitation to a follow-up discussion afterward.

Incredibly outgoing, even at 85 years, my father regularly walked five to 10 miles each day. If ever there was an Olympic event for never-ending walking, he could be a gold medal contender. It’s ironic therefore that he eventually fell victim to this shocking road incident, while pursuing his two first loves – going out for a walk while getting a newspaper.

It’s so cruel; he had plenty of quality years ahead of him with still so many plans he wanted to pursue.

My father was a self-taught, culinary master; his cooking could rival any of the best Indian restaurants around. On one occasion, we turned up at a makeshift wedding venue, only to find there was just one domestic kitchen gas cooker with which to feed 500 people.

To my amazement, somehow, my dad still pulled it off by also using his emergency burner, which was stored at the back of his van.

The challenge didn’t end there. Like many Asian weddings at the time, 800 guests had turned up, way beyond the 500 we were originally told to prepare for.

Without hesitation, my dad improvised. We had a vat of dahi bhalle (dumplings in a yogurt sauce) that weren’t as popular with the guests, so my dad turned that into some sort of yoghurt-based curry with a hastily fried tarka.

The second dish involved a dozen cauliflowers we bought from a grocery store across the road. My dad simply tossed the cauliflower intro a massive pan and steamed it whole, sprinkled with some left-over coriander and paprika. Both dishes went down a storm.

My father was modest, but I can proudly say that it is no surprise he ended up catering for some illustrious people when they visited the UK – they included the former prime minister of Pakistan, Benazir Bhutto, and Bollywood stars Dharmendra and Hema Malini.

My father was practical, straightforward and preserving. He was also a sincere public servant who organised and hosted events for his ever-growing social circle. In the 1970s, he co-founded the India International Club, a forum for newly-settled Indian migrants in the UK.

Other initiatives included holding Urdu poetry events (mushaira) at Hounslow Civic Centre, also in the 1970s. CH Athma’s concert in Acton Town Hall 1975 was another high point. I remember my dad desperately rushing out to buy a bottle of whisky for this deeply conflicted maestro of ghazals, who would not go on stage without consuming the drink.

Beyond his family, my father will be sorely missed by his community too.

His values revolved around always being practical, straight forward and thinking first about what he could do for others over and above his own need.

He was selfless and his general philosophy towards life and being a dad was to always give plenty – whether that was his time, physical help or resources – but never expecting anything in return.

Sanjay Shabi has worked at MediaCom, one of the world’s largest media buying
agencies, for more than two decades. He currently acts as the board director and head of Pan Regional Offline Media and Head of CultureCom UK, which helps its clients develop a long-term relationship with diverse communities across the UK.