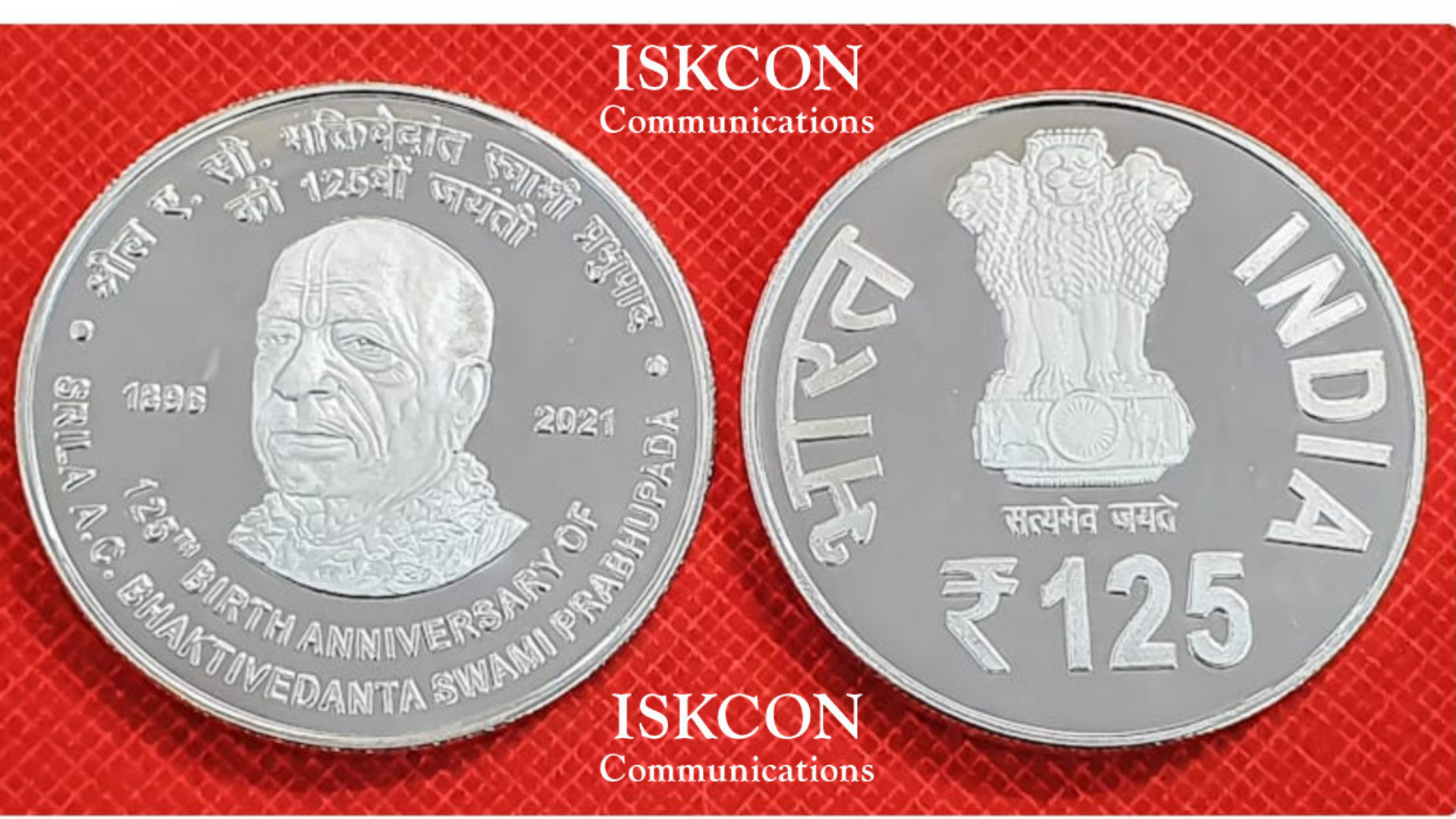 Modi, who unveiled the coin through a video conference, praised Srila Prabhupada’s effort to share the teachings of Lord Krishna, Bhagavad Gita and Indian culture with the world. Six hundred devotees from more than 60 nations took part in the event.

On the occasion, Modi recalled the life of the spiritual leader, who was born near the present-day Kolkata in the eastern Indian state of West Bengal on September 1, 1896. He fought challenges to establish ISKCON in 1966 and opened 108 temples worldwide, which today has gone over to 800. In India, he laid the foundation of 300 centers.

Srila Prabhupada died in Vrindavan in the northern Indian state of Uttar Pradesh in 1977 at the age of 81.

After unveiling the coin minted by Kolkata’s Alipore Mint, Modi also thanked ISKCON members for not only spreading the Indian culture worldwide but also taking social initiatives like running the world’s largest vegetarian food relief programme, especially in times of the coronavirus pandemic wherein the volunteers served more than 25 crore (250 million) meals across the country.

Several events and programs have been planned across the world to commemorate this year. The programmes will include international cultural festivals, conferences, school contests for children and youth besides outdoor activities to take forward the message of peace and goodwill that Srila Prabhupada taught.